The HFF recently hosted the only airworthy Boeing B-29, “Fifi,” of the Commemorative Air Force. The history of Fifi can be found here. 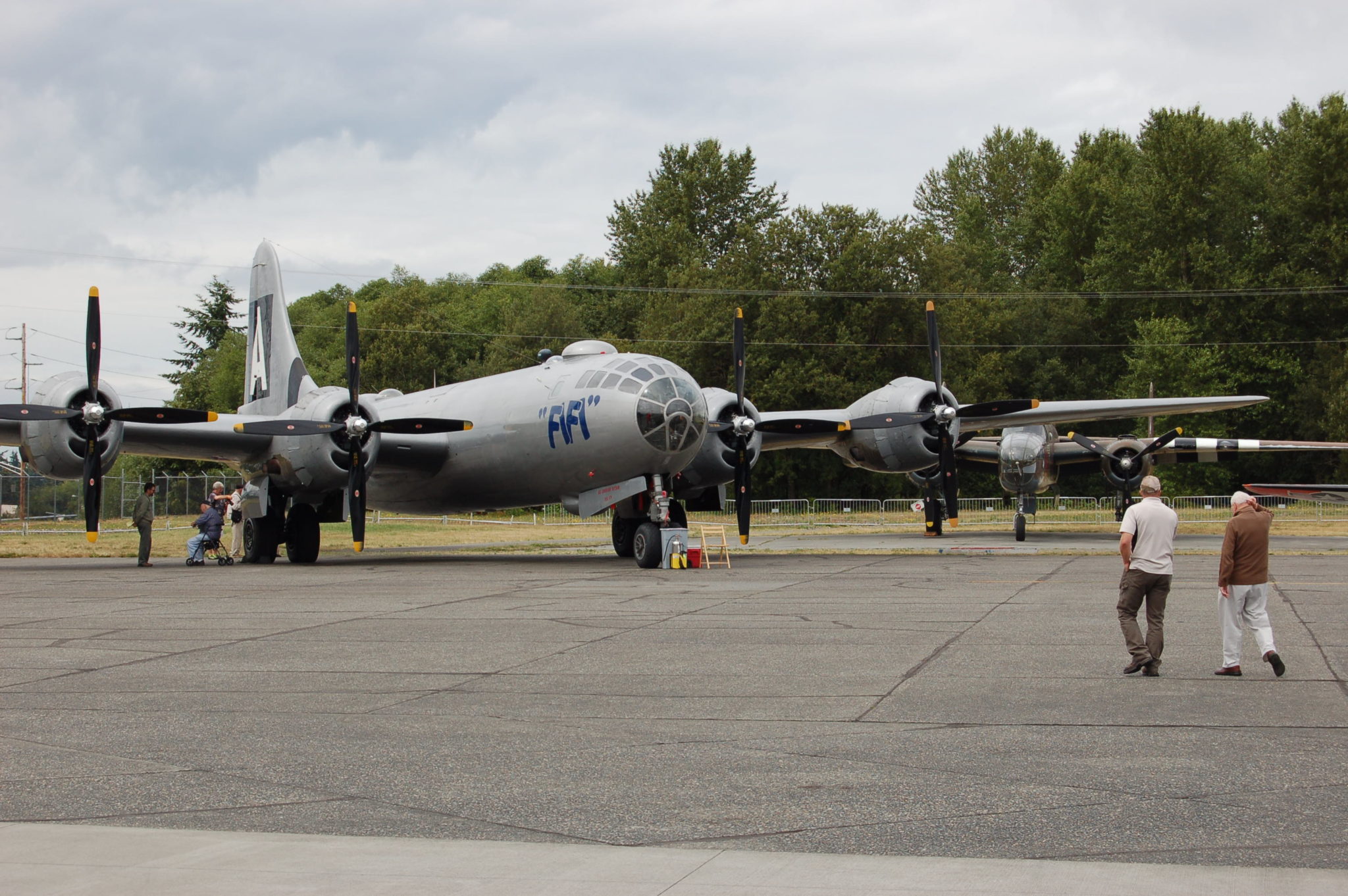 The Commemorative Air Force Boeing B-29, the only airworthy example. Shown at the Historic Flight Foundation, July 2014. Photo by Scott Hamilton

Another aircraft on display this day at HFF was the B-25 Mitchell, named Grumpy. Built by North American, the B-25 made history when a group of them flew off the aircraft carrier USS Hornet to bomb Tokyo in the first offensive by the US against Japan following Pearl Harbor. 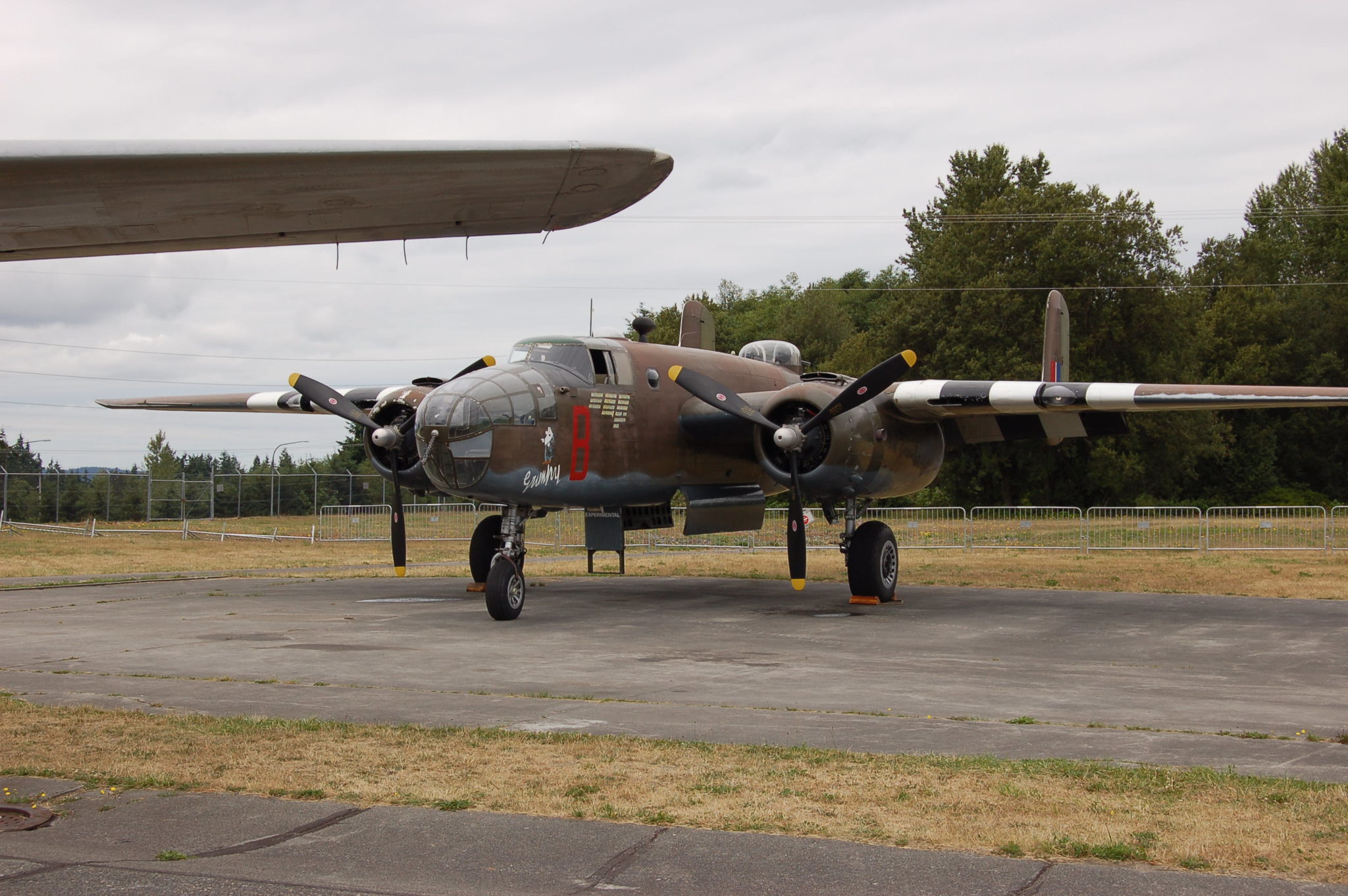 The HFF offers rides in this B-25.

Another airplane owned by HFF is the Beech C-45, the military designation of the Beech 18. Rides are also available in the Beech. But our favorite is the Douglas DC-3, in Pan Am colors. This airplane was operated not by Pan Am but by China National Aircraft Corp (CNAC) and then served as an executive aircraft post-WW II. It still has the executive interior. 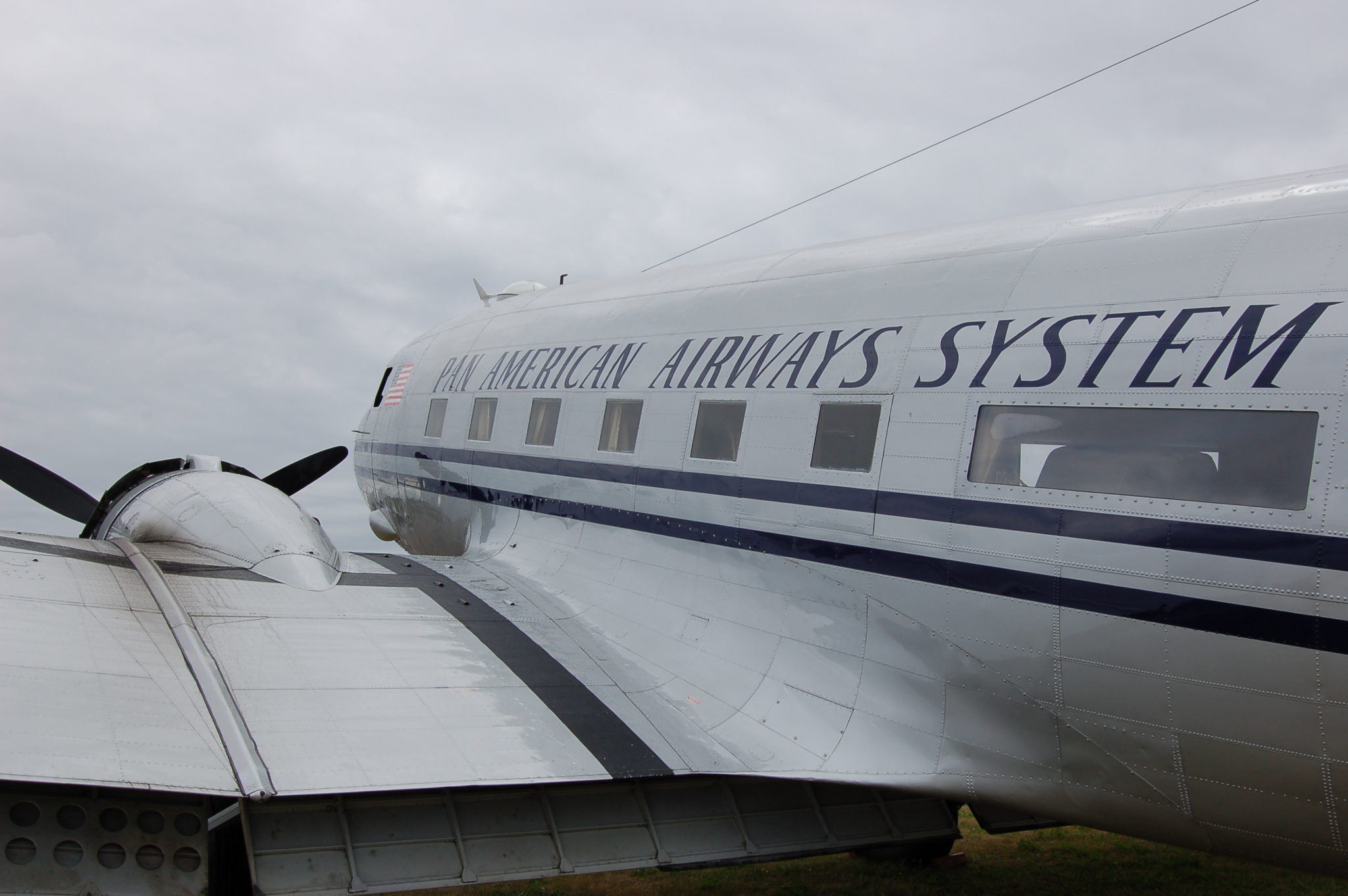 We’ve been on this airplane twice for flights, most recently in July on a low level flight around Orcas Island in the San Juan Islands chain in Washington State. 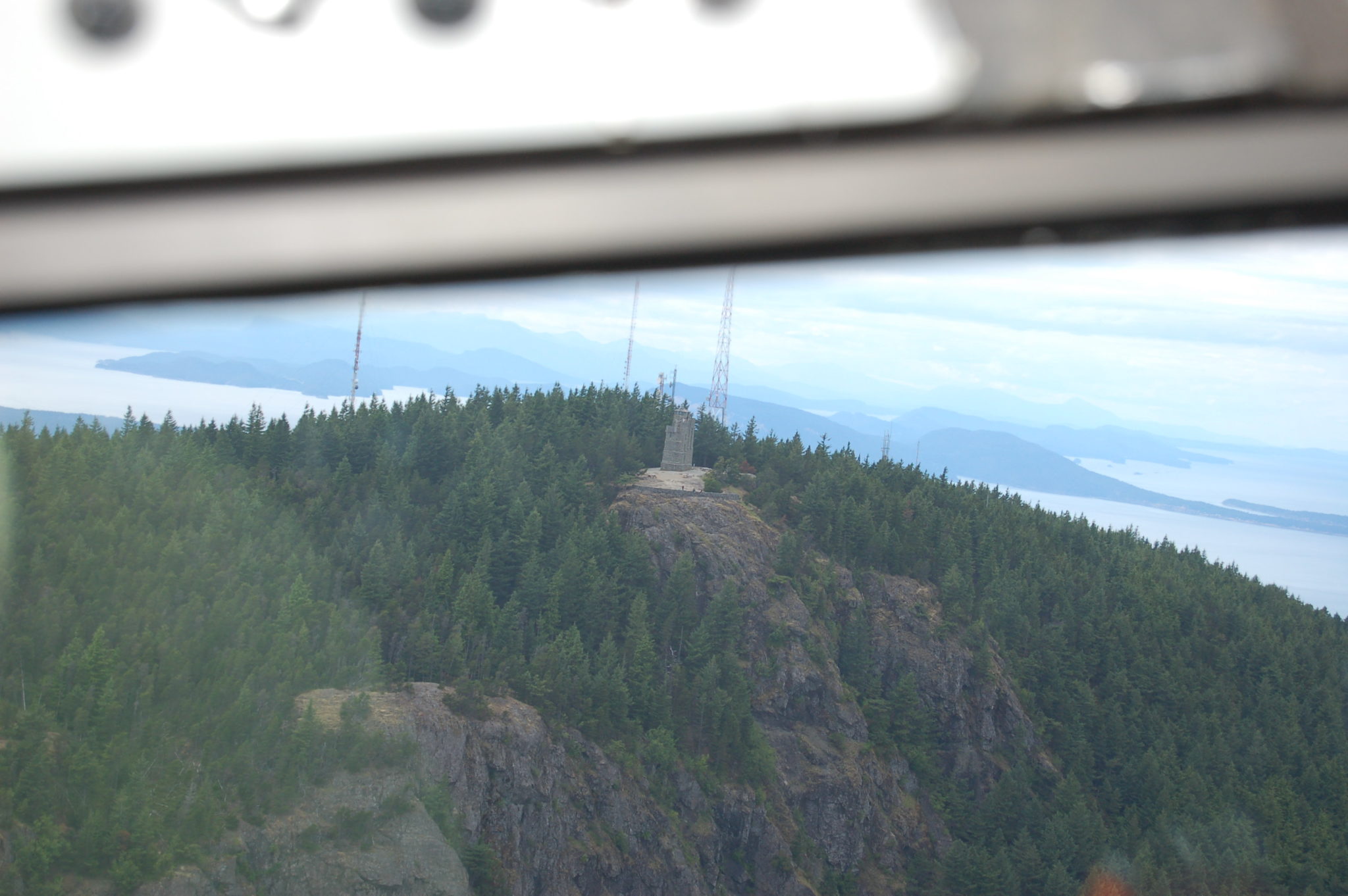 Mt. Constitution is where yours truly proposed. We celebrated our 10th wedding anniversary during the week of the Farnborough Air Show, which is why I was in Washington and not at the Air Show.

6 Comments on “An alternative air show”