Kiran Rao, Executive Vice President, Sales & Marketing for Airbus, was quick to take aim at the advertised seating capacity of the MAX 200 and at the 197 seats Ryanair CEO Michael O’Leary says will be in the carrier’s configuration.

In an interview with Leeham News and Comment, Rao said that Boeing has to eliminate too many galley carts, even at reduced food and beverage options, to adequately service passengers. One cart is needed for every 40 passengers.

“The galley on the 189 seat A320 has eight trolleys (carts),” Rao told us. “The 200 seater 737 has only five trolleys. We have spent time optimizing our design as all our customers needed galley space. Up to 30% of low cost carrier revenue comes from ancillary revenue. You don’t get a free meal or drink on an LCC but you can buy one and the margin on sales is greater than the margin selling seats. Hence LCCs need galley space and our A320 with 189 seats is the optimum use of space.”

As we noted last week, the MAX 200, at 200 seats, requires an additional flight attendant. At 199 seats, the additional attendant (and its cost) is not required. O’Leary said his Max 200s would be configured with 197 seats. Rao believes Ryanair ultimately will have to configure for 194 seats because of the trolley requirement to efficiently service the passengers for the ancillary revenue that is the staple of Ryanair’s business model. 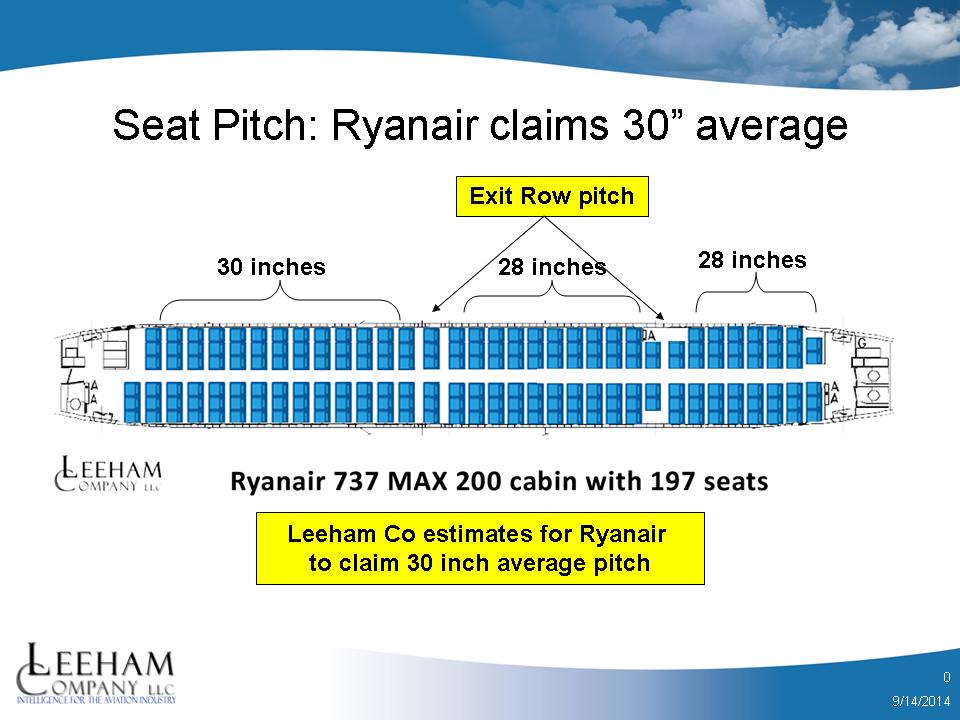 Rao also claimed the MAX 200 won’t have enough overhead bin space for the increased passenger capacity, though we might point out that since nearly all LCCs charge for checked baggage, this may not be viewed as a negative.

“The overhead bins on the 737 are already too small,” Rao said. “With 200 passengers, I would not like to be the cabin crew trying to solve the space puzzle.”

“In summary, the nine seat delta today between the 737-8 and the A320 will be reduced to five seats. Our fuel efficiency will make the five seat delta insufficient to cover the delta costs. Hence the A320neo will lead the market for the next decade,” Rao says. “The A321neo is an order of magnitude better than the 737-9…and the sales figures prove it. Boeing is not well positioned in the Single Aisle market.”

← Airbus could decide on A380neo within six month: Emirates’ Tim Clark
The airline industry is changing and acting like real businesses to return value for shareholders →