At what price do used A380s make sense?

Dec. 3, 2014: It’s been seven years since the first Airbus A380 entered service with Emirates Airlines. Tim Clark, the carrier’s president and chief operating officer, told Leeham News and Comment in September that when the A380s reach age 12-15, the period assumed for a useful life in the Emirates business plan, he’ll just send the airplanes to the desert and cut them up.

Aside from cargo conversions, for which the A380 is a poor candidate, is there an alternative for the secondary passenger market? 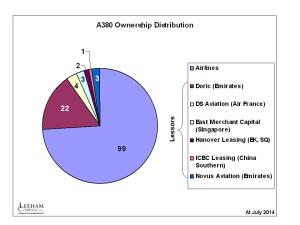 Figure 1. The Airbus A380 has highly concentrated lessor ownership, and these are largely special purpose companies for specific airline/aircraft transactions. Doric Leasing of Germany is for Emirates Airlines (EK). EK plans to park its A380s at age 12-15 and scrap them. But lessors may have a different view, providing used A380s can be sold or leased cheaply. Click to enlarge.

Discussion
It was a rather stunning statement by Emirates Airlines (EK) president and COO, Tim Clark, that he would just scrap 12-15 year old Airbus A380s, as these airplanes reached this age. Emirates depreciates its aircraft over this short time period and, with maintenance cycles coinciding with this in the EK business plan, Clark views the airplane as run-out and ready for the scrap heap.

Given that a well-maintained aircraft can operate for 20 years or more before it becomes economically obsolete, this view seems premature.

But swapping a Very Large Aircraft from one operator to another is a costly process that could make it economically infeasible. It’s one thing to move a narrow-body aircraft around—the transition costs tend to be in the low millions. It’s quite another where the transition costs for a VLA (or even a medium wide-body) add up quickly. Reconfiguring a VLA’s interior to the secondary operator’s configuration and passenger experience standards could cost up to $30m. Simply taking the EK configuration isn’t an option, either from Emirates’ point of view or from the secondary customer’s. 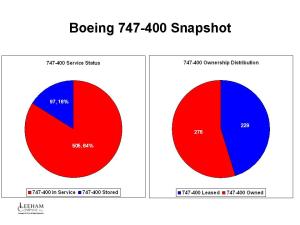 Figure 2. Used Boeing 747-400s are plentiful and cheap but airlines are retiring these airplanes. First entering service in 1989, the engine technology is old and the airframe not as efficient as today’s 747-8. A 12-year old 747-400P is valued at $22.5m half-life by Aviation Specialists. Click to enlarge.

Delta Air Lines is well known for liking old aircraft, buying them for low capital costs and converting them to DL’s configuration. Is there a scenario in which Delta might actually acquire some A380s, an airplane the CEO has said is uneconomical except for state-owned airlines? Would Delta want the behemoth, even at a low price?

According to the appraisal firm Aviation Specialists, a 12 year old A380 will have an estimated current market value of $80.1m in 2019 in “half-life” condition. Half-life means about half the hours and cycles remain before major overhaul of the airframe, engines and key components are required. 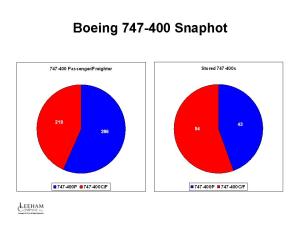 Aviation Specialists estimates that a fully run-out A380 will be reduced in value by about $27m, bring the acquisition cost to purchase the airplane down to about $53.1m Delta, or any other airline interested in acquiring a used A380, would have to overhaul the airplane and reconfigure it. But Airbus, anxious to put the airplane into the US with Delta a key target, might be willing to assist in both areas, lowering the delivered cost.

The Boeing 747-400 is plentiful and, by today’s standards, cheap to acquire. A 12-year old 747-400P is valued at a mere $22.5m half-life, according to Aviation Specialists. Yet airlines have been retiring these perfectly serviceable aircraft in significant numbers, though the current sharp decline in fuel prices might extend the life of some of these for a few more years. But the technology is old, from the 1980s, and Delta and United airlines–the remaining US operators–are retiring these from their fleets, as are non-US carriers. 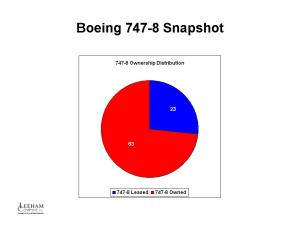 The Boeing 747-8 entered service five years after the A380 and has current technology engines, a new wing and some new systems compared with the A380’s decade 2000 technology. Despite the newer technology, just 119 747-8s have been order, about one-third that of the A380s, and only 51 of these are 747-8Ps, including VIPs. Several of the VIPs and some of the freighters are in storage.

Boeing has struggled to sell the 747-8 in a weak VLA market and an even weaker global cargo sector. One problem is that the 747-8 fell short of its economic promises from the start. Boeing continues to enhance performance, with engine supplier GE undertaking Performance Improvement Packages for the GEnx engines (the A380 engine makers also have PIPs). Boeing is also proceeding with elements of “Project Ozark,” the PIP drive for the airplane overall.

“The performance improvement components are available for the 747-8 Freighter and Intercontinental. The timing of when we implement the components will be driven by market demand,” a Boeing spokesman said. “After discussions with our operators, many of these performance items are committed which have led to, among other things, 9,000 lbs. of weight reduction since entry into service. Other unique items may be implemented as a function of operator need and request.

But with the first 747-8I passenger model going into service only in 2012, and with few sales of this version, it will be a long time before the projected value some down. Aviation Specialists estimates that a 12 year old 747-8I will be valued at $65.7m at half-life in 2024. There is unlikely to be much demand for a 747-8I.