June 17 2016, ©. Leeham Co: Having covered the Air Traffic Management challenges that are present in the North American and European airspaces, we will now put the light on another air traffic hot spot, the Middle East.

Figure 1 show that air traffic is more intense over the US and Europe airspaces but that there are main crossroads to Asia and Africa that take their route over the Middle East, and the area has hot spots. 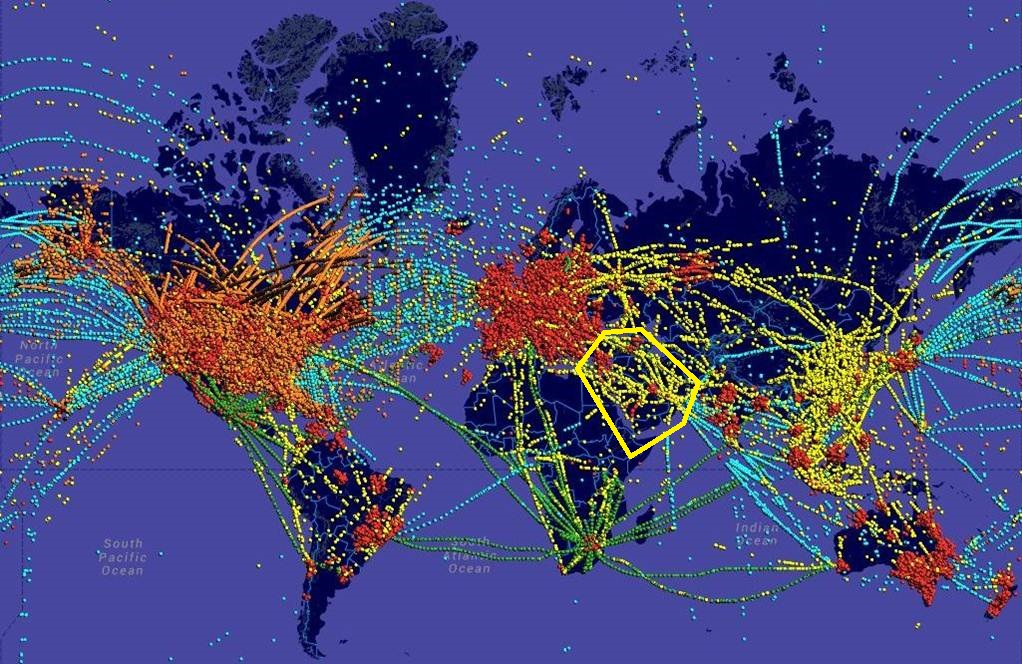 As we have seen, the technical solutions are well on their way to enable the implementation of a modern and efficient Air Traffic Management. Both the US and European air space modernization is hinging on how well the human factors change process can be accomplished (in the US budgets are also a hindrance).

If we add political factors to the jam, we have a good description of the situation in the Middle East.

A politically hot area
The Middle East air traffic, focused in Figure 2 with two yellow lines pointing out the Jeddah and Gulf states mega airports, is very much at the cross roads to South-East Asia air traffic. One can see that most traffic patterns going-to or coming-from South-East Asia pass the Gulf States. 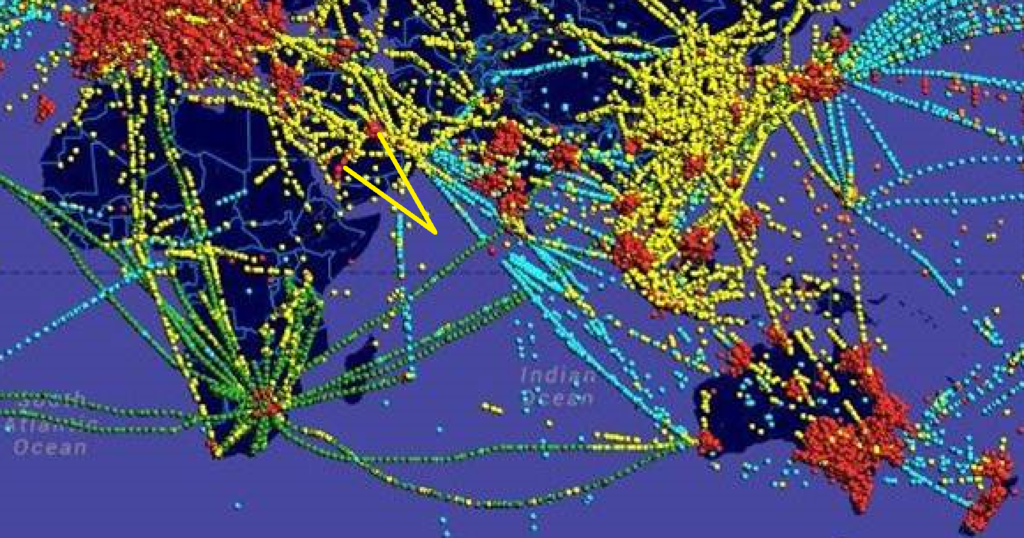 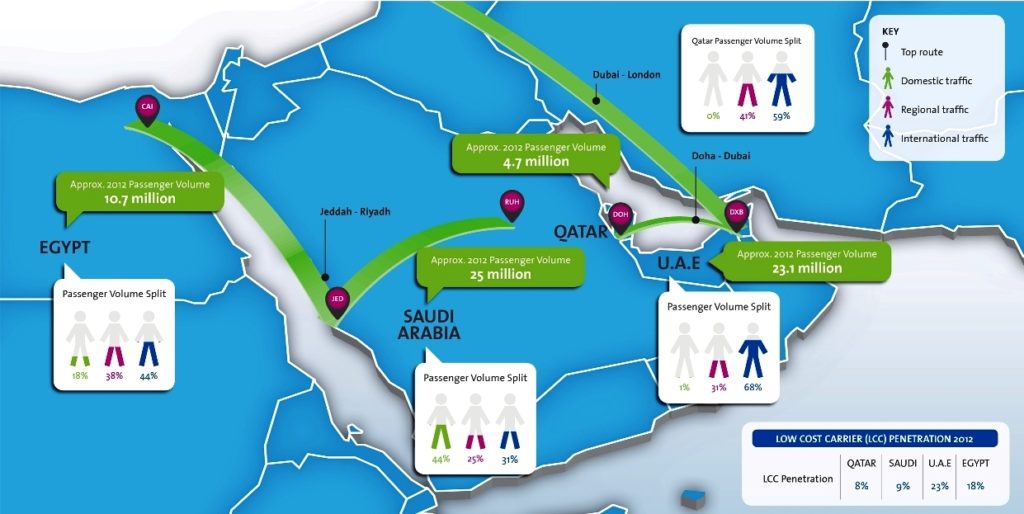 Figure 3 gives the details of the traffic flows in the areas. The data in the graph is from 2012. By comparing to 2015 data one can see the phenomenal growth rate. DXB had 78m passengers passing through, DOH 32m and JED 30m. The more surprising data is perhaps the size of the Jeddah traffic, but one must consider that part of that traffic is pilgrimage to the holy stone in Mecca outside Jeddah.

Air Space Structure
The airspace in the Middle East is divided along the national borders of each state. Another complication is that large parts of the airspace are controlled by the military. The region has several ongoing conflicts with military air movements taking a large area of the airspace in Saudi Arabia to fight conflicts in Yemen, Iraq and Syria.

The conflict zones are also areas to be avoided by civil air traffic to avoid what happened to MH17 over Ukraine airspace. The result is rather narrow corridors through the area to handle all the traffic which have one of the Gulf airports as destinations or are overflying the area.

While the Air Navigation Service Providers (ANSP) are set up by each state, most of them are manned by one company on a consultancy basis, the UK Airspace ANSP NATS. This makes the implementation of any agreements that can be reached under the overall management of the Middle East section of the CANSO (Civil Air Navigation Services Organization, the ANSPs global organization like the airlines have IATA) easier to implement. But different political agendas in the region have so far stopped real progress.

Summary
We can once again see that there are major political and human obstacles when trying to get Air Traffic Management to grow from its roots as ANSPs based on national borders, into efficient area control organizations. Something has to happen, though. The area projects a traffic volume of 350m passengers by 2035, compared to around 150m during 2015.

There is no way that this more than doubling on the air traffic in the Middle East at the end of the next decade can be handled without a more efficient organization of Air Traffic Management in the area.

← Thinking outside the box at Pratt & Whitney
Pontifications: Airbus CXLs A320, A350 August vacations →