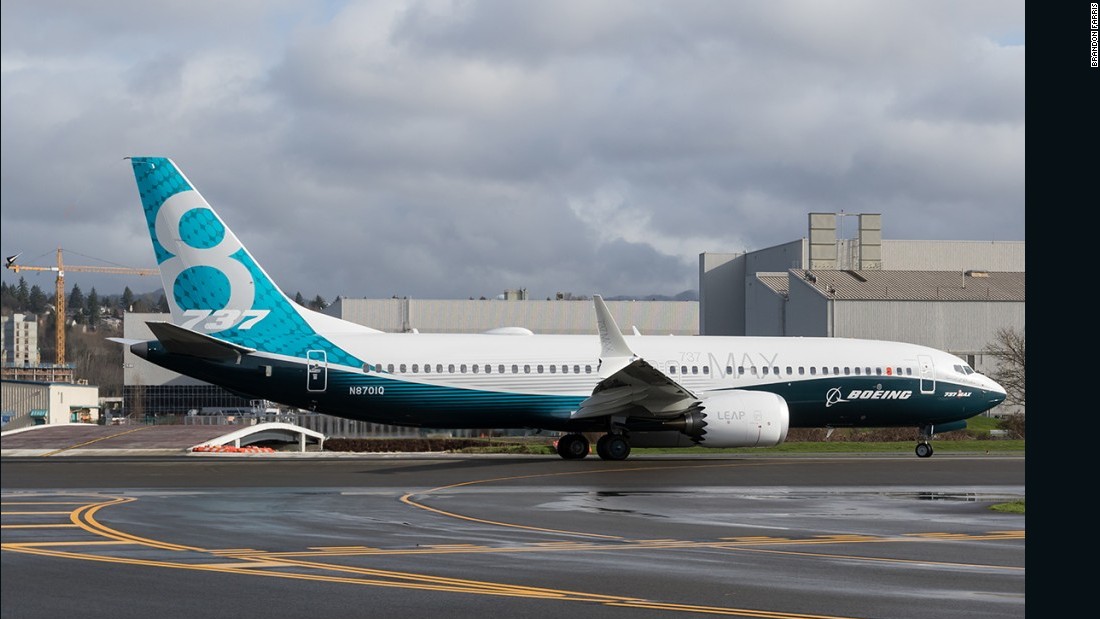 Southwest Airlines deferred 67 Boeing 737 MAX deliveries and some viewed this as a negative for the program. Photo via Google images.

June 29, 2016, © Leeham Co.: News last week that Southwest Airlines deferred 67 Boeing 737 MAX deliveries three year caused some to conclude that this is a harbinger of bad news for Boeing and the MAX program.

LNC disagrees with this conclusion.

Goldman Sachs issued a research note after WN’s June 23 investor’s day that came to a gloomy analysis of the MAX program. Goldman has a Sell rating on Boeing.

“Southwest Airlines announced it will postpone delivery of 67 Boeing 737 MAX-8 aircraft to 2023-2025 from 2019-2022,” Goldman wrote. “The airline delayed capital expenditures on new aircraft beyond 2020, citing focus on technology investments and operational improvements.

“We continue to see the most risk in the Aerospace Original Equipment market on the wide-body side. And for Boeing we see the most risk to market assumptions on the 777 and 787,” Goldman continued. “However, our sense is that market expectations on the 737 are very high, believing little could go wrong on the program medium-term; whereas we see more reason to at least have some concern on the aircraft. Our concerns include: (1) airlines recently finding near-term delivery slot availability; (2) NG transactions closing at 75% discount to list prices; (3) our view that Airbus currently has a superior narrow-body product (evidenced in the order split of NEO v MAX); and (4) Boeing guiding to a decline in deliveries for 2016.

“This key customer deferral adds to our list of concerns on the aircraft program. We see medium-to-long term production risk on the 737, but the risk is probably higher in margins, given aircraft have been sold at discounts to fill spots. We remain concerned with overall Aerospace OE fundamentals, with demand slowing at a time when supply is at an all-time high. We do not believe Boeing reaches the announced 737 production rate of 57 per month later in the decade; we model 48 per month in both 2019 and 2020. The 737 is one of Boeing’s most profitable programs, representing over 50% of BCA EBIT and over 1/3 of total BA segment EBIT pre-R&D.” 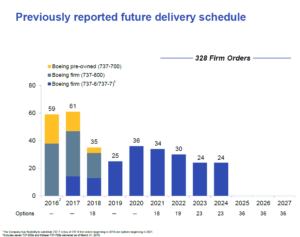 “Aircraft Deferrals to Optimize Fleet Retirement through 2025: [Southwest] announced an order book restructuring that will defer 67 737MAX deliveries from 2019-2022 to 2023- 2025. The move resulted from the decision to accelerate the 737 classic fleet, which was originally scheduled exit the fleet 2019-2022. The decision to pull forward the retirement of the entire classics fleet to September 2017 was announced in April with Q1 earnings as the company stated did not want to subset its pilot groups to accommodate flying all three derivatives…. Additionally, there are maintenance, efficiency and product benefits. In order to backfill the lift, LUV has pulled forward 737-800 deliveries from Boeing and is adding 41 6-8-year-old 737-700s 2016-2018,” Credit Suisse wrote. “The deferral of 737MAX deliveries from 2019-2022 to 2023-2025 allows these aircraft to replace the retirement of the used 737- 700s LUV is currently purchasing right now; LUV has more options to take the MAX early if need be.

“Aircraft and non-aircraft cap ex will decline significantly in 2018, at the same point when fuel hedge losses are no longer an issue. This translates to a healthy and sustainable FCF generation profile where shareholder returns could sustain or even rise as debt maturities decline in 2017 and 2018. This is particularly attractive relative to network carriers where FCF profiles have peaked given the near term prospect of cash taxes and rising (DAL, UAL) or elevated (AAL) CapEx spend.” 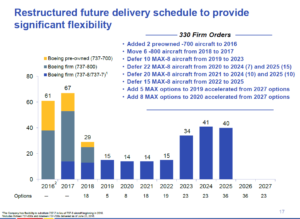 Left unsaid is the story behind the maintenance issues with the 737 Classic.

As far back as 2005, Boeing faced structural issues with the Classic fleet. Boeing outlined the problems, and the fixes, in an 82-page Power Point that described issues with lap joints and “potential scribe line damage.”

Inspections were mandated and significant repairs were needed to address the issues. These were so extensive that Boeing outlined a program to minimize down time to 40 days to repair the problems. Even then, unscheduled down time “becomes significant” after 50,000 cycles, according to the 2005 document.

A photo in the document illustrating the large-scale repairs around the window line is clearly a Southwest airplane.

Other photos, also of Southwest aircraft, show cracks in the fuselage.

The fleet of Southwest Classics underwent repairs years ago. Because Southwest remained the original owner, Boeing was on the hook for the costly and time-consuming repairs, a former Boeing employee with knowledge of the situation says.

The work was contracted to a third-party MRO in the Southeast, said another person with knowledge of the situation.

The repairs fixed the problems but the Classic fleet continued to age. As cycles continued to climb in Southwest’s high-cycle operation, these airplanes were rapidly approaching the next threshold of anticipated costly repairs. But these new repairs on these old airplanes aren’t cost-effective.

This is a driver (albeit not the only one) behind Southwest’s purchasing spree of used 737-700s, combing sources worldwide. There has been a steady stream of 737-700s into an MRO in Everett (WA), just across the field from Boeing’s massive wide-body plant, for reconfiguration to WN specifications.

Concurrently, Southwest began upping its order for 737-800s. A former Boeing employee says that one reason 737NG production has climbed was in part to fulfill Southwest’s need for new airplanes to accelerate retirement of the Classic.

The 737NG also has issues. Line Numbers 1-871 have crown skin cracking problems, according to a second Boeing document, this one issued in 2012. This issues begin to emerge at 35,000 cycles, according to the document. An extensive repair is outlined in the 2012 document. The issues were addressed in production from line 872.

Southwest was the launch customer for the 737NG.

With the purchase of 737-700s on the used market, labor problems with its pilots over flying the MAX, technological needs and low fuel pricing, there’s little pressing need for the MAXes on the original timeline. The less expensive 737-800s also reduce capital requirements.

Does this mean the MAX program is in trouble? Not by our estimation.

← Analysts opine on Airbus, Boeing, Iran and Brexit
Bjorn’s Corner: When it gets tough, use PBN →