Update, 0815 PDT July 7: Boeing Corporate Headquarters responded to our questions. The transcript has been added to the article below.

July 7, 2016, © Leeham Co.: Boeing’s controversial Partnering for Success (PFS) drew ire from its suppliers and scorn from observers for its heavy-handed, threatening cost-cutting demands: shave your costs to Boeing 15%-25% or be put on our own no-fly list of companies that we won’t do business with.

Boeing wasn’t shy about who it targeted, or punished. Even supply-chain giant United Technologies was placed on Boeing’s no-fly list when it balked at the onerous demand.

Now Boeing is moving forward with PFS 2.0, a second round of demands.

The need for PFS 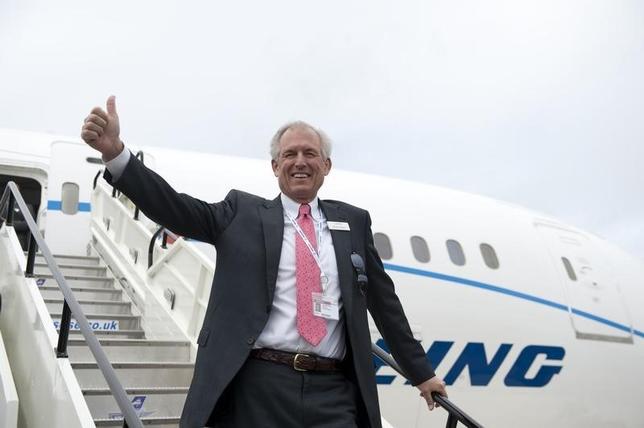 Boeing’s need to cut costs is, in principal, a goal few could argue with. It’s the natural cost of doing business—literally.

Boeing remains under constant price pressure in its fierce global competition with Airbus. It faces new competition at the lower end of its main-stay single aisle business from Bombardier, which won a critical order from Delta Air Lines for the CS100 and nearly won a similar order from United Airlines—a deal that Boeing road-blocked with a low-price deal for the aging 737-700.

Boeing remains under profit margin pressure because of its huge, $29bn in deferred production costs (plus $3bn more for deferred tooling costs) for the 787 program. The 747-8 program and KC-46A have taken billions of dollars in write-downs. Multiple development programs are draining cash. The aggressive stock buyback and dividend programs demand billions of dollars every year.

Boeing’s reported profit margins, often in the single- or low double-digits, over the years are boosted by the use of program accounting. Program accounting, which Boeing has used for decades, allows the company to spread program costs over an accounting block rather than take them as incurred. This allowed Boeing to post profits despite the huge costs of the 787. Until recently, there were years in which there were swings of billions of dollars in the profit and loss reported had unit accounting been used.

PFS cost-cutting is intended to help this P&L reporting. Cost-cutting goes straight to the bottom line and helps support the billions of dollars going out the door as described above.

Over the decades, Boeing also became a bloated company with overheads that needed to be trimmed.

Boeing looked at its supply chain and often found the vendors reporting margin profit margins than it was. Officials believed that there was room for its suppliers to cut costs. Thus, Partnering for Success was formed.

Anger and criticism over PFS

Richard Aboulafia, a consultant with the Teal Group, termed PSF 1.0 “Partnering for Poverty” during a speech several years ago at the annual Pacific Northwest

Richard Aboulafia is a critic of Partnering for Success.

Aerospace Alliance conference. He termed the evolving relationship between Boeing and its suppliers “toxic.”

Consultant Michel Merluzeau and Scott Hamilton, editor of Leeham News and Comment, later appeared on a panel with Aboulafia, joining in the criticism of Boeing’s heavy-handed tactics.

Boeing complained to PNAA about the panel’s criticism.

One supplier at the time termed PFS “Preparing for Sacrifice.” Several bitterly complained about Boeing’s demands to shave up to 25% under the threat of having business yanked from them.

Boeing was ruthless and didn’t much care who it punished if suppliers resisted PFS.

Some of the smaller supplier complained Boeing’s demands could put them out of business.

United Technologies Aerospace Systems (UTAS) was the long-time incumbent vendor for the landing gear for the 777. When it balked at Boeing’s demand for steep cuts, Boeing yanked the landing gear business on the Classic and gave it to Heroux Devtek. The Canadian firm also was awarded the contract for the 777X landing gear.

UTC later signed up for PFS. UTAS president Dave Gitlin, responding to a question from LNC at the UTC Media Days last month, said Boeing moved to PFS 2.0 because of pressure from the airlines to take cost and waste out of the system. He said that UTAS worked its way through PFS 1.0 and is looking for opportunities to shave costs in its continuing supplier role to Boeing.

Boeing Commercial Airplanes remains sensitive about PFS. Within minutes of our posting Gitlin’s comment, BCA Corporate Communications contacted UTAS Corp Com asking what else Gitlin said about PFS 2.0. (There wasn’t any more, but BCA’s inquiry immediately raised a flag with LNC, resulting in this article.)

Updated: BCA Corp Com officials did not respond to requests for interviews about PFS 2.0. Boeing headquarters responded by email to questions. The transcript is here:

What is Boeing looking for from suppliers this round and how it differs from PFS 1.

Answer:  In early May, after Boeing’s Shareholder Conference, Dennis Muilenberg spoke to reporters about Partnering for Success. This sums it up very well:

Dennis Muilenburg: “We’re in a strong position but we also know it’s a competitive marketplace. We have the right products but we’re going to be relentless in our ongoing productivity and cost reduction efforts, both in our internal costs and in how we’re working with our supply chain….

“In version 1.0, the first wave of Partnering for Success, we reached out to all of our supply chain partners to bring them into the process. We’ve had very productive conversations with about 500 of the key suppliers in our supply chain. That first wave of activity was intended to get contractual agreements in place, establish the process for generating ideas that would help us both succeed in the marketplace. Version 2.0 is now actualizing those plans, bringing them home, producing the results and continuing to drive in particular Value Engineering ideas – areas where our supply chain is bringing to us ideas on how we can improve quality and productivity. We have more than 2,000 ideas in our Value Engineering pipeline now, that have been generated by our supply chain.

“So this idea of finding win-win solutions that are going to be beneficial both for our suppliers and for Boeing, that’s really the focus of this wave 2.0, and I’ve got some high expectations for how successful that will be… More than 80 percent of our supply chain is engaged (through the initial PFS outreach). All of our major suppliers are engaged and it’s done on a global basis. I was very pleased with the first wave of PFS and 2.0 will build on that foundation.”

Dennis has said on earnings calls or investor conferences that PFS is a long-term strategy. What are some target goals for PFS 2 in reducing costs? (For example, Boeing hopes that PFS 2 will reduce costs by X%)

Answer: As Dennis said, PFS is a long-term strategy to reduce costs and improve efficiency in our supply chain. Suppliers play a key role in Boeing’s market success because 65% of an airplane’s costs come through the supply chain. Boeing is not asking suppliers to do anything we are not doing ourselves: cut costs and improve efficiency, quality, affordability and performance. We expect suppliers to work with us to create and capture value – keeping Boeing and suppliers healthy and competitive.

Boeing collaborates extensively with our suppliers to meet these goals. We offer help to many existing suppliers (large and small) to support their efficiency, reduce their costs and improve their competitiveness. Some examples include (in Dennis’s comments, above) value engineering, as well as assistance in Lean manufacturing, and the aggregation and inventory management of raw-materials purchases to ensure a stable supply and quality for Boeing and our suppliers.

Are there different goals for BCA and BDS? These are two very different businesses.

Answer: Partnering for Success is a long-term, company-wide effort to reduce costs and improve efficiency through the supply chain. All of Boeing’s supply chain organizations are working with suppliers to achieve these goals.

Are those who signed up for PFS 1 asked to give even more with PFS 2, or are they grandfathered in—with PFS 2 being targeted to the remaining suppliers?

Answer: As mentioned, PFS is a long-term strategy to reduce costs and improve efficiency in our supply chain, with all of our suppliers. We work with each supplier on an individual basis on this journey, and we have been open with all Boeing suppliers that Partnering for Success is a way of life for Boeing and our suppliers going forward.

Boeing told Wall Street aerospace analysts that about 50% of its suppliers ultimately signed up for PFS.

Boeing is taking a different approach under PFS 2.0, sources familiar with the program say. This time Boeing isn’t making heavy-handed threats. (Nonetheless, suppliers, other than UTAS at its Media Day, didn’t want to be named.) It’s negotiating rather than making demands.

Key to PFS 2.0 is Boeing’s ask that payment terms be extended from 30 or 60 days to 90 or 120 days. Most suppliers don’t want to extend accounts receivables that far, says one source familiar with the effort.

The shift is also from P&L to cash management.

“What does that tell you?” one Wall Street analyst said to LNC.

“What they are looking for is through one means or another continuing 2% reduction to The Boeing Co. year-over-year. It appears now they are will to consider flat pricing five, six, seven years into the future as cost avoidance,” says one supplier. “All the things we discussed and negotiated in the past are being formalized. This is terms and conditions across the board.

Boeing is looking for pricing through 2022, the supplier said.

There were no threats to this supplier, the supplier said. “It wasn’t the big hammer presentation this time. It was more conciliation.” The pitch from Boeing was, “‘You have to understand, we’re in real trouble,’ they say, ‘because of Airbus pressure and subsidies and poor sales of the 737-9,’” this supplier says.

“Boeing didn’t really come out with a title for it.” The supplier says. “PFS is forever, that’s a Kent Fisher line, and one of the guys called it PFS 2.0 because the goal is a 2% reduction. But it’s an unofficial title.” Fisher is head of BCA’s supplier department.

Boeing is returning to at least some of those who gave under PFS, LNC is told.

Boeing is willing to give “credit” to a supplier than invests its own money and resources in technology, according to LNC’s sourcing.

“I think Boeing may be suffering from a classic case of understanding tactics, but not strategy,” Aboualfia told LNC.  “The tactic is to grab profit margins from suppliers in multiple ways.  PFS 2.0, along with other initiatives such as going after suppliers’ MRO work or metal scrap, shows that Boeing has plenty of ideas for tactics.  But a good strategic question would be ‘what is the impact on the supplier base?’  In other words, will suppliers be willing and able to support production ramps?  Will they be able to survive downturns?  Will they be able to fund the kind of innovations and developments Boeing expects of them?  Will they be incentivized to invest in the future?”

← IATA, Lufthansa cargo reports are discouraging
Bjorn’s Corner: Over the oceans, use FANS →