21July 2016, ©. Leeham Co:Russia’s United Aircraft Irkut division had the good taste to bring a fully functional MC-21 simulator to Farnborough Air Show. I managed to get an hour of take-offs and landings during the show’s early hours on Thursday.

The simulator consists of a fixed cockpit, Figure 1, with a panoramic screen giving a terrain view out of the cockpit windows. The terrain model was of good quality and the feeling of flying a good non-moving simulator was there. 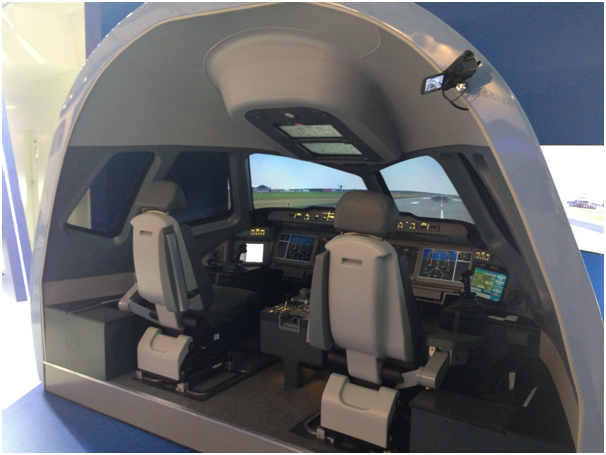 The simulator was especially conceived for exhibitions but it didn’t seem to be less functional because of that.  Flight laws should be the same as the full MC-21 simulators but the implementation team is separate from the team which is making the flight crew training simulators. I was accompanied in the Sim by Sergey, one of the software programmers of the simulator. He was interested in my impressions, as it was still relatively early days in the simulator’s design.

First impressions
The first impression when sitting down is how roomy the cockpit of the MC-21 is. The fuselage is 0.11m wider than an A320 and the nose tapers to the full fuselage width unusually fast. The effect is a roomy cockpit with plenty of space besides the chairs and around the active sidesticks, Figure 2. 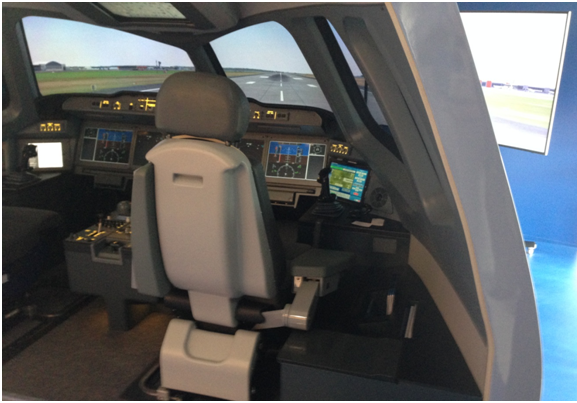 The MC-21 is the first civil airliner to use active sidesticks. I had tested active sidesticks on the Embraer KC-390 simulator and they have also found their way to Gulfstream’s new G500 and G600 Business jets.

Active sidesticks have many advantages. One can implement co-pilot motion feedback; force- increase for soft limit implementations; stick shaker functions, etc. The MC-21 exhibition simulator uses them as passive sidesticks right now. Despite no feedback, they had a good feeling.  The MC-21 uses the Airbus type flight laws (C* type), meaning the aircraft flies as if it always is in autopilot Control Wheel Steering mode.

The aircraft keeps the attitude that one directs it to and remains there regardless of speed or gusts. This is fine with me; it simplifies flying, as one can rely on finding the aircraft where one left it. One only has to be aware that speed has to be controlled by the pilot or one has to engage auto-throttle in speed hold mode. I hand-flew the aircraft during the session; we never had the time to look at any autopilot modes.

We did look at the Russian made Flight Management System (FMS).  It is of the modern full screen type with input via the roller ball input unit. Figure 3 shows he main menu, which is comprehensive. We also went into several of the sub-menus, most were populated and the needed functionality was there. 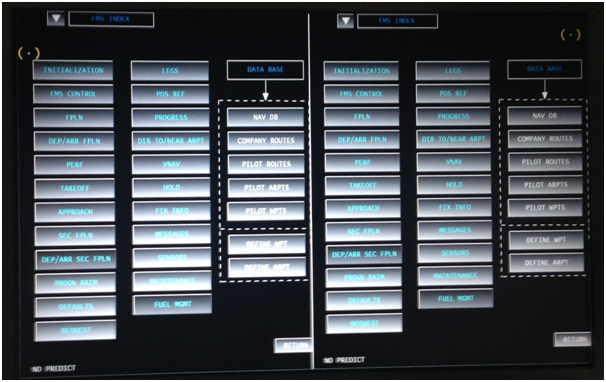 Figure 3. The Russian made FMS has a comprehensive main menu. Source: LNC

Figure 4 shows the FMS performance page. The picture is not 100% sharp but one can read out the essential parts. Going through the menu tree there were few uncomplete pages. 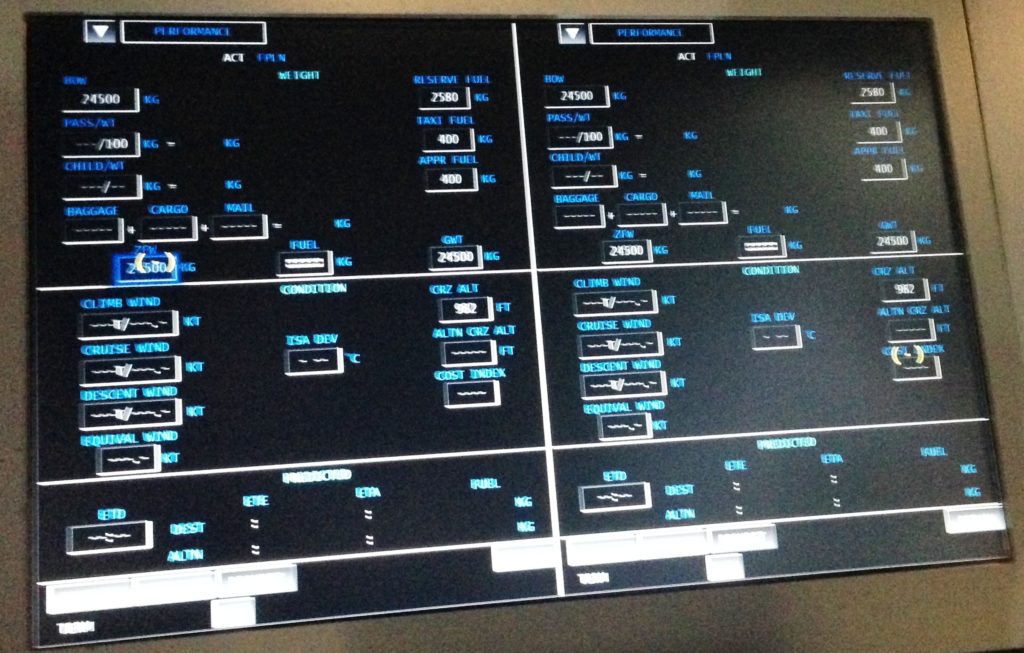 Figure 4. The Performance page of the FMS. Source: LNC 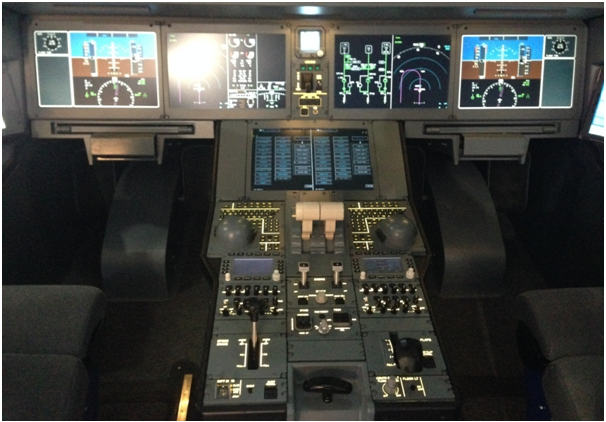 Displays were the usual Pilot’s Flying Display (PFD) ahead with Navigation display and engine readings beside. At the bottom of the Nav screen, the aircraft’s movables with their trim status is displayed. All displays were easy to read. The co-pilot has a systems page displayed next to the navigation display.

Flying the MC-21
We did enough take-offs and landings so I could get a feel for the MC-21. It flew nicely. It was very steady in normal manoeuvres and easy to align for a go around after an ILS approach, for example, Figure 6. 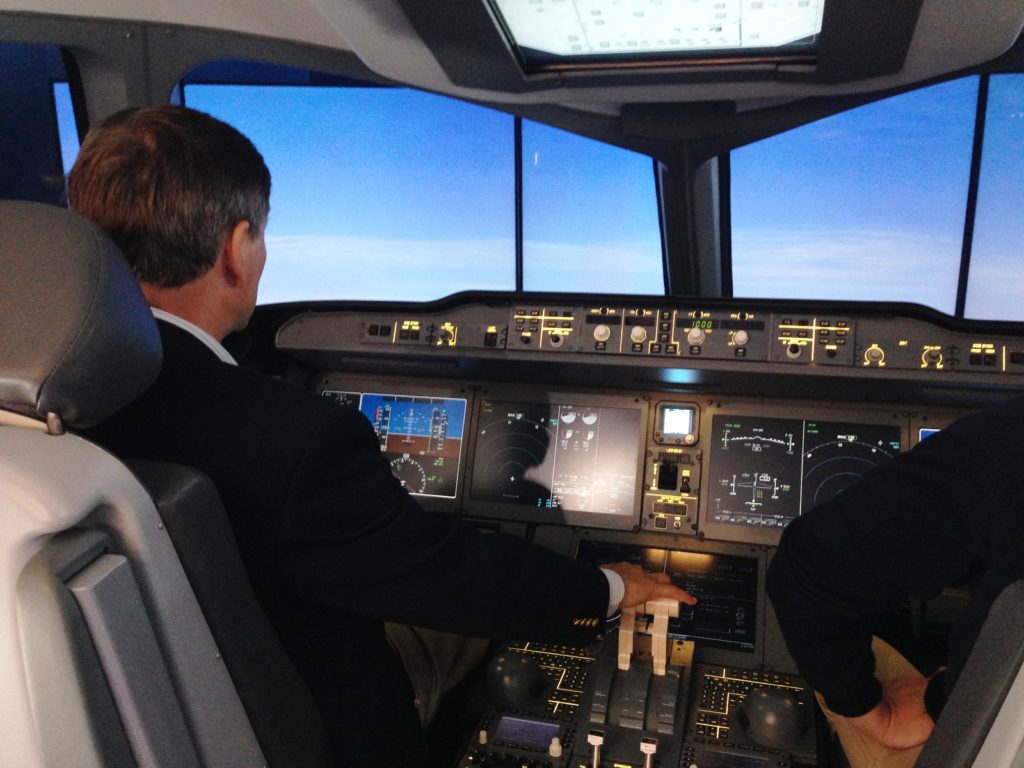 Figure 6. Climbing after takeoff with the MC-21. Source: LNC.

A couple of times we made too-tight circuits and I had to hustle the aircraft down on a rather short and curved final. This was fine until we came on short final with our approach speed of 140kt. The aircraft was then very sensitive on the stick, too sensitive in my mind. At such low speed, an airliner doesn’t respond pin sharp to the smallest stick movements.

I discussed with the simulator designers that they should have a look at that. Apart from the final phase, the aircraft flew fine, very steady and easy to align for climbing turns or capturing of an ILS, for example. The throttles were non-back driven in the simulator. I understood this should change for the final implementation of the simulator.