Let’s start with the market facts presented by IATA’s Pierce:

IATA and others have continuously been mistaken on the resilience of world air travel growth, Figure 1. The red line is actual air travel which can be compared to the IATA forecasts over the years. 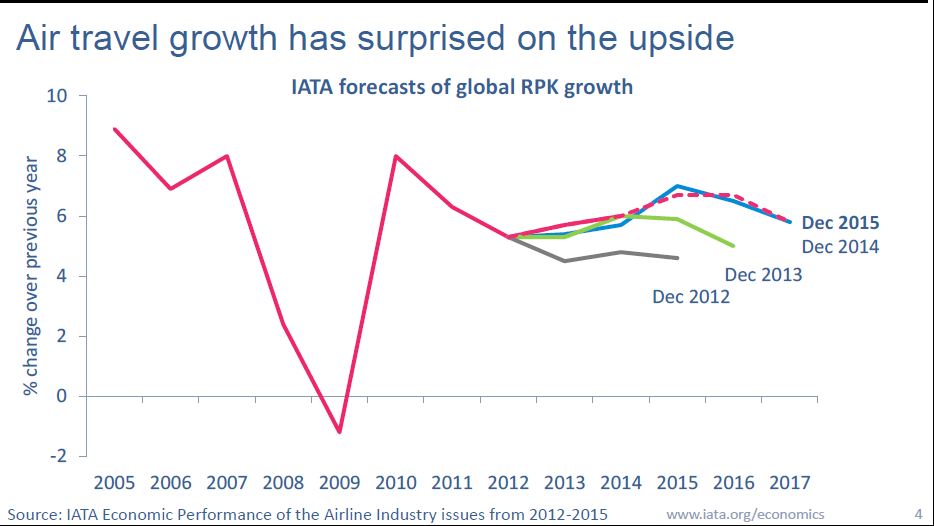 Air travel growth stayed at 6% or better over the years despite the world economy growing slower than the economists predicted in recent years, Figure 2. 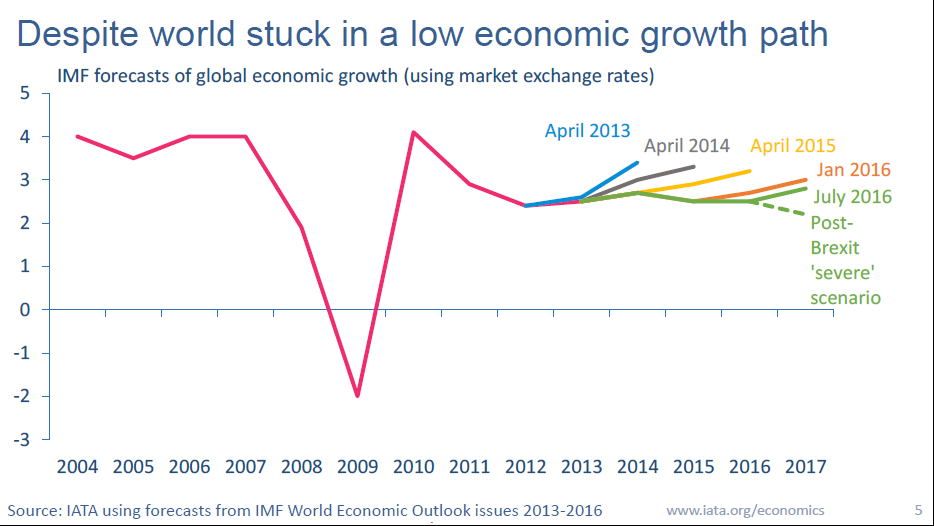 The question is why? Pierce showed that air travel has been stimulated by lower air fares, principally triggered by Low Cost Carriers, LCCs. These have also opened new destinations, Figure 3. The low fuel prices have augmented this trend. 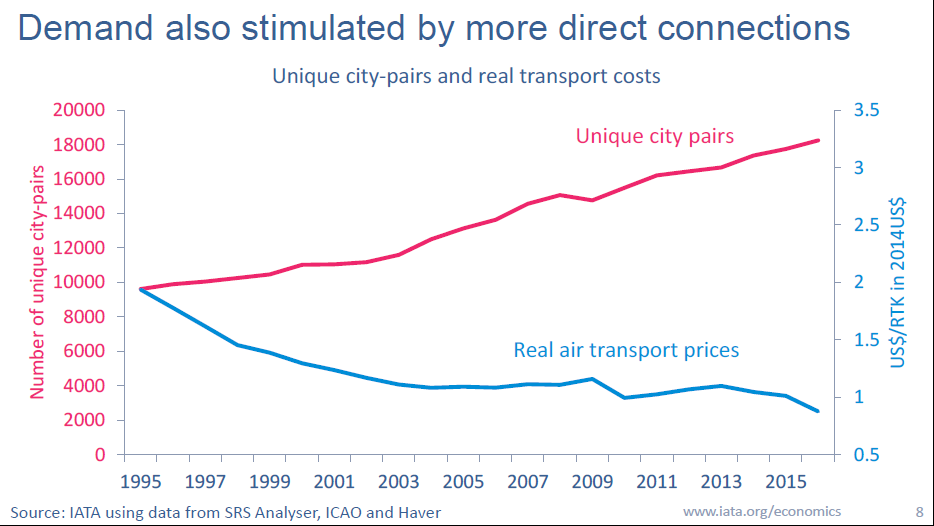 The growth in air travel has not been evenly distributed. Figure 4 shows that the largest market, US, grew at 4%; China as second largest at 7%, while India grew at 20%. Russia is standing still and Brazil is contracting. 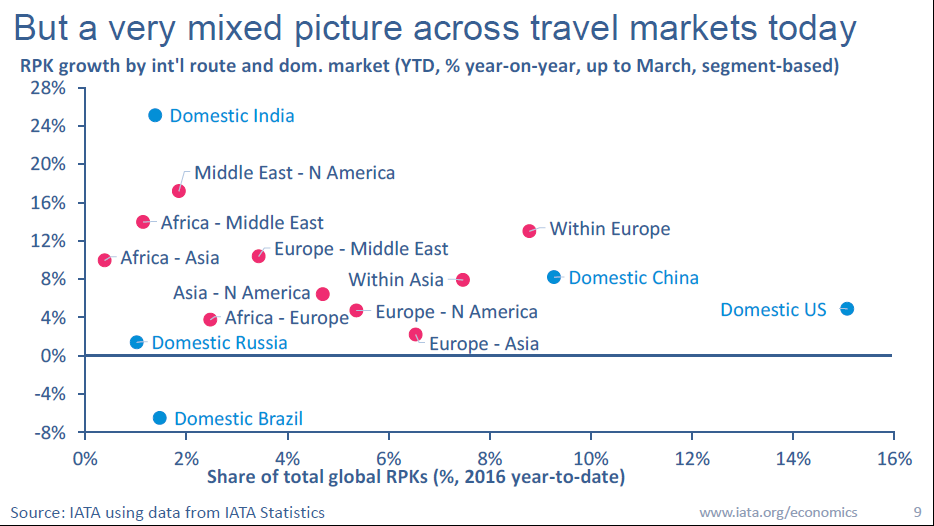 The growth in air travel is seen against a world economy which is slowing down from a modest cycle, Figure 5. World trade is now at zero growth. 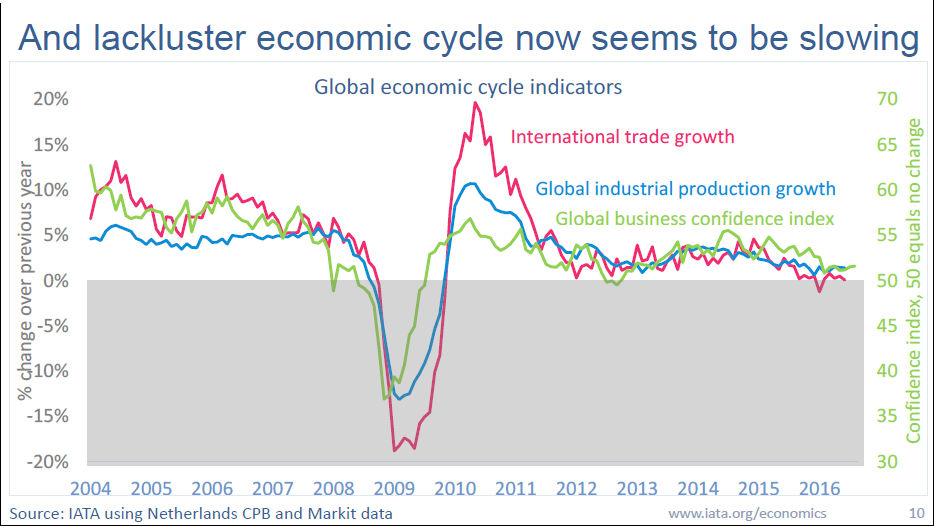 There are many indicators that show that we are heading for problems, continues Pierce. To stimulate a sluggish economy, the central banks have been injecting money in the system, Figure 6. 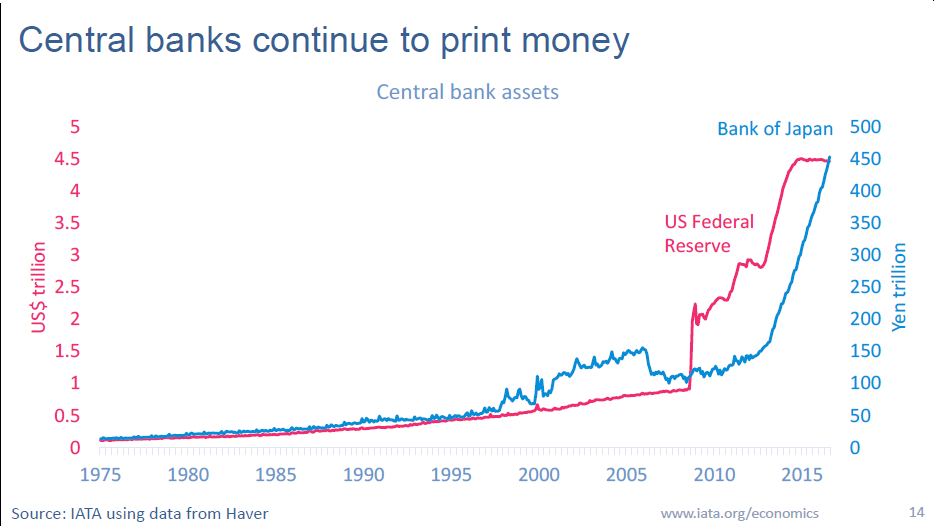 Other debts continue to grow, Figure 7. The result is a growth in asset prices which are now back above the level of the Global Financial Crisis, Figure 8. 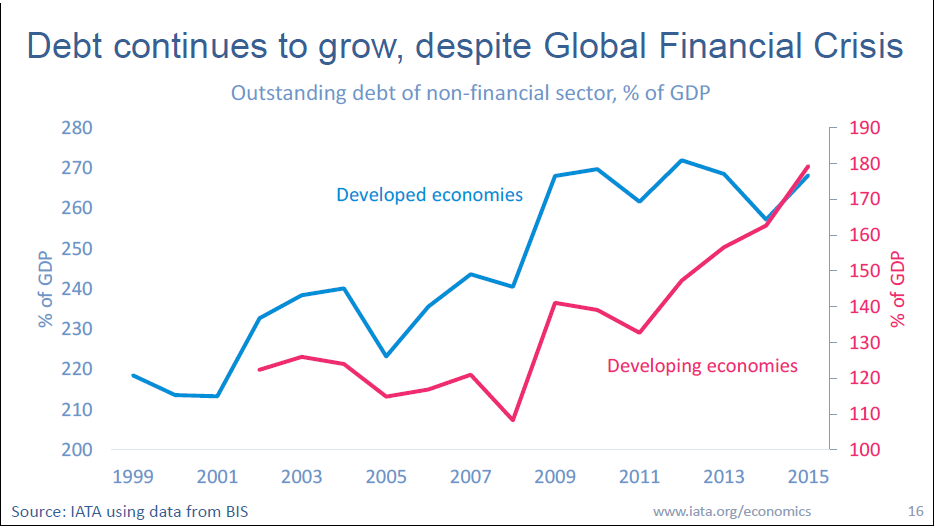 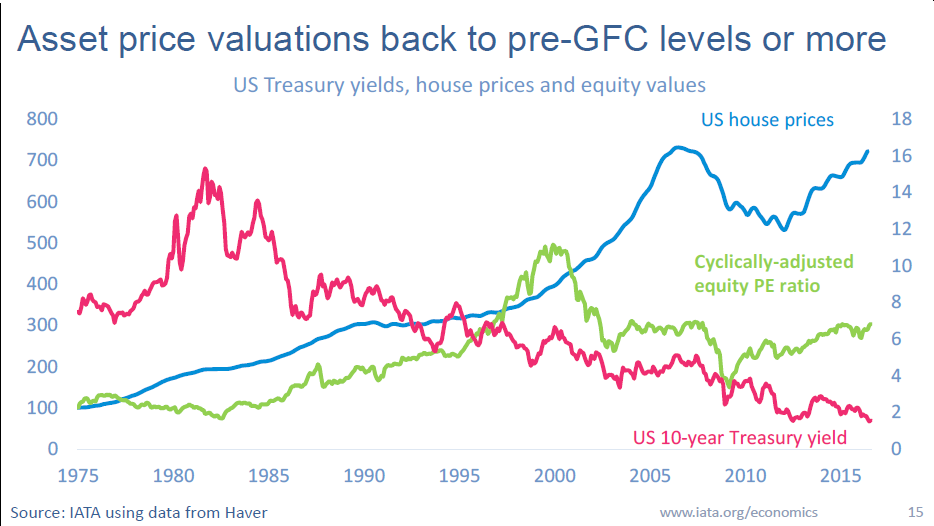 Those are market signals which have been present at previous downturns in the world economy. Pierce also showed how wages and company profits now have the trends that have proceeded recessions, Figure 9. 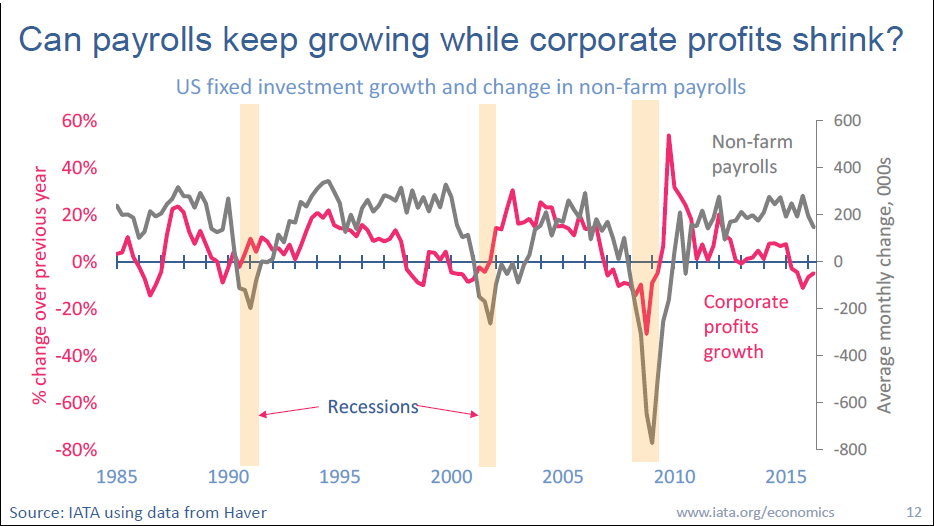 The economists could therefore agree that the world economy and thereby aviation markets are at a cross-roads, Figure 10. 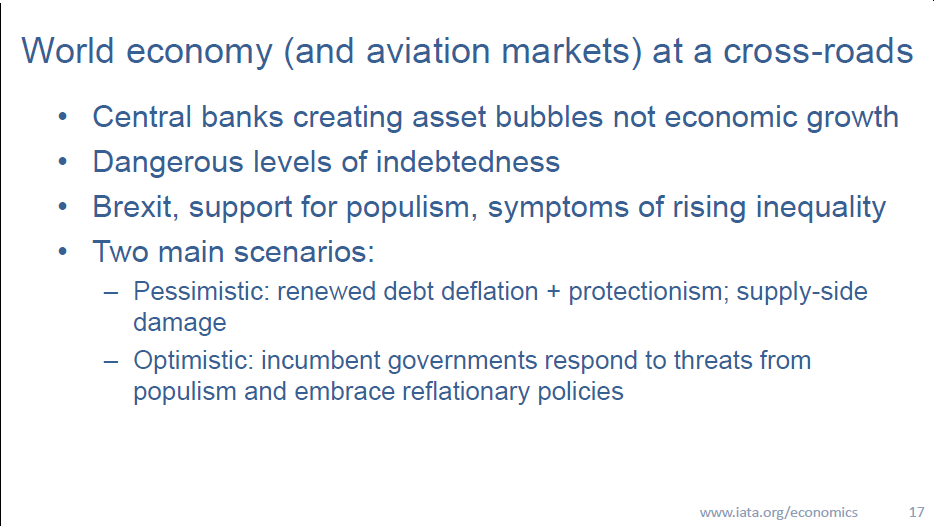 They would not agree on which way the world economy will take, however. IATA’s Pierce and Ascend’s Morris tended towards the optimistic scenario, especially when it comes to air travel.

“Air travel consumption is not governed by the same laws as goods consumption,” Morris said. “When you have bought your fourth iPhone, your propensity to buy a fifth is limited. It is not the same with air travel. The growth comes from new layer of society having the disposable income to travel.”

“We witness that politics that are for open trade and cooperation gets replaced by ‘simple messages’ politics that blame foreigners for all evil and preach isolationism (e.g. Brexit’s “we want our country back”),” said Pilarski, who was for the pessimistic route. “I see less trade, less economic growth and weak governments that don’t dare to take the right actions,” he continued, “We shall also not be so naive as to think economic cycles have gone away; they have not.”

Pierce and Morris argued that in a downturn, the air travel and therefore commercial aircraft business will not be gravely affected. Airlines are acting more rational when it comes to capacity expansion, especially in the US market.

Once again Pilarski did not concur: “What says that the European, Middle East and Asian airlines have not all built their to/from Asia traffic growth on the same passengers?”