October 13, 2016, ©. Leeham Co, Nice: Scandinavian Airlines (SAS) has fought its way back from a near-death experience in 2012, readjusting to the growing low cost carrier environment in Europe.

After nearly being bought by Lufthansa in 2008 the airline has had to slug it out themselves, gradually fighting its way back to sustained profitability. 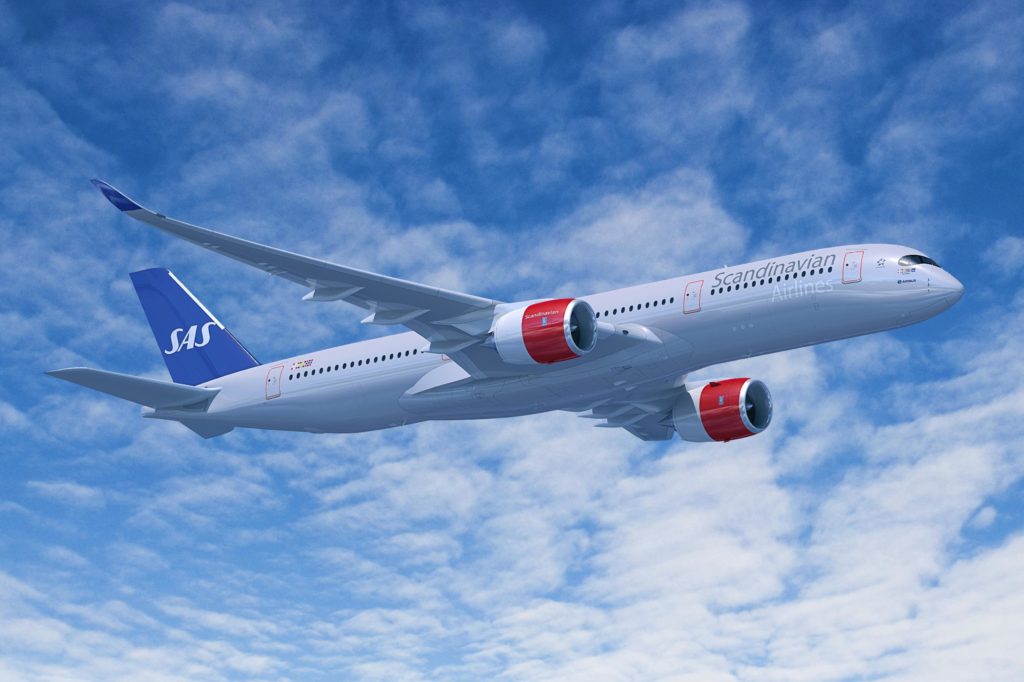 The mainline problem, the cost level

At a presentation in Nice earlier in the week, SAS said it had the classical cost problem of former European national carriers. Most costs were non-competitive after the airline developing in a market of national carriers, each with its captive customer base.

One of the dominant costs which have been difficult to attack has been the labor costs. Air crews traditionally have especially strong negotiating power. In SAS’ case, the negotiations to get the labor costs in line were not helped by being partly owned by three governments, Sweden, Denmark and Norway.

All other cost factors were also reworked. A lot of corporate functions were outsourced. New aircraft were acquired, with a large portion being on lease. The aircraft fleet was standardized on Airbus, with the A330 and A350 for long haul and A320ceo/neo for short haul. The feeder network was outsourced to specialized service providers.

About 40% of the route network is now serviced with wet-leased aircraft from carriers like FlyBe, CityJet, Cimber Air and Jet Time. The negotiations with the air crews in 2012 included scope clause-type agreements to regulate the extent and route types of such wet leases.

SAS’ strategy has been to be the business travelers preferred choice. Lie-flat business class for long haul and other perks manifested the market position on the carrier’s home markets. The result was an aircraft fleet that had utilization that followed the business year. Summers were times with low utilization of SAS resources. At the same time, business travel is not where the market growth has been.

Over the last decade, the large passenger growth has been personal travel, often to leisure destinations. This resulted in a change of strategy for SAS. Go also after the leisure market, especially in the summer months when the business travel frees the resources. For the first time, the 2016 summer months have been profitable for SAS.

SAS introduced premium economy as “Economy plus” with about 20% higher prices than standard economy. Load factors have been high and the class contributes to the airline being profitable in recent years. The class has been necessary, as many companies in Scandinavia no longer allow business class travel for their employees.

SAS will introduce WiFi-based internet on all their flights going forward. As the aircraft gets high bandwidth connectivity, the passenger is not the only one to benefit. The crews will be equipped with iPads to better serve the passengers.

The improved communication allows the cabin crew to have passenger lists with not only the name but also personal preferences, any constraints like allergies/dislikes and booked trips with connections. The result is a further personalized service level.

The future for an ex-national carrier

With around 30m passengers transported over its own network of 120 destinations (1,300 as part of Star Alliance) with 160 aircraft, SAS can to be counted as a mid-sized carrier. It’s the eight largest carrier in Europe.

The state owners declared that they would like a buyer for their shares.  Lufthansa nearly bought SAS in 2008. The airline therefore knows that future is most likely as a part of a larger group.

But to get there on good terms, it’s necessary that the airline is profitable, based on a good market position and an efficient operation. While the question of ownership does not affect the airline in the short- or mid-term strategy, it must act as if the healthy SAS of the future is a healthy SAS of today.