Preparing to fly the CSeries

November 03, 2016, ©. Leeham Co: We were invited to Bombardier (BBD) in Montreal last week for a series of special events.

The visit had three purposes: attend the roll out of airBaltic’s CS300 (reported here), prepare to fly the CSeries in the simulator and finally to test fly the aircraft at BBD’s Wichita (KS) test flight facility. 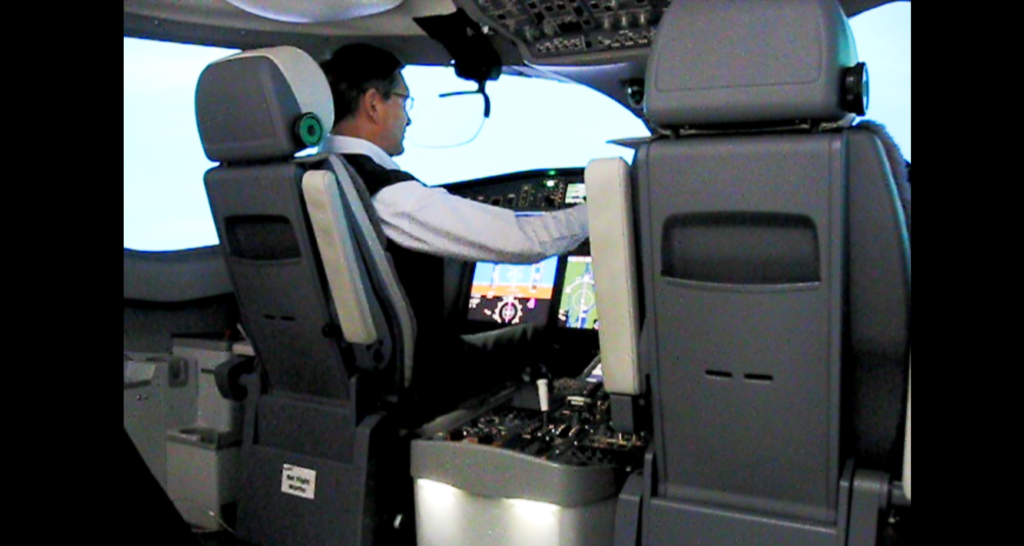 Figure 1. Training to fly the CSeries at the Mirabel based Simulator. Source: Leeham Co.

It was mid-October when the chance came to test fly the CSeries. The ideal time would be October 24-26, just before the test aircraft, FTV8 (the CS300 route proving aircraft), would take off for the Airshow China in Zhuhai.

The testing would have three parts:

Before you fly a new aircraft, you must learn the peculiarities of its systems and cockpit. The actual flying is highly standardized for airliners. The trick is to learn how the avionics work, what flight laws and protection schemes are implemented and how to master the “knobbery” for its systems.

The last can sound trivial but is often the most difficult. Test flights are quickly done and one cannot re-do a landing because one could not engage the thrust reversers because the throttles have a different reverse thrust schema than the last aircraft one flew.

Two hours training in the CSeries simulator was well spent. There, one has the time and ambience to test all knobs/handles and their intrinsics, Figure 1.

Before flying, one must learn the aircraft. I had a good idea of the systems and performance of the CS300 after implementing it in our performance model. Now I needed to learn the displays, cockpit controls and avionics in detail.

Bombardier has established an online training portal for all its aircraft, Figure 2. 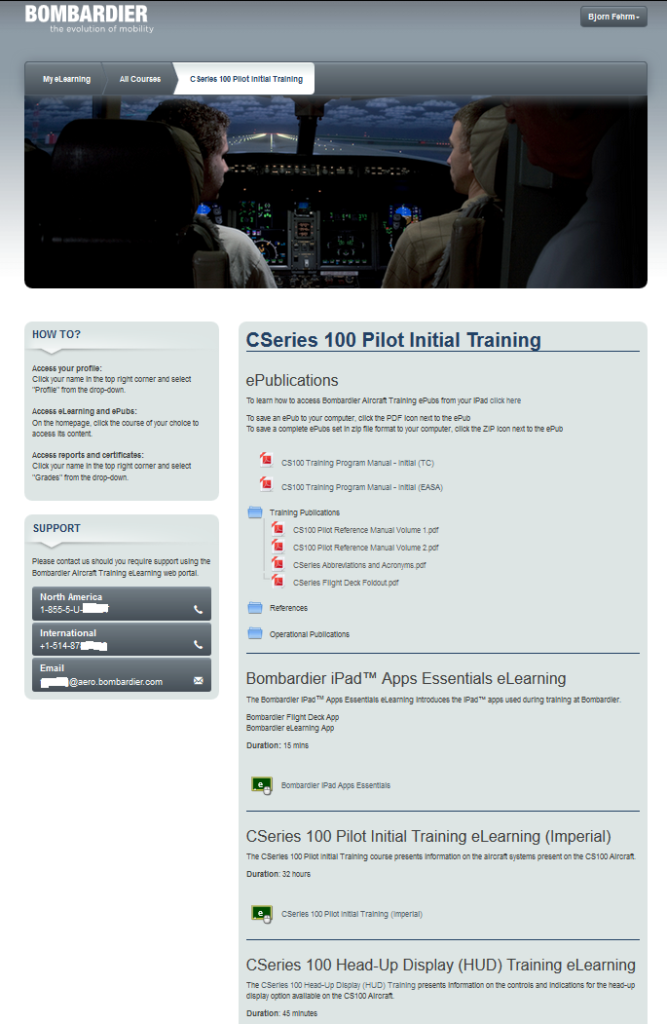 The site simplified preparations. There is one’s own account with all manuals, iPad apps, etc. There are also on-line eLearning tests for checking one’s skills. One of the tools is a virtual 3D cockpit where panels and displays pop-up when touched, Figure 3. 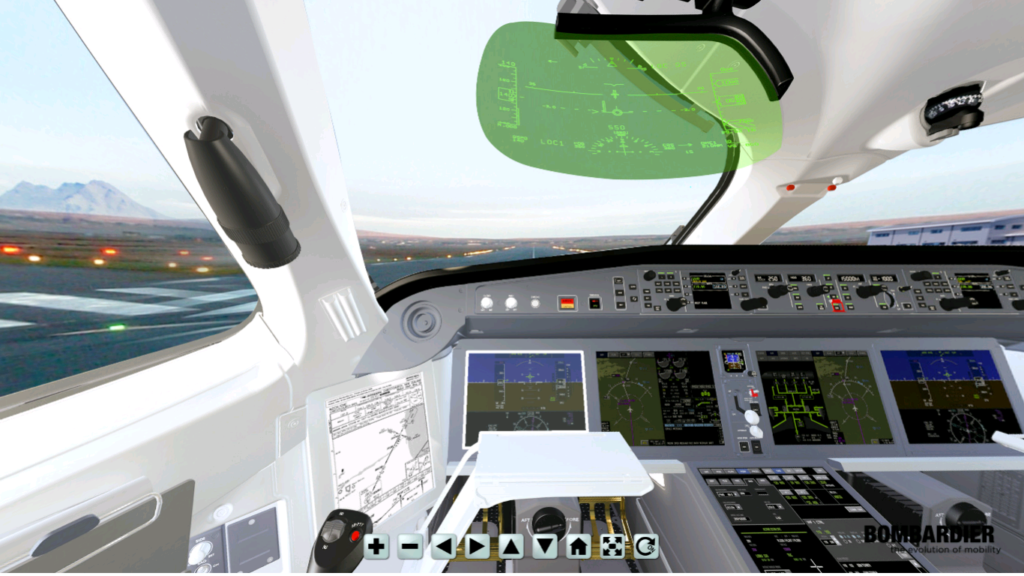 Figure 4 shows the Primary Flight Display where we have asked the top part to be explained. 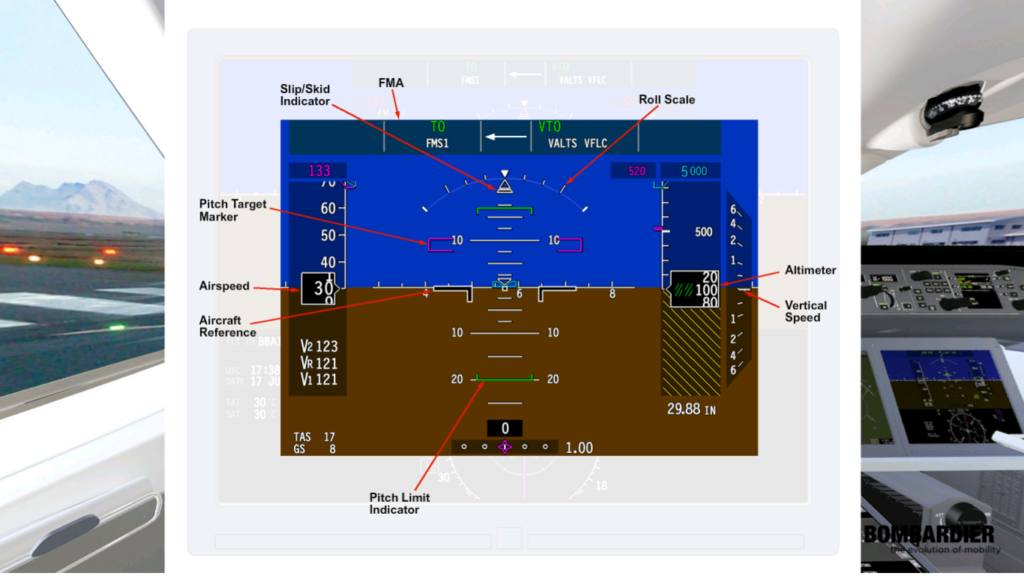 The top part of the PFD is the FMA, which stands for Flight Mode Annunciator, i.e., what Autopilot or Auto throttle modes are armed (White), active (Cyan) or FMS controlled (Magenta).

The portal made the study of the aircraft easy. It was just a matter of identifying the appropriate manual PDF (in total about four times the ones visible in Figure 2) and browsing to the right parts.

Had it been for real and should I check out for the aircraft, I could also test my learning level with the on-line eLearning courses in the lower part of Figure 2.

The simulator session was extra interesting for me as I could assess the take-off and landing procedures for the CSeries. Because I didn’t have an active Airline Transport Pilot License (ATPL), my test flying later in the week would not include takeoff and landings, a restriction imposed by Transport Canada rules.

I was fine with that. I did normal and single engine takeoffs and landings in the simulator which was later repeated in the air to check for any differences. In the simulator, I could also fly with the CSeries Head Up Display (HUD), something that our test aircraft, FTV8, did not have.

As I prepared to fly the CS300, the CSeries chief test pilot, Chuck Ellis, explained the philosophy behind the chosen flight laws for the aircraft. The Fly-By-Wire (FBW) is implemented with what is called C*U flight laws in the pitch axis. This is like the Boeing 777 and 787 implementations.

The aircraft does not auto-trim away the pitch forces on the side-stick as speed changes; this is for the pilot to do. This principle is called “trim for speed” and it makes the aircraft behave like a normal, non-fly-by-wire aircraft, in pitch.

Ellis explains: “The time when a pilot will revert to manual control of the aircraft is when things are not as expected. He can then be highly stressed and there is a high risk that he reverts to what he once learned in basic flight training. A C*U pitch mode will then give him that well-known feeling, that he knows what the aircraft is doing. It’s intuitive for pilots to feel in the stick if the aircraft is under or over trimmed speed”.

Ellis continues: “We therefore decided to modify the C* pitch law initiated in the Airbus A320 (which commands pitch rate at low speed and pitch load factor at high speed with constant auto-trimming) with the trim for speed principle. It means an aircraft which is flying to fast will raise its nose and one which is flying to slow will dip the nose to regain trimmed speed”.

Flight laws for roll are the classical roll rate per stick movement and for yaw is yaw angle as a function of rudder displacement.

The CSeries is a clean sheet aircraft and it shows in the cockpit layout and handling of its avionics. Cockpit layout is very clean and logical. The glare shield has a Control and radio Tuning Panel (CTP) which makes radio/nav tuning but also many other tasks like setting of landing minima a “looking out” operation, Figure 5. 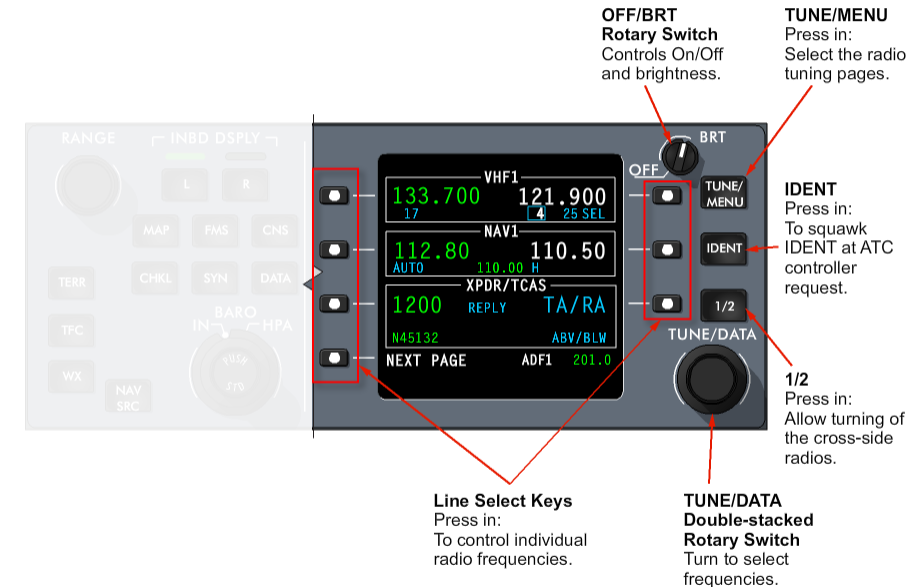 The Flight Management System (FMS) is a modern full page graphical design with Tiles and Tabs, Figure 6. It has a logical “Phase of Flight” structure. Control is via trackball and keys unit, besides the throttles. 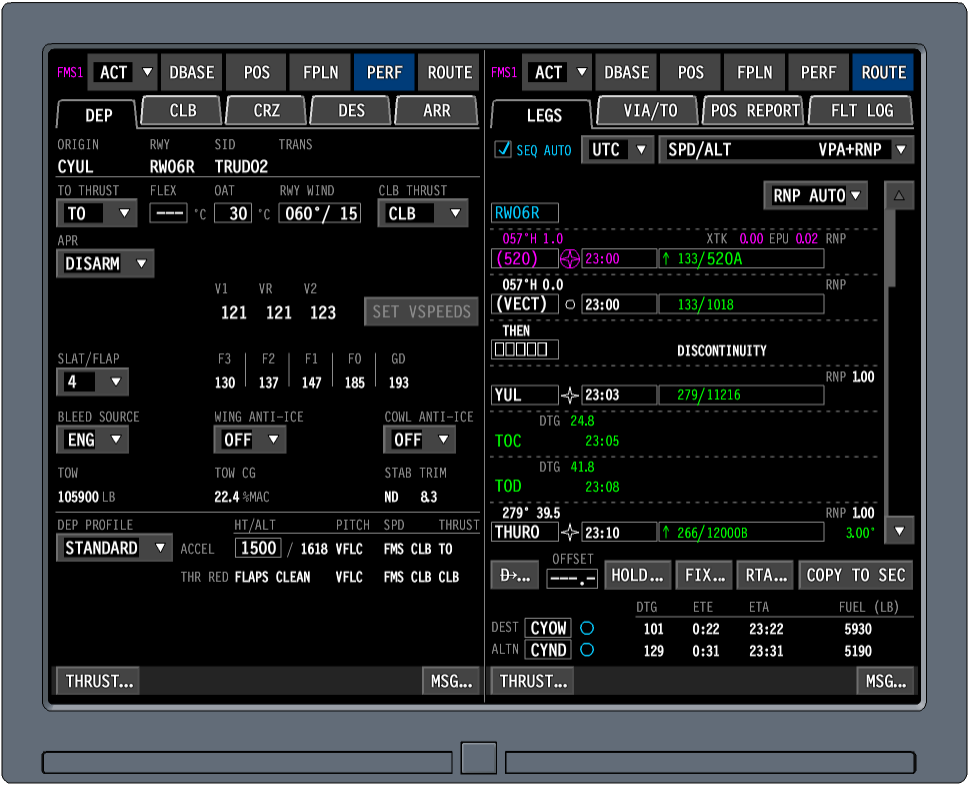 The throttles are back-driven like on most FBW aircraft. It means one can rest the hand on the throttles and feel the auto throttle working.

Sidesticks are passive with two spring rates. One for normal operation and a final harder spring rate for emergency operation. The felt stops are called “soft stop” and “hard stop”. At the hard stop, there is also a stick shaker that activates.

We will look closer how these two working areas of the sticks are combined with soft and hard protection schemes in the next article, which describe the actual flying of the CSeries out of the International airport in Wichita. We shot some videos from my test flight which shows the protections in action. What might sound complicated is in practice logical and natural, soft and hard stops makes sense.

21 Comments on “Preparing to fly the CSeries”