October 27, 2016, ©. Leeham Co: This week we have been at Bombardier (BBD) Mirabel Airport outside Montreal to observe the roll out of the airBaltic CS300 CSeries model and to later test fly the aircraft at BBD’s Wichita facility.

The preparation for the test flight and the flying experience will be described in subsequent articles. 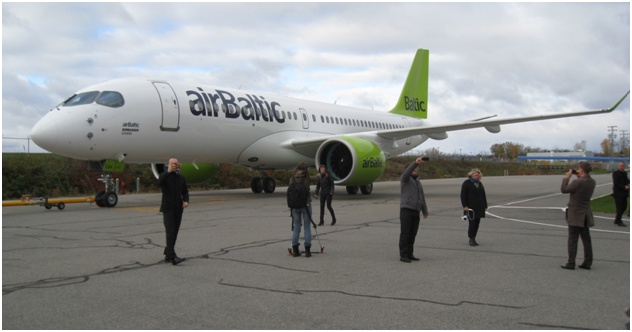 airBaltic will take delivery of the first CS300 by the end of November. This event was for Baltic media to see the aircraft and its final livery for the first time. It was fresh from the paint shop. The group also was able to see the CSeries Final Assembly Line (FAL) and to ask questions to airBaltic CEO Martin Gauss.

No-one had seen the final painting of the aircraft before the roll-out. The aircraft had been towed from the paint hangar the day before under darkness. As airBaltic wants to keep the final interior layout under wraps, we were not allowed to enter the aircraft.

Bombardier’s Mirabel facility lies a 45min car ride north of Montreal. It’s a very modern facility which houses the FALs for the Commercial Aircraft jets, the CRJ and CSeries, Figure 2. 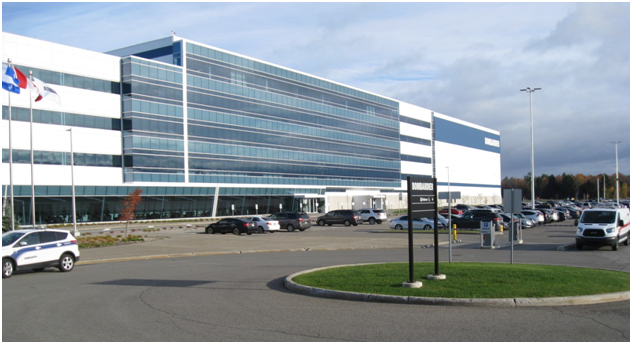 The front of the building gives space for administration functions, among them the new Customer Response Center. There, groups for CRJ and CSeries jets assist airlines 24/7, 365 days a year with any questions or issues they have.

Central to the new facility was the status wall which showed operational aircraft and the status of logged calls with the center, Figure 3. 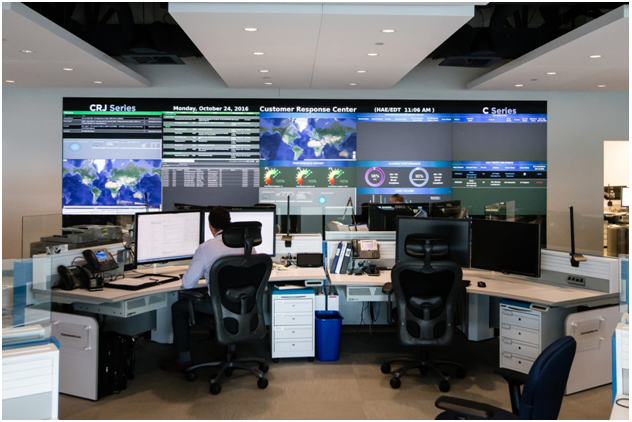 The CSeries group was up to full strength (about 15 people working in three shifts) despite there being only three CS100 in operation now with SWISS Airlines. The Center manager said this is in no way reflecting on the level of issues for the aircraft. The initial operational experience is very good. It’s rather an opportunity to train people into the job and to get the supporting specialist groups up to speed before SWISS, airBaltic and other operators come up to full speed.

The CRJ group handles 1,500 operational aircraft. It was a bit larger than the CSeries group, but not much. The CRJ is a mature aircraft with experienced operators running an aircraft with high operational reliability.

The building also contained the CSeries FAL on the back side, Figure 4. There, two lines of CS100 and CS300 get assembled. The pacing of the 100 and 300 models on the line is totally flexible. From an assembly perspective, they are virtually identical, differing only by fuselage length. 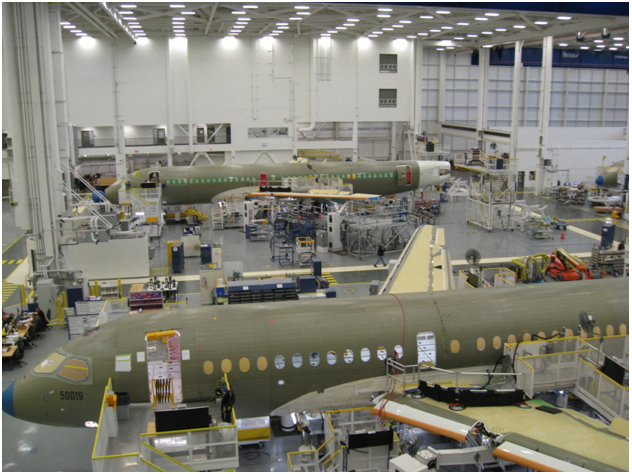 The FAL contains an entry section where system-stuffed fuselage sections get joined into a complete fuselage, Figure 5. 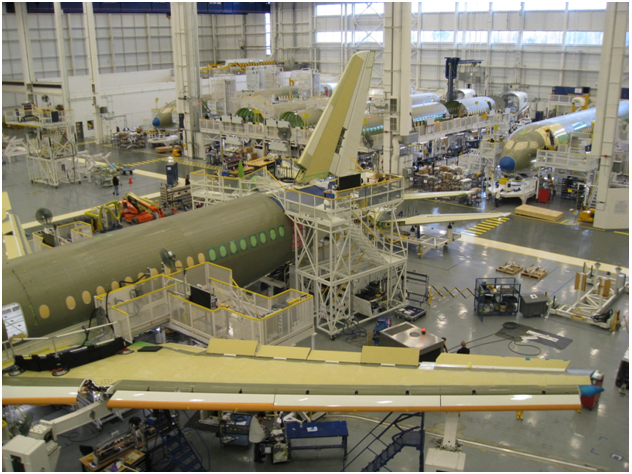 Figure 5. Start of the FAL with fuselage joining in the background. Source: Leeham Co.

The join operation is taking place in the left-most fuselage position by four towers with BBD-developed robots that automatically drills the holes, deburrs them and then adds the fasteners.

Fuselage and wing/tailplane joins are all done with a hall-based GPS reference system which is so accurate that no subsequent aileron or rudder trimming of the aircraft is necessary. This results in about a one percent performance gain compared to conventional methods, explained CSeries VP Rob Dewar, as the there is no drag from compensating flight surfaces.

Right now, the CSeries is constrained in its delivery schedule by missing Pratt & Whitney (PW) PW1500G engines. Dewar said that production is kept at planned pace and aircraft even gets engines installed without fan blades (which is the time critical item for PW) for the blades to get installed later.

We got the chance to ask airBaltic CEO Martin Gauss about the selection of CSeries CS300 to replace their Boeing 737-300 and -500 aircraft. Gauss explained that the airline invited Boeing and Airbus during 2012 to present what they could offer as replacement. Bombardier was also invited, as the airline was an operator for the BBD Q400 aircraft.

“The evaluation showed that the CS300 was the best aircraft to replace the 737-300 and -500 that we operated,” said Gauss. “The subsequent order of 10 CS300 (which has now been raised to 20) was based on BBD’s promised performance for the aircraft.”

“With the CS300 certification testing now complete, the aircraft has met or exceeded what was promised to us at the time,” said Gauss. “So should we do the evaluation today, the result would have been the same. The CS300 is an ideal aircraft for our present and future operational plans.”

31 Comments on “Visit to Bombardier for airBaltic CS300 roll-out”