March 27, 2017, © Leeham Co.: Bombardier (BBD) CSeries did the last flights of a six-month London City Airport certification last week. The CS100, when certified for London City, will more than double the available payload/range out of the airport. In fact, it can reach New York direct with 40 business passengers on-board, something it demonstrated when it left the airport for JFK on the Saturday. 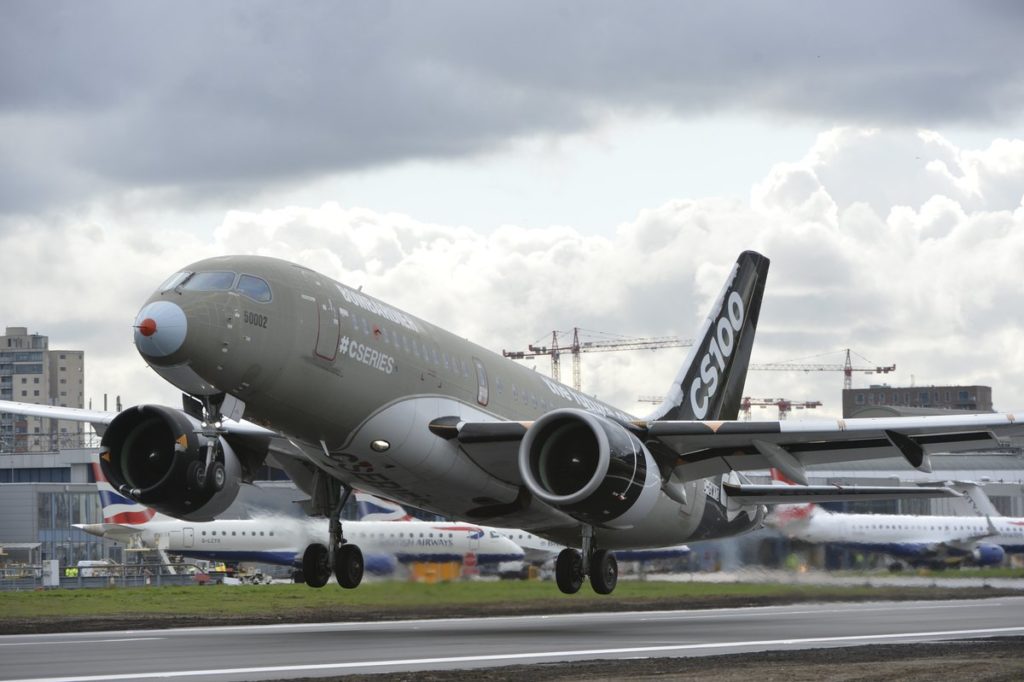 The aircraft was designed for this performance level from the outset. By designing the CSeries with engines and aerodynamics for the larger CS300, the smaller CS100 became a stellar take-off performer, providing short-field capabilities for London City and other urban airports.

Despite the design for London City, it took Bombardier six months to certify CS100 for the airport. We spoke to CSeries VP Rob Dewar about the challenges and the changes needed to the aircraft to meet the demands of London City.