To understand the wide-body engine overhaul market, we need to understand what engines are in use and how that changes over the years. Once again, we got help from Alistair Forbes, Services Research Manager at Rolls-Royce, with the statistics.

The use data is from the OAG (Official Airline Guide) database. OAG only captures scheduled flights. It means charter and freight flights are not part of the diagrams. The loss of freighter engines in the charts will not change trends or relationships between the engines. 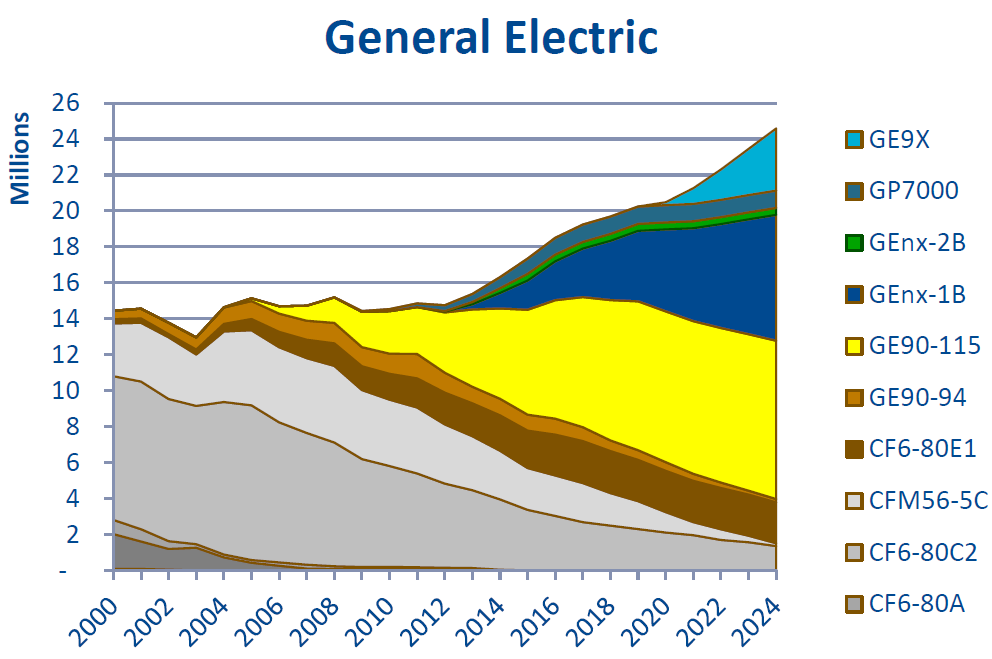 GE overtook Pratt & Whitney as the dominant wide-body engine supplier with the successful CF6-80C. It gradually became most-used engine on Boeing’s 747-200 and -400, with further applications on Boeing 767, MD-11, Airbus A300 and A310. The engine is now in its sunset period.

GE’s presently most successful engine is the GE90-115 followed by GEnx. Both engines are on a positive trend for flight hours, an important fact for the engine overhaul market.

An artifact is the CFM56-5C, which is the engine for the Airbus A340-300. CFM is owned to 50% by GE and to avoid a separate diagram for this engine, it’s included under the GE heading. 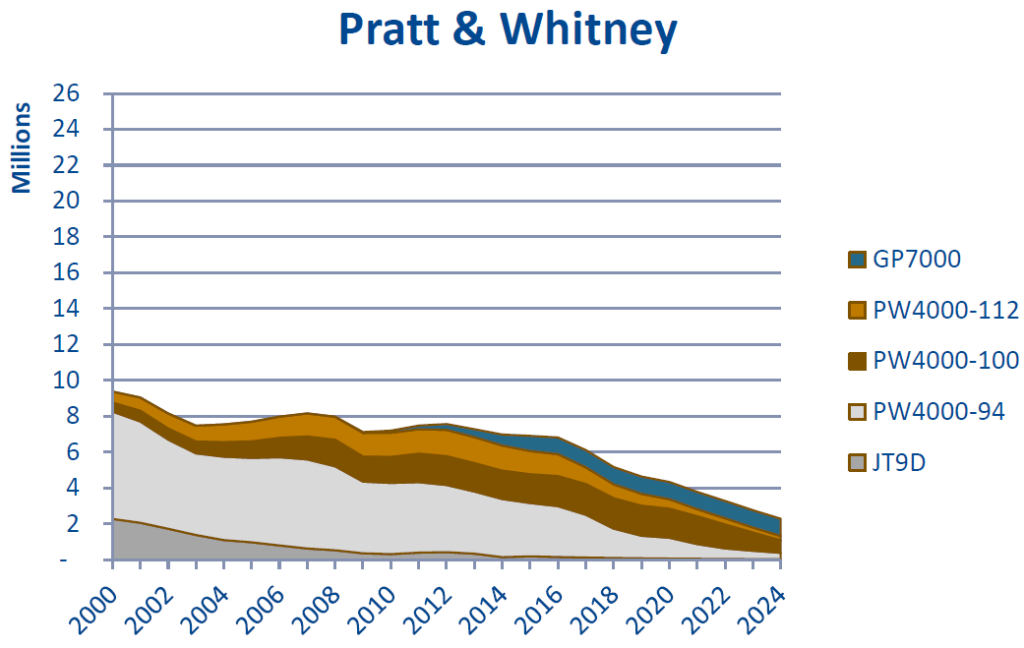 GP7000 is a joint venture with GE for the Airbus A380 with Emirates Airline as dominant user.

Rolls-Royce is the engine supplier that has taken over from Pratt & Whitney in the wide-body market, Figure 4. 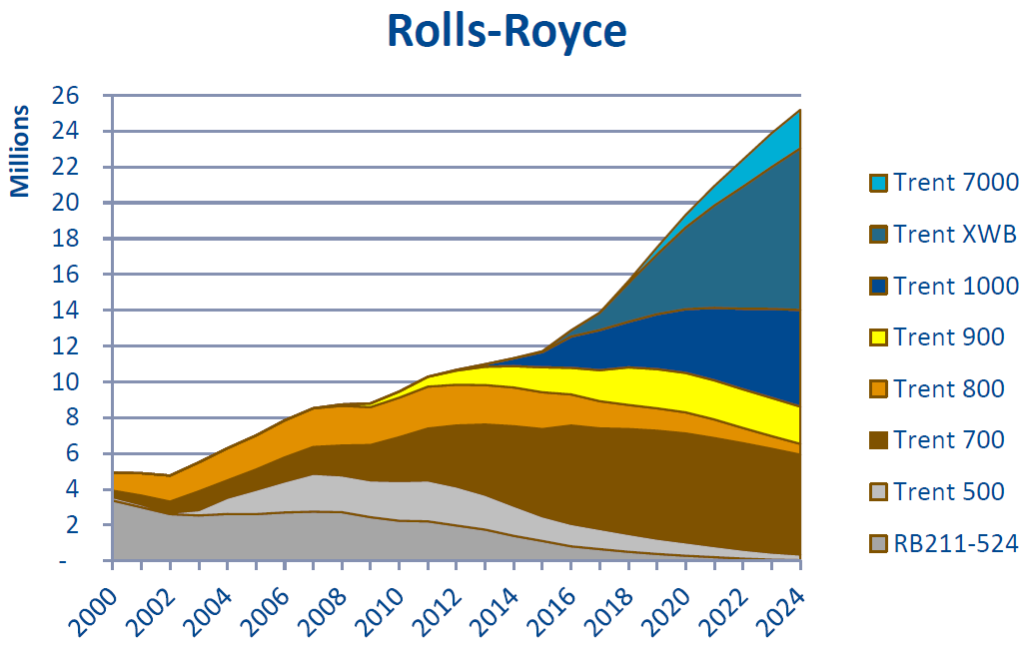 If one adds the EFH for Pratt & Whitney and Rolls-Royce for the past several years, one comes almost exactly on the number for GE’s engines. GE and PW/Rolls-Royce is dividing the market with PW trending down and Rolls-Royce up.

The successful engine is presently the Trent 700 used on the Airbus A330. It enjoys the dominant market share on this aircraft. Future growth engines will be Trent 1000 on Boeing 787 and Trent XWB on Airbus A350.

One could combine the use numbers for the Trent 1000 and Trent 7000 for the A330neo. It’s the same engine with only minor changes to fit a customer bleed requiring A330neo.

With the above use statistics we will calculate the shop visit data for the different engines and analyze how that affects the market for wide-body engine overhauls in the next Corner.

← Could an NMA be made good enough?
CSeries wrapping up London City certification →