May 26, 2017, ©. Leeham Co: Last week we looked at a maintenance plan for a common aircraft, the Airbus A320. We learned how typical maintenance tasks were described in the aircraft’s Maintenance Planning Document (MPD). It’s the central document the aircraft OEM issues that describes the minimum recommended maintenance for the aircraft to keep it airworthy.

Each operator builds its own maintenance plan for the aircraft, in cooperation with its local Airworthiness authority. The MPD is then a base input for the plan. Before we go into how such a plan can look, we describe the principal MPD task types that such a plan contain. 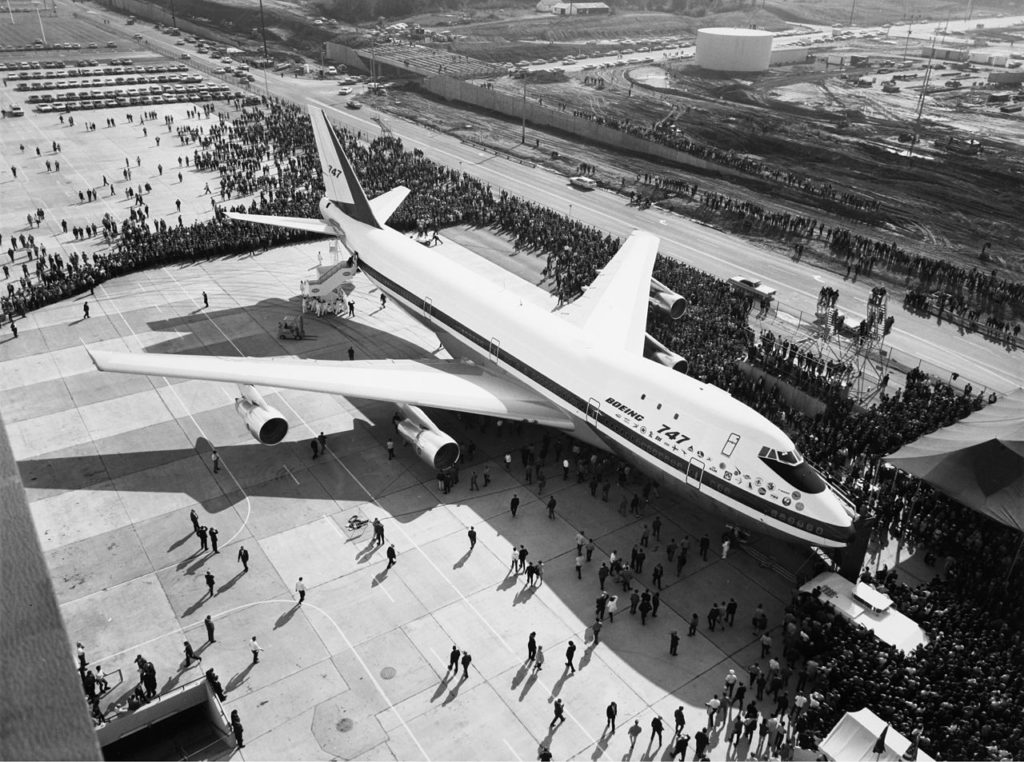 The maintenance tasks in a Maintenance Planning Document (MPD) are divided into different groups:

Where older maintenance concepts dismantled and changed parts in running systems (and with it, many times triggering faults) the modern ideas build on tests for correct function and wear detection.

Typical examples of tasks are given in Figure 2. It lists checks of the proper functioning of the Flight control system. 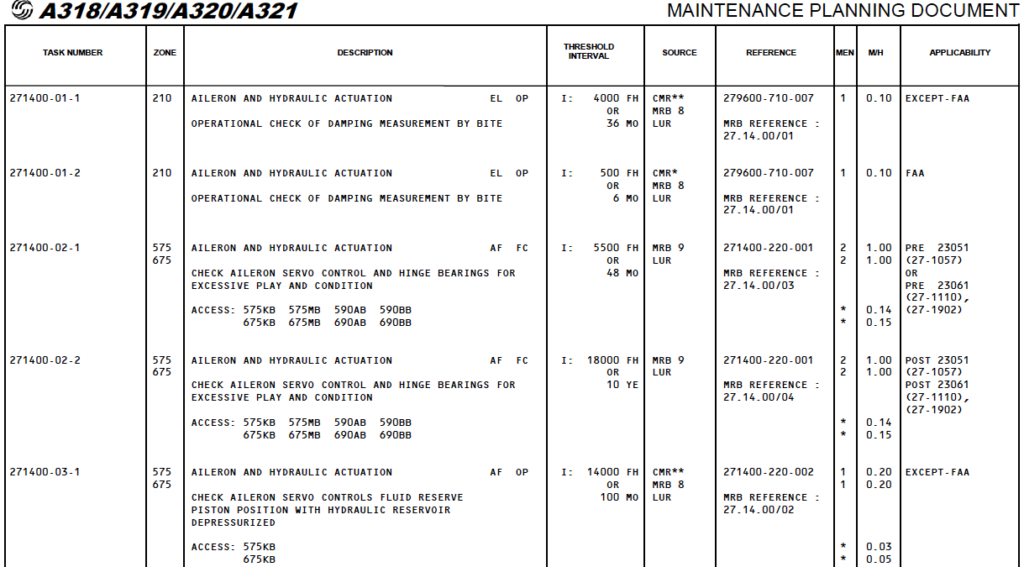 Figure 2. MPD task to check the proper function of the flight control system on the A320 series. Source; Airbus. Click to see better.

System tasks have task limits from a few Flight Hours or Cycles (e.g. for brake wear control. A Flight Cycle (FC) is a flown sector.) up to many FH/FC complemented with calendar limits to guard against low utilization (Task 271400-02-2 in this example).

The example we gave last week was a structure task. These have often long Calendar limits. The tasks we described had 6 year intervals. 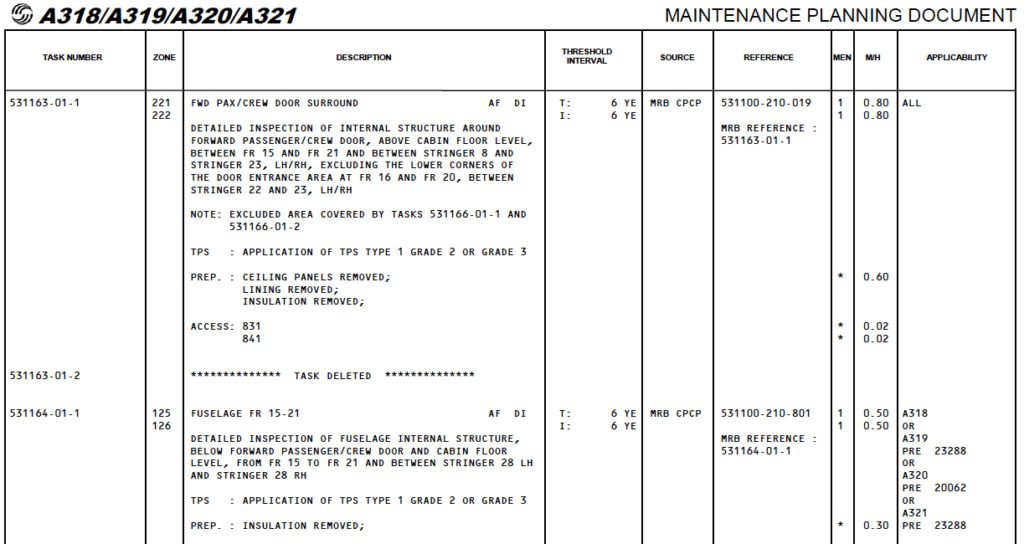 Zonal tasks are special instructions to do checks (often General Visual Inspection (GVI) for corrosion/deterioration/cracks) in different parts (Zones) of the aircraft, Figure 4. These task are broken out so they can be grouped with other task which require access to the same areas.

Often these tasks mean opening hatches or removing panels and insulation. It’s therefore important to group them carefully with other task so as not to tear down areas of the aircraft unnecessarily. 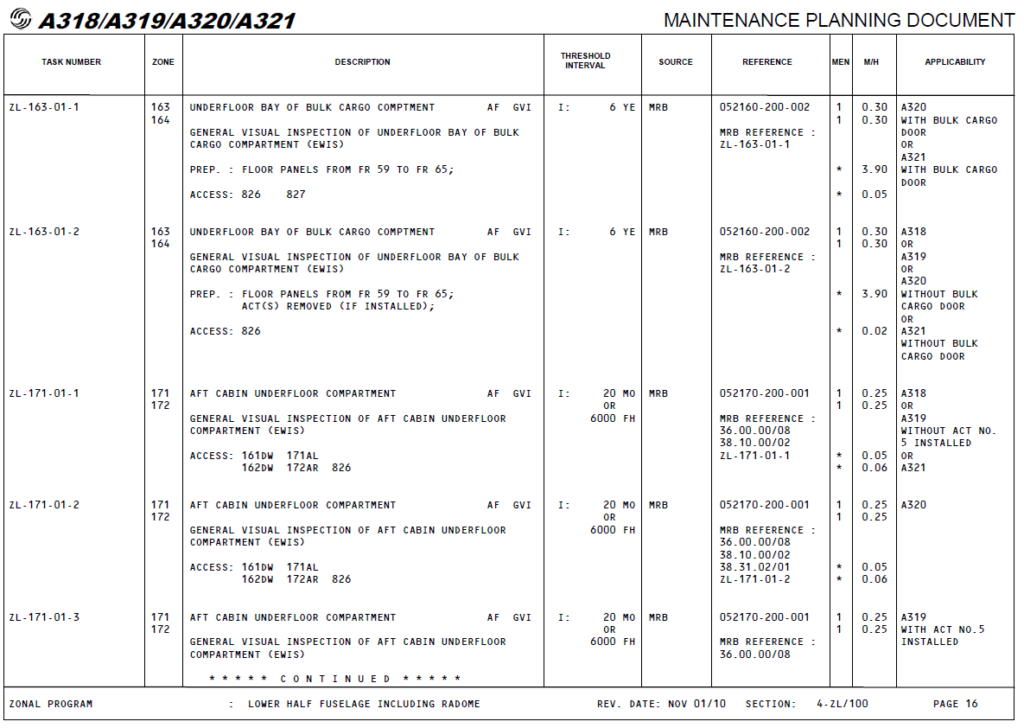 Some notes about the tasks in the figure:

In the next Corner, we will describe how these tasks are grouped into Checks in an operator maintenance plan.

← Bombardier-Delta deal can put Boeing out of business, company claims
Pontifications: No sale for Boeing in Bombardier complaint →