Bombardier-Delta deal can put Boeing out of business, company claims

May 25, 2017, © Leeham Co.: Boeing says its very future, and that of US aerospace industry, is at risk if Bombardier’s deal with Delta Air Lines for 75 CS100s and 50 options is not fined for price dumping.

That’s the claim company officials made in testimony before the US International Trade Commission May 18.

Boeing filed a complaint with the ITC and the US Department of Commerce April 27, charging that Bombardier sold the CSeries to Delta for $19.6m, a price so far below production costs that it constitutes “dumping” under legal definitions.

Bombardier and Delta deny the price and Bombardier denies the over-arching dumping claims.

LNC reviewed the 290-page transcript of the May 18 hearing.

Boeing claimed the CSeries will kill the 737-700 and, more importantly, its successor, the MAX 7, through the low prices offered United Airlines and to Delta in competitions last year.

The aerospace giant, which is six times larger than Bombardier in revenues last year, had to drop the price of the 737-700 so low to defeat Bombardier last year at

Delta has just 10 737-700s in its fleet for use at challenging airports. Source: Delta Air Lines.

United that this set a new floor that affects the pricing of the MAX 7. From here, prices will have to drop on the rest of the MAX family, Boeing claims, resulting in a cascading effect that threatens the very existence of Boeing and, ultimately, the US aerospace industry.

Boeing pointed to the United deal it actually won as the start of Bombardier’s alleged dumping in the US market.

Officials said they had to offer United the 737-700 at a very low price to win this deal, undercutting Bombardier.

At the time, LNC was told by several sources Boeing sold the -700 for about $24m, a price a United official denied. Boeing later also denied this figure, but the true cost is not known by LNC. United ordered 40 and later upped the order to 65. Still later, after a new president and CFO joined UAL, the order was swapped to the 737-800 and the 737-8 MAX.

In the hearing, Bombardier officials said they responded to a requirement for a 100-seat airplane. The CS100, in two-class, seats 110. United said this was too big, so BBD offered what it called a CS100 Lite, officials testified.

A reporter covering the testimony write this meant BBD was willing to shorten the CS100, which is already a shrink of the CS300. This was incorrect; BBD was prepared to price the airplane as a two-class 100-seater, with a plan for United to pay extra should the additional 10 seats be needed.

Parenthetically, the Delta testimony revealed that its transaction with BBD priced the CS100 as a 1,000-mile airplane. Should Delta begin using the aircraft on longer routes, additional monies will be paid to Bombardier. The CS100 has a range of more than 2,900nm.

Bombardier testified that its competition at United was the Embraer EJet. Thus, they were surprised when United changed course and ordered the larger 737-700 that hadn’t even been in the mix during the sales race.

It’s believed by LNC but never has been confirmed that Boeing and United tied other considerations into the -700 deal, possibly involving the 787 or 777-300ER.

In the Delta Air Lines deal, the airline began talking with Boeing about used E-190s and Boeing 717s. Boeing had 19 E-190s to dispose of, having committed to take them in on trade as part of an order with Air Canada for the 737 MAX. The MAX deal included options for the 737-7.

Delta testified it purchased the 19 E-190s, but rejected the 717s because none was available during the period it required and there were enough in any event. 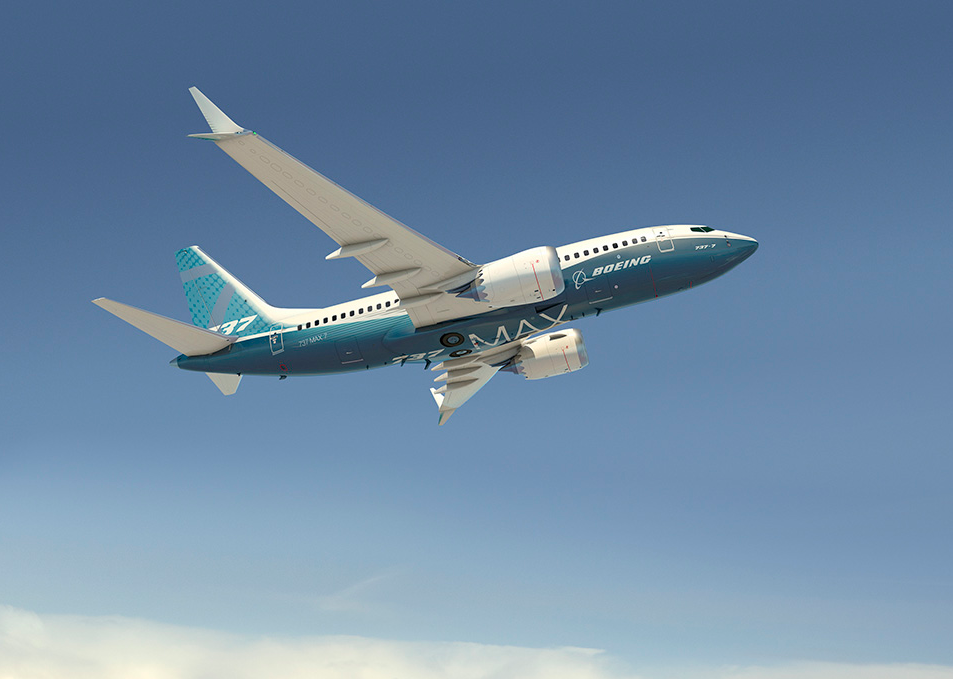 After purchasing the E-190s, Delta discovered that trying to buy 56 more on the open market, to reach the figure of 75 aircraft needed, it would cost 40% more than the price paid to Boeing for the ex-Air Canada airplanes. Accordingly, Delta immediately moved to sell the 19 E-190s without putting any of them into service.

Delta testified Boeing never offered any new-build aircraft because Boeing doesn’t have an offering in the 100-125 seat sector and it didn’t have any available delivery positions in the period required.

Furthermore, Delta testified it doesn’t like the 737-700, calling it uneconomic. DAL has 10 in its fleet, for special airports that have short runways or which have hot and high performance requirements. Delta ordered these in 1997 and took delivery in 2007-8.

Airline officials also rejected the MAX 7 as an option even if delivery slots had been available, calling the airplane rooted in 1960s design, an inefficient shrink of the MAX 8 and uneconomic vs the CSeries.

Boeing claims the $2.5bn series of government bailouts, which rescued Bombardier from certain bankruptcy, are illegal and enable Bombardier to “dump” the CSeries in the US. Boeing says the funding, which came from the Quebec province and federal governments and a pension fund for the Quebec government, are illegal subsidies.

Bombardier’s sale to Delta—with deliveries beginning next year—should be taxed at almost 79% by the ITC, Boeing says. A companion complaint before the US Department of Commerce, on the same issues and facts of the case, also calls for a 79% tariff.

Bombardier said the pension fund invested equity in Bombardier’s rail business. Likewise, the Quebec money was structured as equity in a new Bombardier joint venture with the province. The federal investment was less than US$250m.

The ITC is scheduled to render a decision my mid-June.

112 Comments on “Bombardier-Delta deal can put Boeing out of business, company claims”