Our ambition is to transport 50 passengers on a regional network. For networks which have sectors around 200-300nm, the turboprop is the preferred regional aircraft. We will now re-direct our hybrid regional aircraft project to this market segment.

Characteristics of a turboprop

The thrust to drive an aircraft forward is developed in the same way between a turboprop, propfan and turbofan. The air approaching the aircraft is caught by the propeller/fan and is kicked backwards at higher speed. The generated thrust is:

The higher the air mass flow and the lower the air overspeed compared to the surrounding air, the less work is needed to generate the thrust. The propulsive efficiency is increased. This is where the turboprop excels. It accelerates a large mass of air to a low overspeed. So, to produce the thrust needed for take-off, we can spend less energy.

The drawback of the turboprop comes from the same physics. When the aircraft is moving forward, the aircraft speed will quickly reach a speed which is close to the speed of the airstream from the propellers. The overspeed reduces and the thrust falls. Figure 2 shows in the left graph the suitable speed range for different propulsion systems.

Figure 2. Speed range for propulsive concepts and drag vs. thrust for jet and turboprop aircraft. Source: MIT and US Navy. Click to see better.

The turboprop is a very high bypass ratio propulsion. It’s efficient at low speed, but loses efficiency over 300kts. The turbofan does not lose thrust as speed increases. But the propulsive efficiency of the turbofan is lower around 100-150kts, where the critical V2 speed is. This is why we don’t need 7000kW to propel an engine out turboprop through V2.

The reference turboprop we will use to design our hybrid regional airliner is the ATR 42-600, Figure 3. 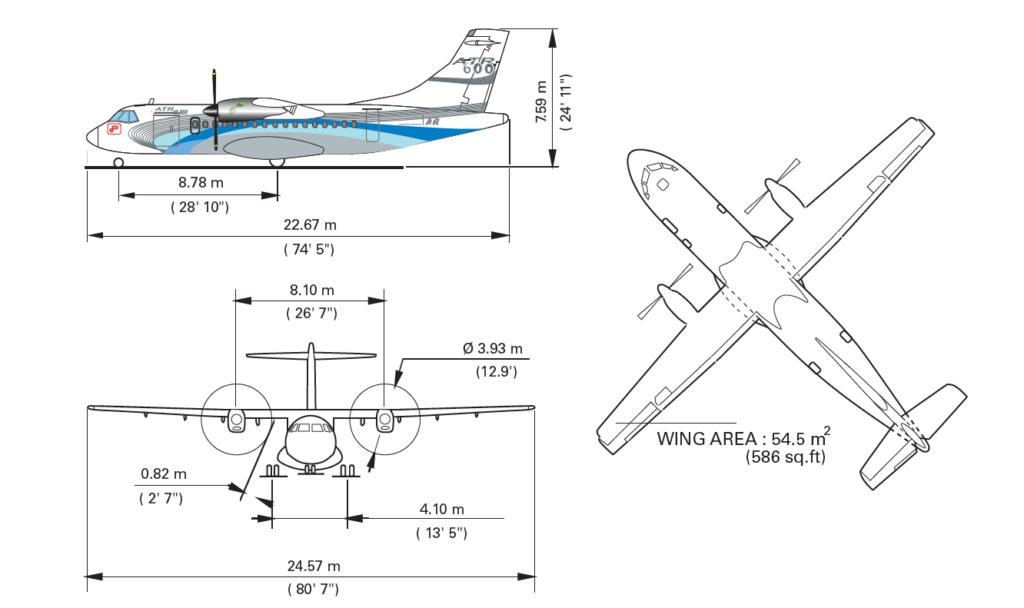 The ATR 42 adds means to bring down the power requirement further. As we see in the right-hand part of Figure 2, the drag of an aircraft shoots up at low speed, where the V2 speed is. It’s the induced drag that increases as speed decays (induced drag increases with lower speed, parasitic drag, where air friction drag is dominant, decays). 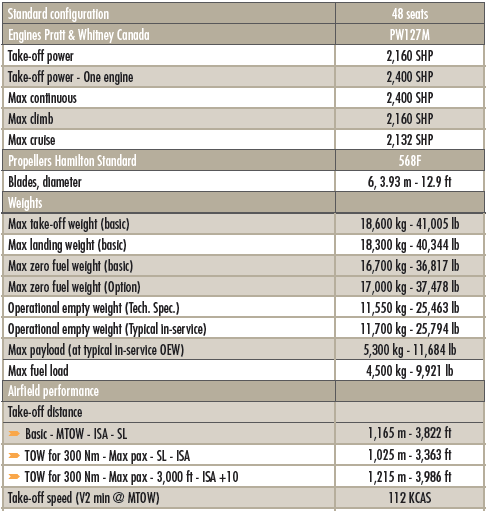 In the next Corner, we will use the lower power requirement of the turboprop to design our hybrid power chain for our 50-seat regional airliner.

← Can Airbus improve the A321neo?
Pontifications: Context is everything →