Now, we continue with low-speed problems which made Boeing introduce Speed trim on the 737. 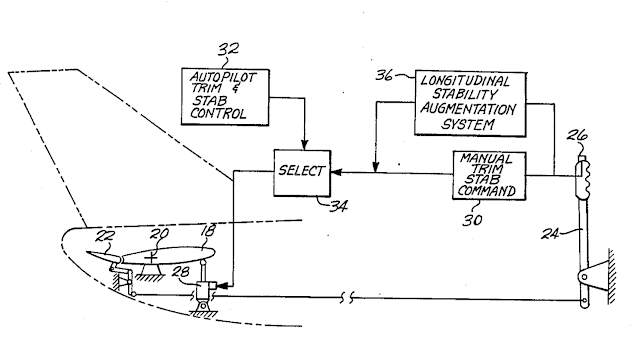 When an aircraft slows down, the pilot needs to put more Control column aft pressure to keep the aircraft flying at the same altitude. Inversely, when the speed increases, he needs less aft force and after a while, he must push the yoke forward to keep altitude.

This is the natural feel a pilot expects from his aircraft when the speed changes. For an airliner like the Boeing 737, this feel can be disturbed by different factors. One is the engine’s thrust has its force acting below the center of gravity of the aircraft.

If the aircraft has a gradually higher thrust setting to keep a stable low speed, the “natural” feel of a nose heavy aircraft can be disturbed. Boeing engineers invented a low-speed automatic trim schedule which guaranteed the right feel for the pilots, called Speed Trim.

In short, it trims the aircraft gradually more nose heavy when the speed decreases and more nose up when the speed increases from a low value. Speed Trim works in the background as pilots hand fly the 737. The trimming is most active after takeoff and is more known to pilots of the 737 than Mach Tuck trimming (called Mach Trim for the 737).

Speed Trim is something the pilots feel happening on almost every flight. Mach Tuck trimming is less obvious to the pilots.

Speed Trim came to affect the Lion JT610 crash. As none of the pilots flying the fatal JT610 flight or the flights before knew about the anti-stall trimming system MCAS (Maneuvering Characteristics Augmentation System), they thought it was Speed Trim which was active.

The Captain on the flight before JT610 wrote in his Pilot log “Airspeed unreliable and ALT disagree shown after takeoff. Speed Trim System also running to the wrong direction, suspected because of speed difference”.

In the next Corner, we will reexamine the background to the 737 MAX MCAS system and discuss why the pilots had such a problem with the system when it malfunctioned.