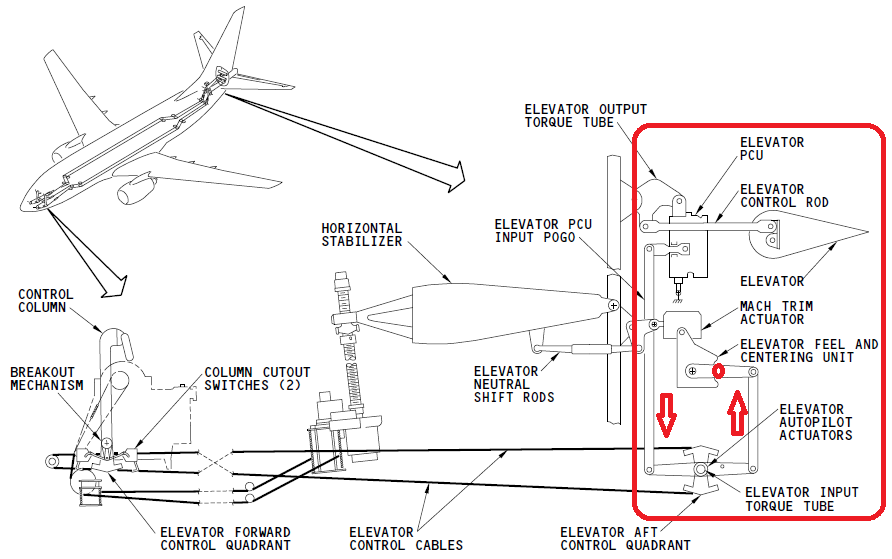 The control laws of Classical versus Fly-By-Wire control systems

A Classical mechanical system, as exemplified by the Boeing 737 system, employs flight laws where the pilot moves the control surfaces proportionally to his movements of Yoke and Pedals.

To avoid overcontrol at higher speed (when the surfaces are more effective and as the system has 100% control boost) the system introduces an artificial force increase to displace the controls at increased speed via an “Elevator Feel and Centering unit”, Figure 1.

An open-loop FBW system like the Embraer E-jet’s adds displacement gain control and other enhancements to a “Control via Electrical Wires” base system. The Flight Control Modules (FCM, the system’s computers) work in parallel and inject their analog “modification” signals to the Yoke and Pedal analog displacement signals to adjust their function.

The system requires the pilot to trim the aircraft when the speed changes. For the Pilot, the feel is a conventional flight control system with some workload taken away (Thrust and Configuration compensation, Turn coordination) with an added high AoA protection.

A feedback FBW system like the Airbus A320 (plus all Airbus aircraft after the A300 and A310) can go further in helping the Pilot. Now the connection between the Pilot and the control surfaces is via computer software. The software’s flexibility and the aircraft’s sensors are used to isolate the Pilot from the varying effectiveness of the control surfaces and changing aerodynamics within the flight envelope.

In an A320 the Pilot in normal flying gets the same pitch load factor for the same stick deflection, irrespective of speed and altitude. In roll, he gets a pitch rate. The pedals are footrests, as there is no need to kick rudder in normal flight, all turns are 100% coordinated. Further, you don’t apply pitch up in a turn, you just deflect the stick sideways and the aircraft does a clean turn without losing altitude.

It is then logical the FBW does the trimming for you. When you release the stick the aircraft remains in this attitude until the Pilot commands an attitude change. This means the system handles all Speed, Altitude, Configuration and Mach changes.

As the aircraft remains in attitude, a pitch up attitude which is not compensated by a thrust increase can lead to low speed and stall. Therefore, auto-trim FBW systems have stall protection. The system warns when stall approaches on the speed tape, Figure 2, and switches to AoA control of the stick instead of load factor at “Alpha Prot” in Figure 2, then it increases thrust at “Alpha Floor” and finally refuses to fly over “Alpha Max”. 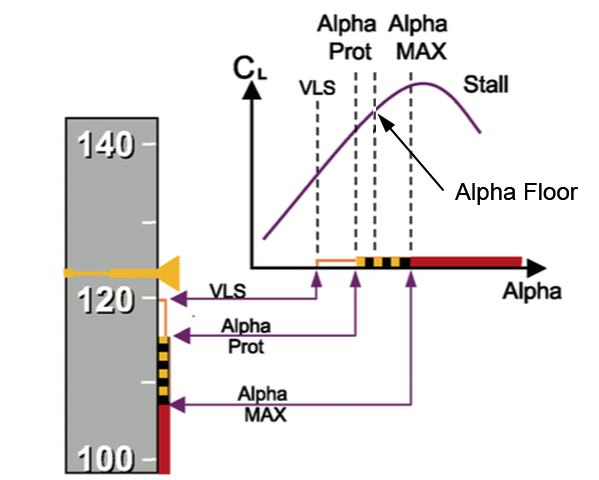 In the next Corner, we will look at alternate ways to implement a feedback FBW system, with examples like the Boeing FBW for the 777/787.