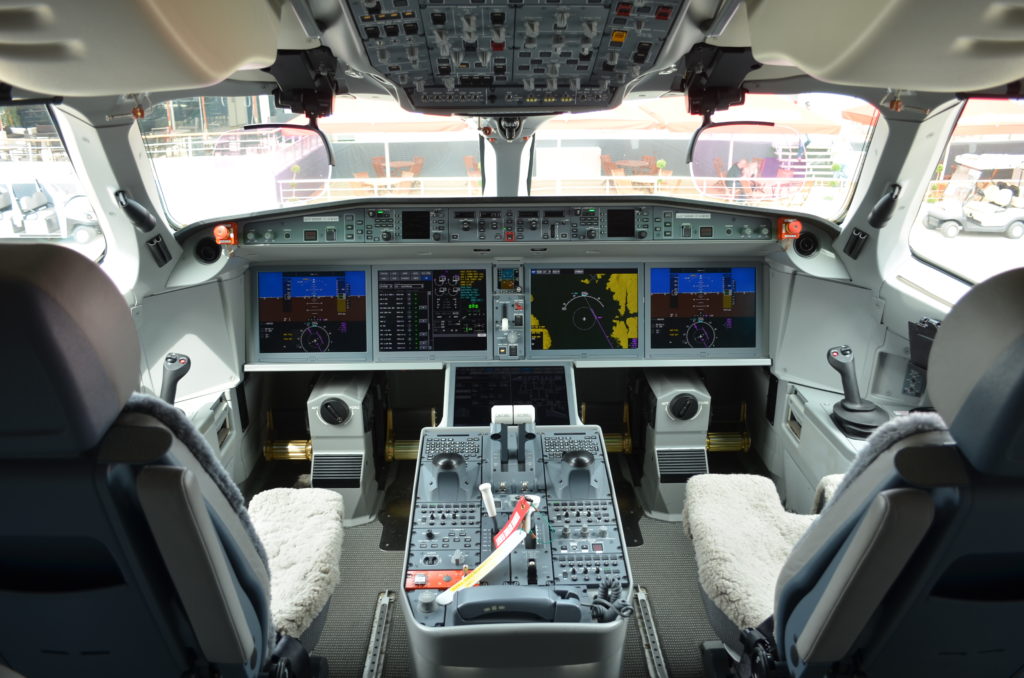 Flight control
C Series is a Fly By Wire (FBW) aircraft with a passive side stick controller, very much like an Airbus. As discovered during my A350 flight, this is OK. Active feedback sidesticks would have been better, but they were not available to the C Series project.

The throttles are like Boeing throttles; they are back-driven, i.e., one can see and feel when the auto throttle is working, which is good. This is typical of the C Series. It takes the best ideas from Airbus and Boeing and puts them together. In some instances, the C Series team had own ideas where they beat both the mainline legacies. One is the radio control panel. It is up at the glare shield (shared control panel with the display and navigation controls), where it should be, taken from their Biz jets.

The FBW flight laws are Boeing’s, as I understand it, i.e., the aircraft is speed-stable like a classical aircraft. I haven’t flown the Boeing laws, but had no problem with the C* laws for the Airbus. Look at my previous corners to get the lowdown on flight laws, here, here and here.

The FBW envelope protection is mostly Airbus. Angle-of-attack and load-factor have hard limits (Boeing also has hard limits for angle of attack for 787 when slats/flaps are deployed, I’ve been told), and this works well. High speed protection is a bit nicer done than Airbus. It reduces the throttles, but then it doesn’t raise the nose like the Airbus; it deploys the airbrakes. There is no change in the aircraft’s trajectory, a nice touch.

Avionics and FMS
The avionics suite is the same as for the Bombardier high end business jets, Rockwell Collins Pro Line Fusion, Figure 2. It has some really good features. 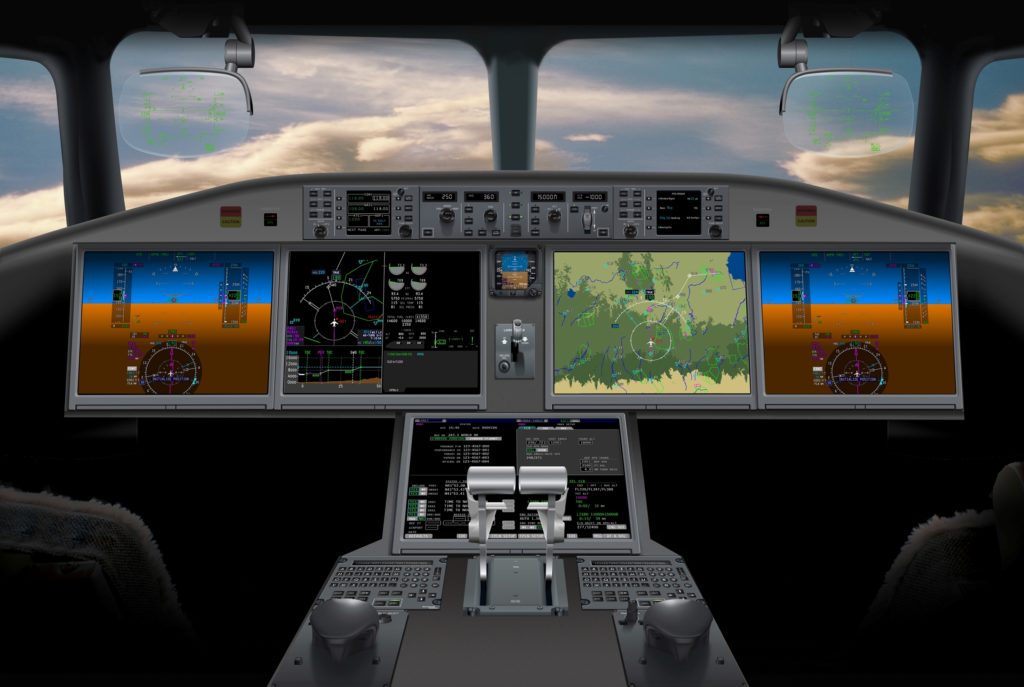 All display and control functions are made to keep the pilot’s eyes looking up and/or out.  The only important items on the central console are the throttles and the roller-ball/keyboard FMS input devices. Pro Line Fusion has total flexibility how the five large screens are used.

They can combine Primary Flight Display (PFD) with approach plates or Navigation Display (ND). Virtually any partitioning of the screens is possible. Note that the ND has both lateral and vertical displays, like the A350 and A380. A real important safety feature is the availability of synthetic 3D terrain superimposed on the artificial horizon for the Primary Flight Display. Instrument flying, which is hard work for the human brain, becomes a breeze with synthetic vision. Head Up Displays (HUDs) are optional for the cockpit and they show exactly the PFD picture, including synthetic vision.

The FMS is mouse-oriented with a tabbed interface, just like the A350 FMS. It seems to have a stricter flight phase structure than the more classical FMS on the Airbus jets.

The autopilot control panel (in the middle of the glare shield, in Figure 3 to the right) looks very much like that on the Boeing aircraft, which is good. I expect it to have the same logical division into Lateral and Vertical navigation modes. Airbus has a more mixed setup which has to do with their special throttle handling. 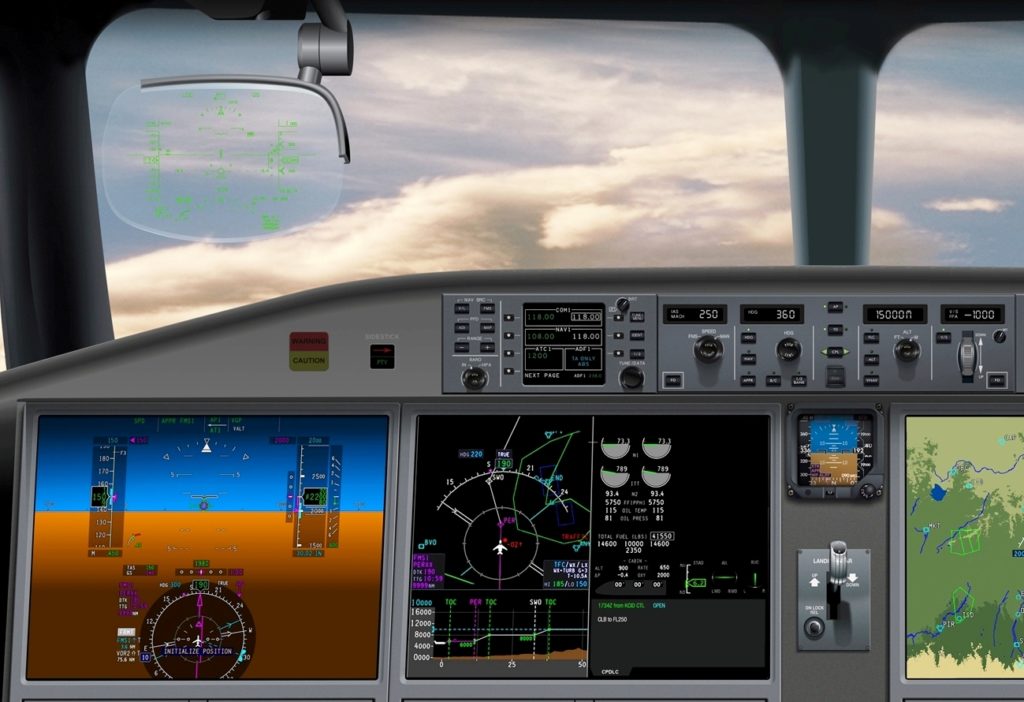 What I like about the C Series that neither Airbus nor Boeing have is the glare shield-based radio controls. For the duopoly aircraft, this is a heads-down exercise, much better to have your eyes close to where the action is, your outside and the PFD/HUD. Overall, the heads up and out cockpit philosophy is commendable.

Summary
C Series is an aircraft project that has got a lot of tricky technical decisions right. It’s hard to find where they should have taken another path.

This hitting the right path at the junctures seems to have continued on the cockpit/pilot interaction side as well. Can’t wait to fly the thing.