Analysis: Boeing’s priority after recertifying, delivering MAX: remake the Board

the long path on the road to normalcy.

The second priority is to remake the leadership and governance.

Achieving the first priority needs no explanation. So much about these issues was written last year. I’ll skip to the second.

Update: A statement from a law firm representing families of the Lion Air JT610 has been received. 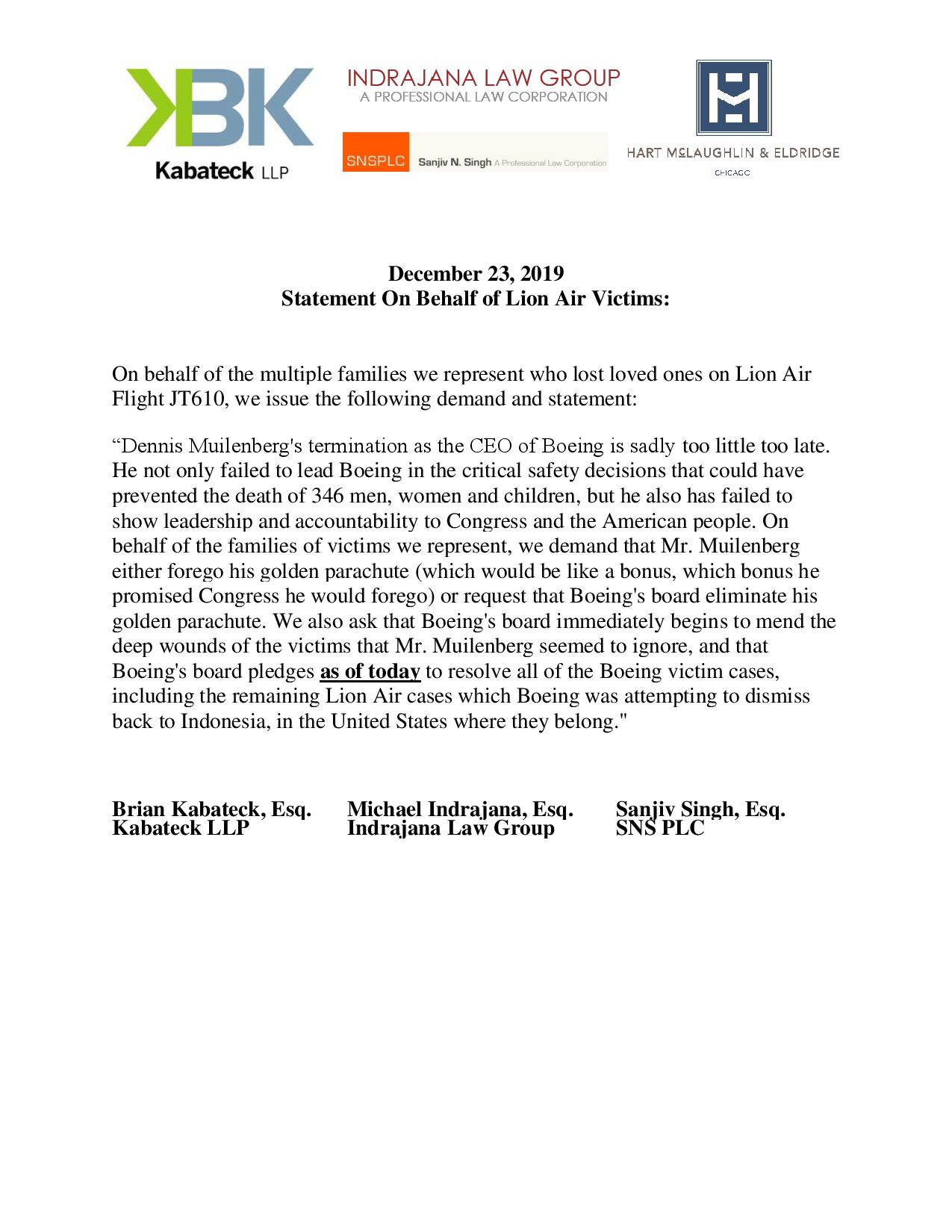 Boeing needs to take bold steps—and I mean, really bold steps—to recover from the worst crisis in its 103 year history.

I outlined in an Oct. 7 column why the top executives and half the Board of Directors need to go. This was limited to the MAX crisis.

Things only got worse since then.

The US House hearing was so clearly a sound-bite moment for Members of Congress, that Boeing CEO Dennis Muilenburg came away largely unscathed.

But Muilenburg’s performance at the US Senate hearing was just horrible.

His repeated predictions about recertification and return to service resulted each time in a hand-slap by the Federal Aviation Administration.

Relations with airlines and lessors are sinking.

The FAA complains it still isn’t getting documents required.

It is puzzling how Board Chairman David Calhoun could have said in a CNBC interview that, “from the Board’s view, everything Muilenburg has done is right.”

On its face, the statement is either ludicrous or it shows how insulated and out of touch the Board is.

The annual shareholders meeting is in April.

This would be a good time to name a new CEO and replace half the Board, as described in the Oct. 7 column.

As noted in the Oct. 7 column, the Boeing board is entrenched.

It also fails to include a pilot of high stature—someone like a Chesley Sullenburger or the late Al Haynes. Given what’s happened, a former investigator from the National Transportation Safety Board or a former member of the EASA regulatory agency might be a good addition.

The GE cost-cutting culture in the executive ranks and the Board that’s been prevalent for 20 years needs to go.

Crucial is a Board that has fresh perspective and is not married to “shareholder value” as the No. 1, 2 and 3 priorities.

Shareholder value is important, of course. But not at the expense of safety and investing in new airplanes rather than derivatives of a 50-year old design (the 737) or a band aid (the 777X).

This brings us to the third priority.

Boeing, as I’ve previously written, must quit dithering and launch a new airplane.

The weakest links in the Boeing product line are the MAX 9 and 10.

These airplanes will do well what they are designed to do. However, they are inferior to the Airbus A321, by a wide margin.

The market made this clear. Depending on the moment the data is measured, the A321 outsells the MAX 9 and 10 by three to five to one.

(Boeing has an even weaker link with the 737-7, but the solution to this end of the market will rest with Boeing Brasil, if this joint venture is ever approved by regulators.)

Problems long in the making

Boeing’s problems have been two decades in the making, at least.

If one can pinpoint the start of Boeing’s decline, it is with the 1997 merger between Boeing and McDonnell Douglas.

This was the beginning of the priorities on shareholder value and cutting costs.

The industrial plan for the 787, a cost-cutting drive, was a total disaster that went well beyond the $32bn in deferred costs, plus customer compensation. The 747-8 was negatively affected, over budget and late. The decision to launch the 737 re-engining came while these two programs were still in production instead of in service.

The cost-cutting, and some say, corner-cutting, began with the influence of the McDonnell family, Harry Stonecipher, Jim McNerney and the GE influence on the Board.

Boeing handed market share to Airbus as much as Airbus earned it, even as the latter went through its own industrial challenges, scandal and executive suite turnover.

The Annual meeting in April is a good time to start.

← Analysis: Calhoun’s insider status raises question: is he the one to pull Boeing out of its dive?
Holiday publishing schedule →

118 Comments on “Analysis: Boeing’s priority after recertifying, delivering MAX: remake the Board”