Sunset of the Quads, Part 1

July 30, 2020, © Leeham News: British Airways announced two weeks ago that it would immediately retire its entire Boeing 747 fleet. Several other operators announced accelerated retirements of their Queen of the Skies fleets. There are now fewer than 100 747s left in passenger service.

While less publicized, airlines have also been accelerating the retirement of their Airbus A340 fleets. Lufthansa put its 10 remaining A340-600s into long-term storage.

So far, Air France is the only airline to have permanently retired its A380 fleet, initially scheduled for 2022. However, Emirates and China Southern are the only airlines currently operating the Superjumbo in passenger service. All but a handful of A380s are in storage, with some airlines not intending to bring them back into service for several years. 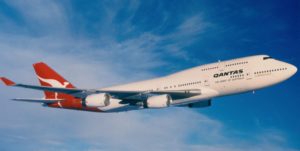 The slump in passenger traffic caused by the COVID-19 outbreak accelerates the sunset process of the markets operated by quad-engined aircraft. What did the quads bring that was desirable and what changed? Are quad engine aircraft gone for all times?

We look into these questions in this article series, and we start with the Queen of the Skies, and we focus its best selling variant, the 747-400.