Long ago, The UK imposed 14-day quarantines on arriving passengers. Most of Europe banned US travelers entirely.

Within the US, some states and cities sporadically imposed quarantines on those arriving from highly infected states, whether by air, trains or cars. (Enforcement is questionable, but this is beside the point.)

New York City now has a 14-day quarantine on travelers from 34 states. As an island, checkpoints are easy to set up.

Chicago has a 14-day quarantine from 15 states. Enforcement is spotty at best.

With quarantines here and there, why fly as a visitor if you know there is a likelihood of having to isolate yourself (the UK, maybe New York) and a chance, however remote (Chicago)?

I planned to attend the Farnborough Air Show this year, as always. I bought my ticket, on American Airlines, in December (for the 2019 tax deduction). COVID reared its ugly head and FIA was canceled. Then the UK imposed a 14-day quarantine. I had a seven-day itinerary.

Flying made no sense.

(As an aside, when I contacted American about canceling the trip, the airline only wanted to give me the ability to use the ticket by December 2020. Fat chance for that. So I played a game of chicken. If American canceled the flights, by Department of Transportation rules, AA had to refund the fare. I waited, American canceled and I got my refund.)

My brother is in the Chicago suburbs. As much as I love him, I don’t want to spend 14 straight days with him. (His small condo is another issue, anyway.)

Experts say Americans are moving around too much right now.

The US now has more people who died from COVID than American military in World War I. 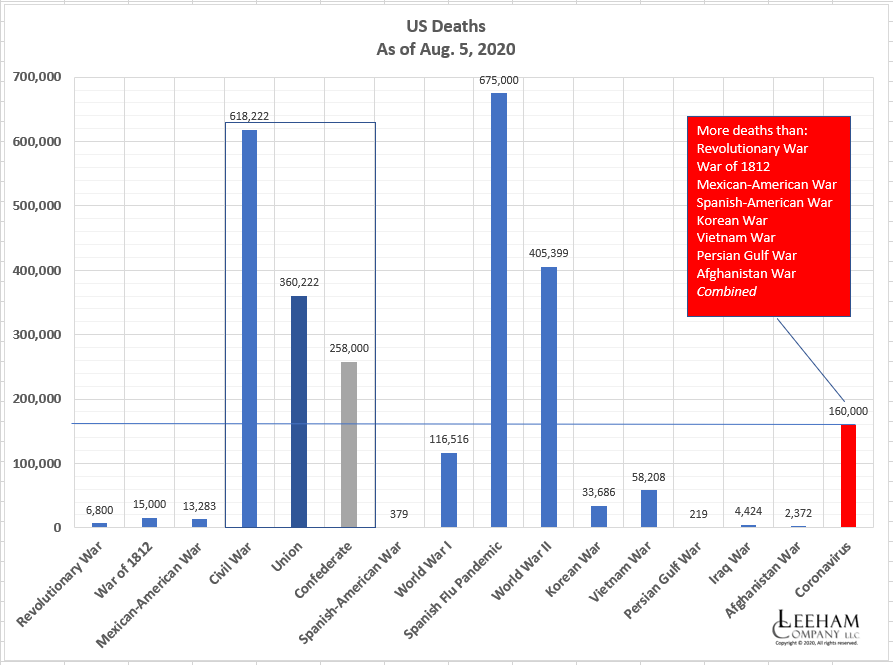 Some models forecast there will be 230,000 American deaths by Nov. 3 (Election Day) and more than 300,000 by year end. The latter figure is more than the Confederate Army lost in the Civil War and approaching the Union losses in America’s deadliest conflict, ever.

For the life of me—literally—I do not understand how so many people in the US remain in denial about the risks presented by COVID.

116 Comments on “Pontifications: No, it’s not time to fly”