Ishka, the UK-based appraisal and consultancy firm, Friday published its update of values and rents for 10-year old, single-aisle aircraft. Except for the Boeing 737-700, values leveled off beginning as early as April. Rents had a step-down though May before leveling off in June, except for the 737-700. The -700 saw a sharp decline in rents from May.

MBA, a Washington (DC)-area appraisal and consultancy, late last month published an analysis of how much of global airline fleet was operational for a week ending Aug. 25.

China airlines lead the way, but evidence elsewhere suggests this is government-driven, rather than market-driven.

However, several carriers are higher than intuition suggests. MBA notes that capacity may not match the percentage of fleets being flown. 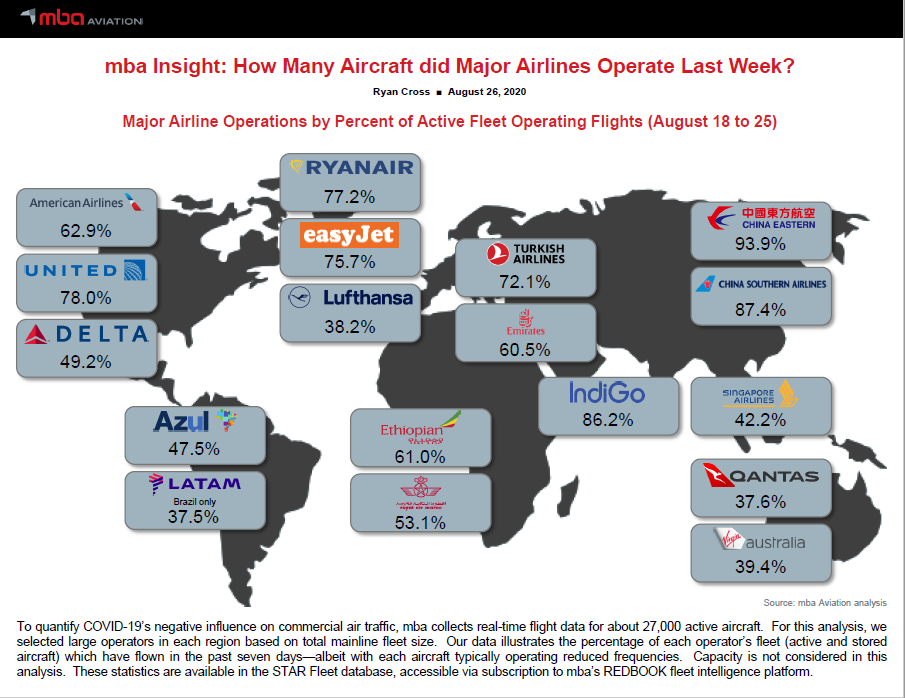