Sept. 13, 2021, © Leeham News: The first COMAC C919 is supposed to be delivered to China Eastern Airlines before the end of the year.

If so, it will be the milestone of the program launched in 2008, 13 years ago, becoming one of the longest launch-to-EIS in aviation history. COMAC’s ARJ 21 took one year longer. This regional airliner program was launched in 2002. Entry-into-service was in 2016.

COMAC forecasts producing 150 C919s a year by the middle of this decade. Achieving this rate in this period should be a major challenge. Based on normal learning curves, a more realistic ramp up to 150 a year will take until early 2031. 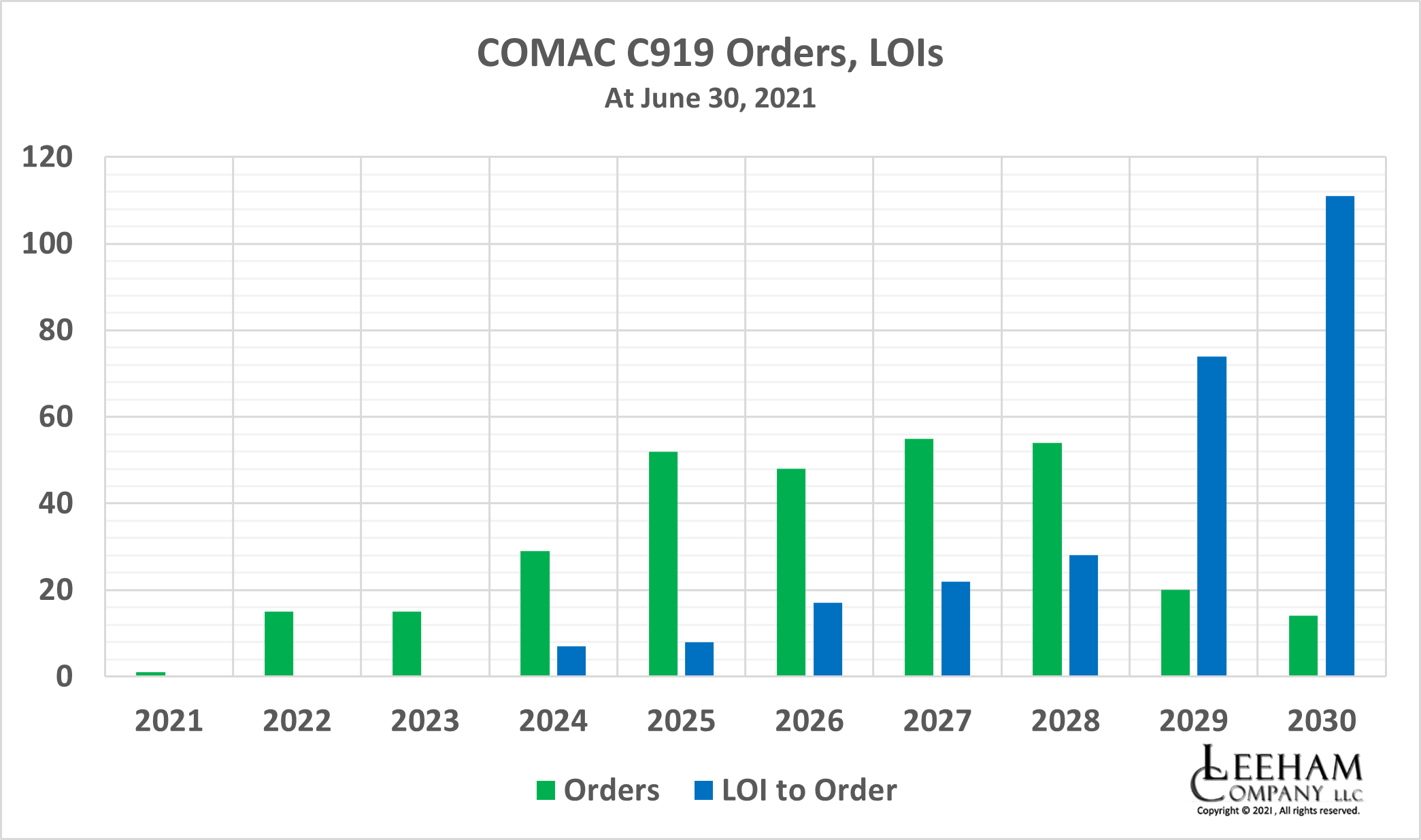