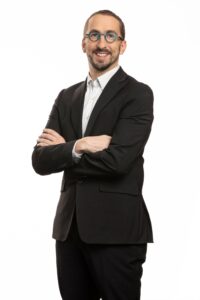 Sept. 28, 2021, © Leeham News: Airbus is streamlining some of its production of the A220 to reduce costs and the time to assemble the airplanes at its Montreal and Mobile plants.

Florent Massou, the SVP and Head of the A220 program, told LNA the company wants to shave 50% of the final assembly time for the A220. There will be an unrevealed cost reduction, which Massou declined to reveal. But he said it isn’t a one-for-one cost reduction.

Final assembly typically runs 5% to 8% of the total cost of the airplane, according to Boeing’s touch labor union, the IAM 751. Whether this equates to the A220, which began life as a Bombardier aircraft, is unknown.

Bombardier was faced with start-up costs of what was then known as the C Series. An analysis early in the program by LNA concluded the early CS 100s cost about $33m. The larger CS 300 cost $2m-$3m more, according to the same analysis. The cost comes down as the learning curve goes up.

An early Airbus challenge is to bring the cost down, dramatically. At the current low-rate production of about 5/mo, Airbus loses about $400m a year on the program, according to a London financial analyst who follows Airbus. (Massou declined to confirm this figure.)

Massou decline to reveal how long it takes Airbus to assemble an A220. LNA estimates it takes about 14 days. A 50% reduction, to about seven days, is in line with Boeing’s time to assemble a 737, pre-COVID, pre-grounding of the MAX.

Reducing the assembly time and increasing the production rates are key elements to cost reduction. Airbus wants to increase the rate to 14/mo by 2025: 10 at Mirabel and four at Mobile. Mobile, a brand new plant, currently assembles the A220 at the rate of 1.5/mo, up from 1/mo at the beginning of the year. The rate will increase to 2/mo early next year, Airbus says.

A220 Pre-FAL line under construction where fuselages will be “stuffed.” Photo: Airbus.

Cutting costs from the supply chain has been a goal by Airbus since before the 2017 transaction closed. This effort continues. This new plan already has been implemented: Airbus began “stuffing” fuselages with systems above the floor level before fuselages hit the final assembly line in Mirabel and Mobile.

The old Bombardier/Mitsubishi CRJ production building, which Airbus purchased as part of the C Series deal, is being converted to a pre-FAL line that opens early next year. The pre-FAL area will be able to meet the 2025 production rate of 14/mo.

The FAL is to focus on final assembly, Massou told LNA, not stuffing systems, pipes, insulation and such that goes behind the sidewall panels. The center fuselage comes from a Chinese company, but it so far has not been able to stuff the section. Airbus had to do this work at Mirabel. Wings from Spirit Aerosystems in Belfast, Northern Ireland, are stuffed there with the lines and piping.

Fuselages from Mirabel destined for the Mobile FAL are trucked. 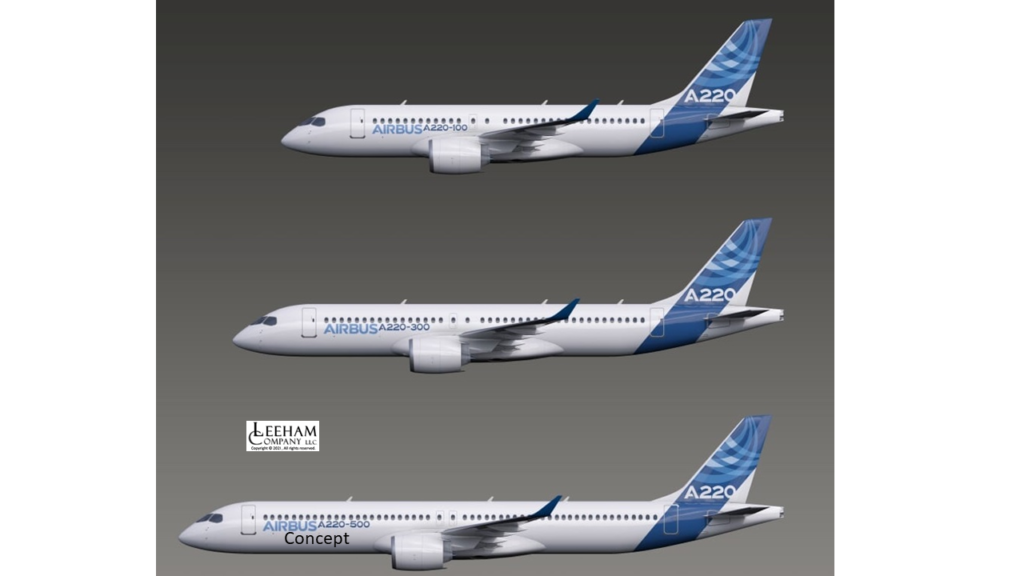 If Airbus were to create an “A320.5”—a slight stretch of 12 passengers plus a new wing and upgraded versions of the current engines, an A220-500 would slot in nicely below this larger model. Airbus’s single-aisle product line would then span 110-240 passengers, smothering Boeing’s 737 MAX. 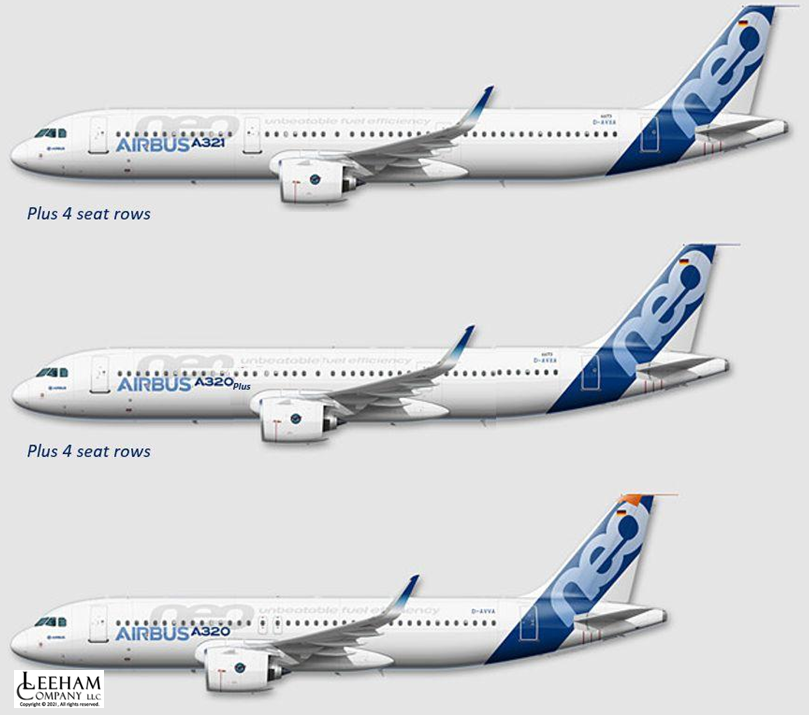 There are 4,078 MAXes in backlog, including about 225 MAX 7s. Adjusted for the accounting standard ASC 606, which identifies orders as questionable for financial reasons of the customers, the backlog is 3,325. Boeing doesn’t break out MAX sub-type orders. However, LNA estimates that about 15% of the backlog is for the MAX 9/10, or 611 to 500 before-and-after ASC 606. Because Airbus doesn’t identify the ASC 606-type of impact, we’ll ignore this accounting standard. Airbus has an estimated 83% market share of the MAX 9/10 vs A321 sector backlog. LNA believes Boeing has a slight edge in the 737-8 vs A320 sector. Boeing has roughly three times the Airbus share of the MAX 7 vs A319neo sector. But throw in the A220-300, the direct competitor to the MAX 7, plus the 70 A319neos, and Airbus has twice the backlog in the 125-149 seat sector.

Adding an A220-500 to complement the A320.5 would be devastating to Boeing’s single-aisle product line.