November 26, 2021, ©. Leeham News: Last week, we started our analysis of the serial production phase. If development is filled with revelations and problems to solve, production has it as well.

We start this week by looking at the beginning of serial production, where several issues are overhangs from development. There are areas of the aircraft, though we have achieved our Type Certificate, that are not quite to the maturity level we want for long-term serial production. 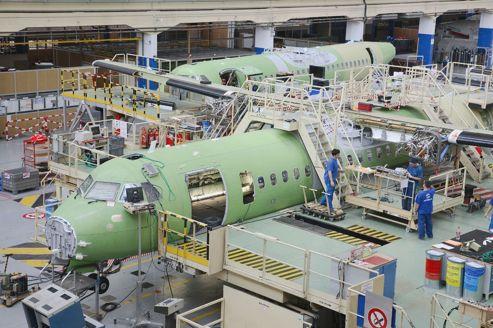 Serial production is typically started before the end of development and before the design Type Certificate has been earned. This means we have parts in the aircraft that are not fully mature and we fight with:

The reasons for the learning curve

The initial high cost of the first aircraft is because of all the above problems. But it also comes from the time it takes for assembly mechanics to confer with designers how it all is intended to come together. Parts that run into tolerance conflicts will not fit and need adjustments. The need for adjustments must be reported back to design and production engineers so that the procedure for deficiency correction can be verified. “Is it OK if we machine this surface a further 0.2mm to make the part fit?”. This can only engineering answer as it has the stress calculations and fit principle for the part in its design data.

Often the designers/product engineers/planners come to production to physically see the problems. Each problem area is thoroughly discussed. A fix is devices and is tried in subsequent aircraft.

When a production chain runs into problems with parts, it tries to continue without the part or fit it provisionally while waiting for a part that fills the specification. This means this area of the aircraft must be opened again (if it was behind something) and the final part put in place.

All this cost time and time is paid work-hours. If one analyses a simple area like an aluminum structure for example the horizontal tail, one can see that the cost of production has almost no relation to the cost of the aluminum alloy used. The all dominant cost item of the horizontal tail is the amount of work and machine hours that the item has consumed in its production.

The extra work hours spent in making different sections of the aircraft is, therefore, later found in the company’s “time used for this aircraft serial number” reports and finally in Cost of Goods Sold, COGS.

The initial part of the production is struggling with a very large consumption of work-hours to handle all the disturbances in the production. Late deliveries mean flying in parts that should have arrived with normal transport, and purchasers and production planners literally carry certain items to the production site.

As production settles down, items fit and the specification of the 500,000 items in our aircraft reach their mature and stable state. It’s when normality arrives and by it, lower costs.