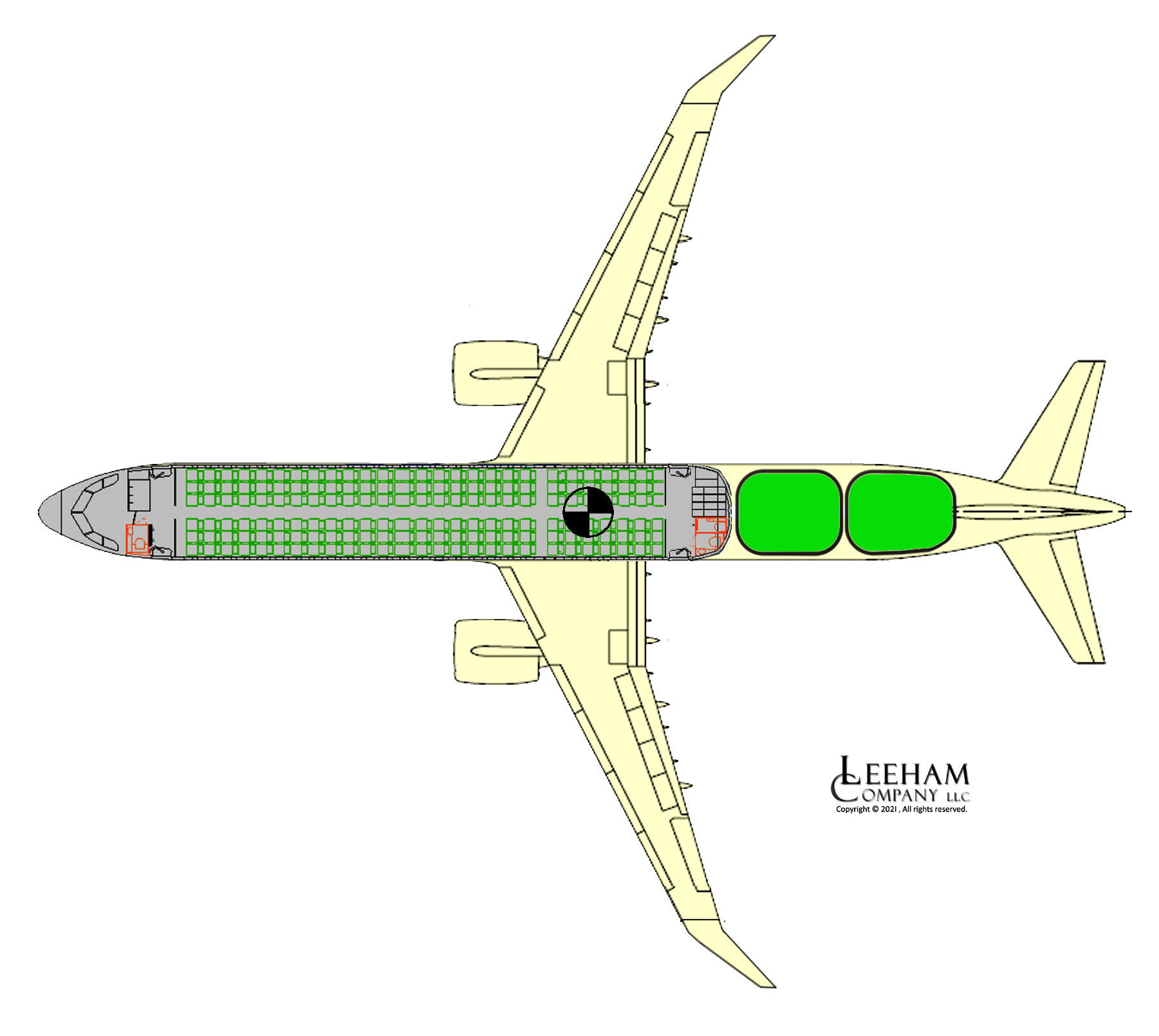 One concept of where hydrogen tanks could be located.

Feb. 8, 2022, (c) Leeham News: Airbus plans to fly a hydrogen-fueled ZEROe demonstrator soon, with an announcement coming as early as this month.

Airbus’ drive to reduce emissions appears prioritized toward developing an H2-fueled airplane. While all it’s A-Series aircraft will be 100% compatible with Sustainable Aviation Fuel (SAF) by 2030—they’re 50% compatible today—hydrogen is at the forefront of its research and development. Officials want to have an H2-powered airplane ready for service by 2035. This aircraft will almost certainly be a turboprop.

Amanda Simpson, vice president for research and technology of Airbus, said the company must have a demonstration project proving the feasibility of an H2-fueled airplane before full development can proceed. She told the audience at the annual conference of the Pacific Northwest Aerospace Alliance yesterday that an announcement could come within two weeks. In sideline remarks, she declined to say what type of aircraft will be used for the demo project.

Nothing more to add

An Airbus spokesman said separately, “We’re working toward demonstration programs to mature a number of different technologies related to hydrogen-powered concepts, but we don’t have anything more specific that that to share at the moment. We may have some interesting projects to talk about later this year, though.”

During her presentation, Simpson outlined several jet concepts that could use hydrogen fuel. A turboprop concept also has been previously shown. Simpson said that H2-powered flights previously were undertaken by the US Air Force and a Soviet airliner, some dating to 1957.