The background is that experts can’t agree if the water vapor produced by hydrogen combustion (which merges hydrogen with oxygen to water) can cause global warming or not. The only way to resolve the dispute and gain fundamental knowledge is to fly and measure. 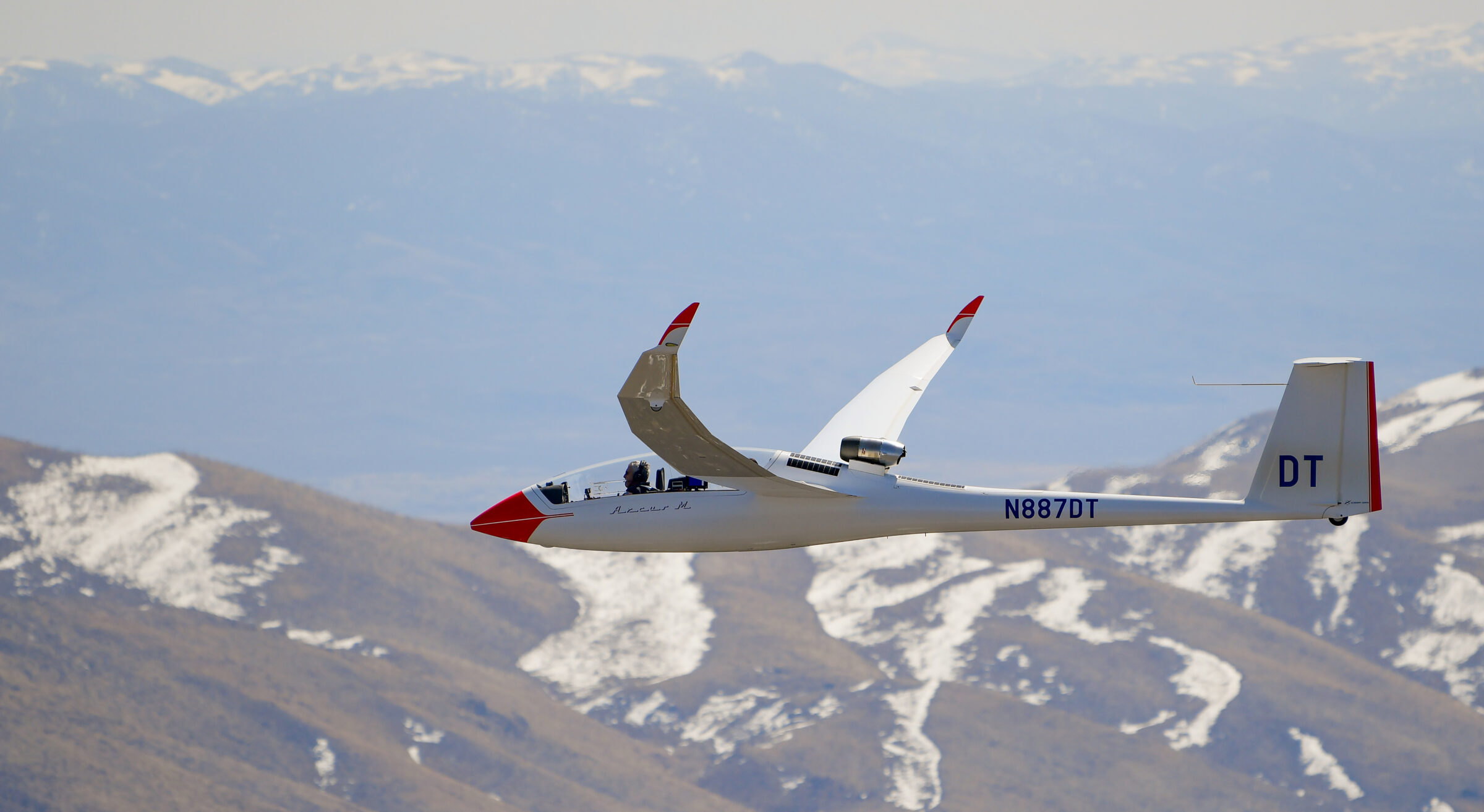 The big question mark for propulsion with hydrogen-burning gas turbines is if these produce troublesome levels of persistent contrails at high altitudes or not. If they do, such contrails will contribute to global warming.

Experts have analyzed the problem for decades but can’t agree on whether it’s a problem or not. One camp says the contrails will definitely contribute to global warming. While the H2-burning jet aircraft will emit no CO2, thus alleviating the CO2 load in the atmosphere, persistent contrails will be equally bad.

Another camp of experts believes it will be no big problem. The ice crystals produced will be larger than the crystals of today’s contrails and, therefore, will not stay airborne for long.

Aircraft and engine manufacturers can’t live with this lack of certainty. The solution is to get a hydrogen-burning aircraft to the altitudes where this problem appears (typical jet altitudes of 30,000ft or more) and fly a measurement aircraft in the emitted contrails.

German DLR (the German NASA) has developed a measurement methodology and aircraft (Figure 2) and is an authority on the subject. What was missing was a hydrogen combusting aircraft. Airbus would get its test A380 airborne with a hydrogen combustion GE Passport engine by 2026. 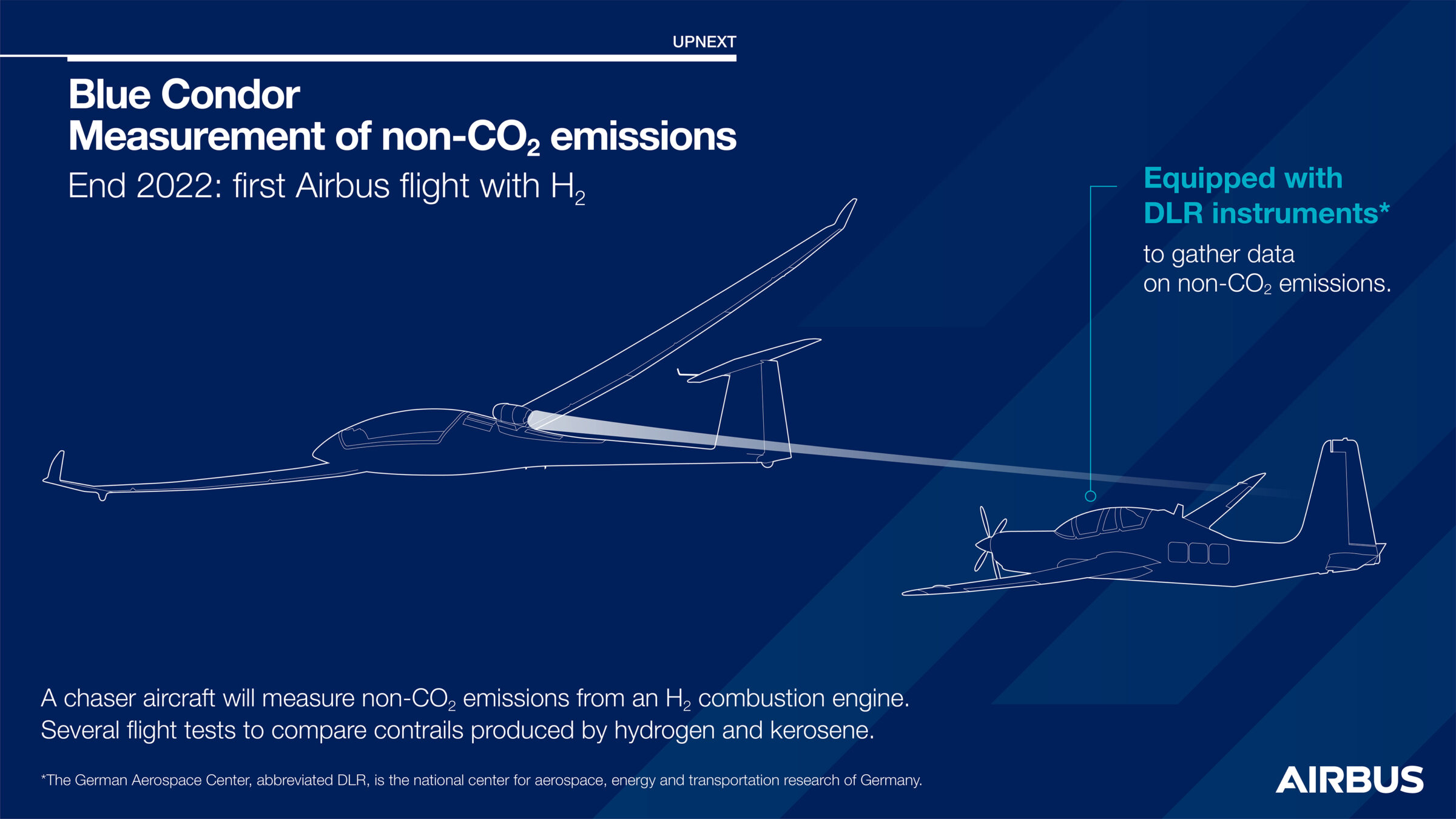 But this is late. The industry needs data now. If this is a problem, there are things that can be done, like the collection of the water by condensation in the engine exhaust nozzle, but this needs development time and, therefore, early warning.

Airbus solved the problem in an innovative way. In its Blue Condor program, it equips two Arcus gliders with jet engines (Figure 1). One has a hydrogen-burning engine; the other burns our usual Jet-A1 kerosene.

By flying these gliders in front of the DLR measurement aircraft, one after the other, the formation process of contrails from the hydrogen combustion can be studied (ice crystal size, amount, etc.) at the same time as reference data from normal combustion is gathered. By virtue of the Jet-A1 reference data, the scaling to actual size engines can be made.

The best part of the story is we don’t have to wait long. The jet-converted glider has already performed its first flight, and test flights with both engine types will be done before the end of the year. The important test will then be done in a cold climate in North Dakota during spring 2023.

Hydrogen combustion also produces NOx emissions. There is plenty of knowledge on how to get this to about one-fifth the level of today’s engines by careful combustor design. The glider tests will also measure these emissions, but knowledge gaps are here less of a problem.

It’s a benefit that the DLR measurement aircraft can also trace these emissions, which will increase the NOx emissions understanding. But it’s questionable if this problem would have motivated such trials on its own. There is not the gaping hole in the knowledge around NOx emissions that we have for H2 combustion contrails.

Why the tests are important and timely

The swift action by Airbus is commendable. Instead of debating, it uses innovative means to get data for the most pressing problem of hydrogen combustion. The aim is to gain first knowledge, so the system decisions that must be made from now to 2026 can be based on knowledge and not assumptions.

Do these trials mean Airbus is leaning towards hydrogen burn instead of fuel cell propulsion? No, there are not enough results and data from the different Airbus research and test activities to point Airbus one way or the other, according to Sabine Klauke, Airbus CTO.

But this knowledge must be gathered over the next years if Airbus shall have an operational airliner by 2035. The glider tests are an essential part of the gathering of such insights.