Dec. 1, 2022, © Leeham News: Pressure from environmentalists is prompting the aviation industry to move toward sustainable fuels.

But the pressure is not just on aviation. It’s also on bankers who finance airplanes and aerospace companies. These firms must show their shareholders, stakeholders and special interest groups that they are taking sustainability into account as they finance their customers.

The pressure is on oil companies, though many believe Big Oil isn’t really interested in cutting back its core business in favor of alternative energy.

In an interview with LNA, Chris Raymond, the chief sustainability officer for The Boeing Co., is frank about the challenges of meeting commercial aviation’s goal of achieving net zero carbon emissions by 2050. But he’s optimistic that the industry is on the right path.

It’s a path that’s been promoted before, with little success. In the first decade of the 21st century, the industry talked big but little activity occurred. In 2011, Jim Albaugh, then the CEO of Boeing Commercial Airplanes, predicted that 10% of fuel by 2020 would be Sustainable Aviation Fuel (SAF). The reality was that SAF accounted for 0.001% of the fuel. 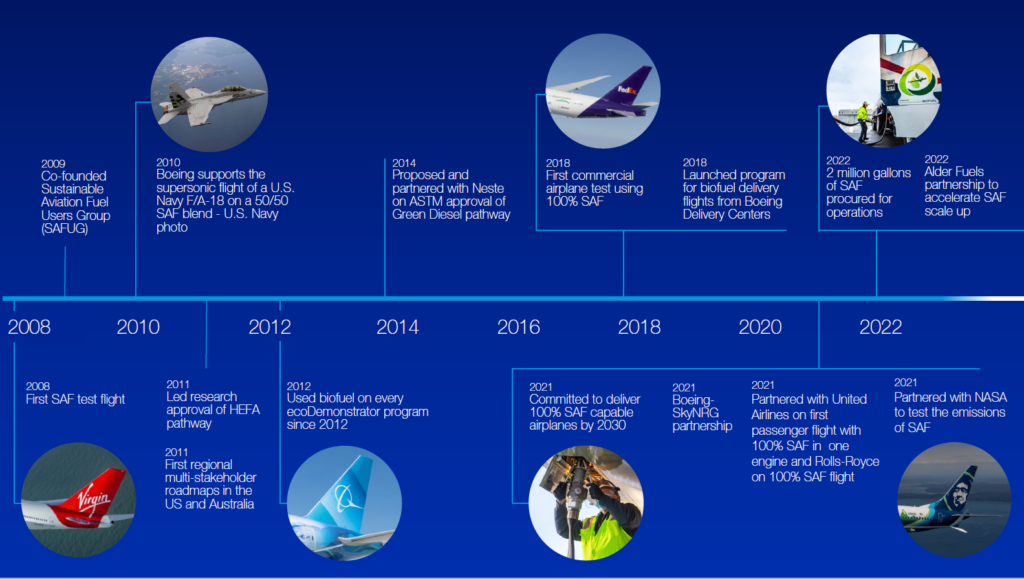 Today, there are demonstration flights, including passenger-carrying flights, that used 50% SAF.