January 13, 2023, ©. Leeham News: Last week, we could see in an example how effective Sustainable Aviation Fuel, SAF, blended into our regular Jet fuel, would be in reducing CO2 emissions until 2050.

It’s the only technology that can substantially influence our emissions over the next 30 years, as alternate technologies like hydrogen-fueled airliners need to ramp to thousands of aircraft before it affects emissions.

To understand SAF and how it can be produced and blended into Jet fuel, we first need to understand what Jet fuel is. 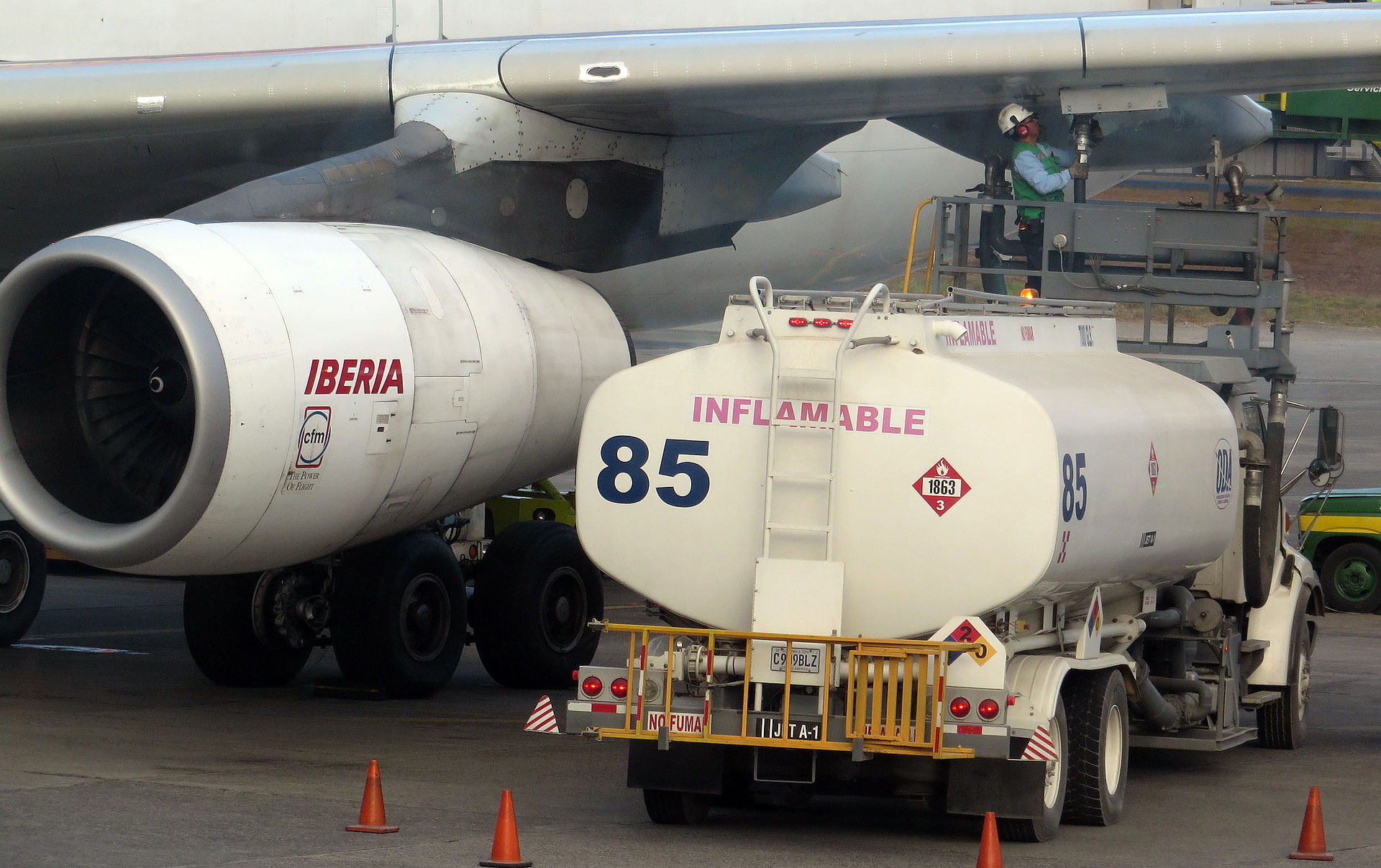 A gas turbine can run on a wide variety of fuels. The initial fuel for the German Jumo jet engines used in WW2 was diesel or synthetic fuel. Since then, about 20 different specifications have defined the characteristics of the jet fuel used in civil air transport and military aircraft.

The fuel used in civil air transport today is Jet-A1;

The performance specification for Jet-A1 used in air transport is ASTM D1655 (Jet A-1). There are also specifications for civil airliner Jet fuel variants with a higher freezing point than -47°C (Jet-A at -40°C) and an extra low freezing point (Russian TS-1 with -50°C freeze point).

Jet-A1 is classified as a Kerosene-type Jet fuel. It’s produced in a cracking process from crude oil, which was in turn created from dead zooplankton and algae that changed into oil under heat and pressure over millions of years.

The feedstock of crude oil absorbed CO2 from the atmosphere when it grew. We release these carbon atoms as CO2 when we burn refined crude oil. This time separation of absorption and release creates our CO2 problem.

Sustainable Aviation Fuel or SAF is a hydrocarbon mix where the carbon absorption from the atmosphere is near in time with the release of the atoms as CO2 when burned. SAF is a renewable fuel, meaning its cycle is the absorption of CO2, then release, and it’s a repeatable process.

There are a wide variety of processes where capturing CO2 into a hydrocarbon mix can create a SAF. In general, we can define two big groups;

The different biofuel processes are the lower cost alternative, resulting in biofuels that cost three to four times the current price of Jet Fuel. E-fuels are highly dependent on the cost of the used energy and will, with classical energy sources, cost more than biofuels.

Classical rubber seals used in aircraft fuel systems rely on aromatic compounds in the fuel to keep the seals supple. Pure biofuels lack such compounds, and unless these are added or biofuel is mixed with Jet fuel, the seals can shrink and start to leak. It’s the background to the need for blends for aircraft that don’t use modern seal materials.

Blends up to 50% are OK with these older seal materials and have been certified by ASTM as safe for use in airliners.

The SAF production ramp problem has made a global 50% blend unachievable for decades, so the problem we have is not the blend tolerance of our airliners; it’s the world production of SAF. More on this in next week’s Corner.