CSeries: Airliners.net had this photo over the weekend. The first flight is expected after the Paris Air Show.

Airbus has powered up the engines on the A350 for the first time. First flight is expected within weeks, likely before the Paris Air Show.

Smaller jet demand: The smallest Airbus and Boeing jets have weak demand, reports Aviation Week. And we’re not just talking about the A319 and 737-700/7.

787-9 Assembly begins: It was a busy weekend, with all of the above and capped by the start of 787-9 assembly. The first three 789s will be built on the Surge Line at Everett.

777 Painting: We linked two stories last week, to KING 5 and to The Seattle Times, about the robotic wing painting for the 777 line. Here is a photo: 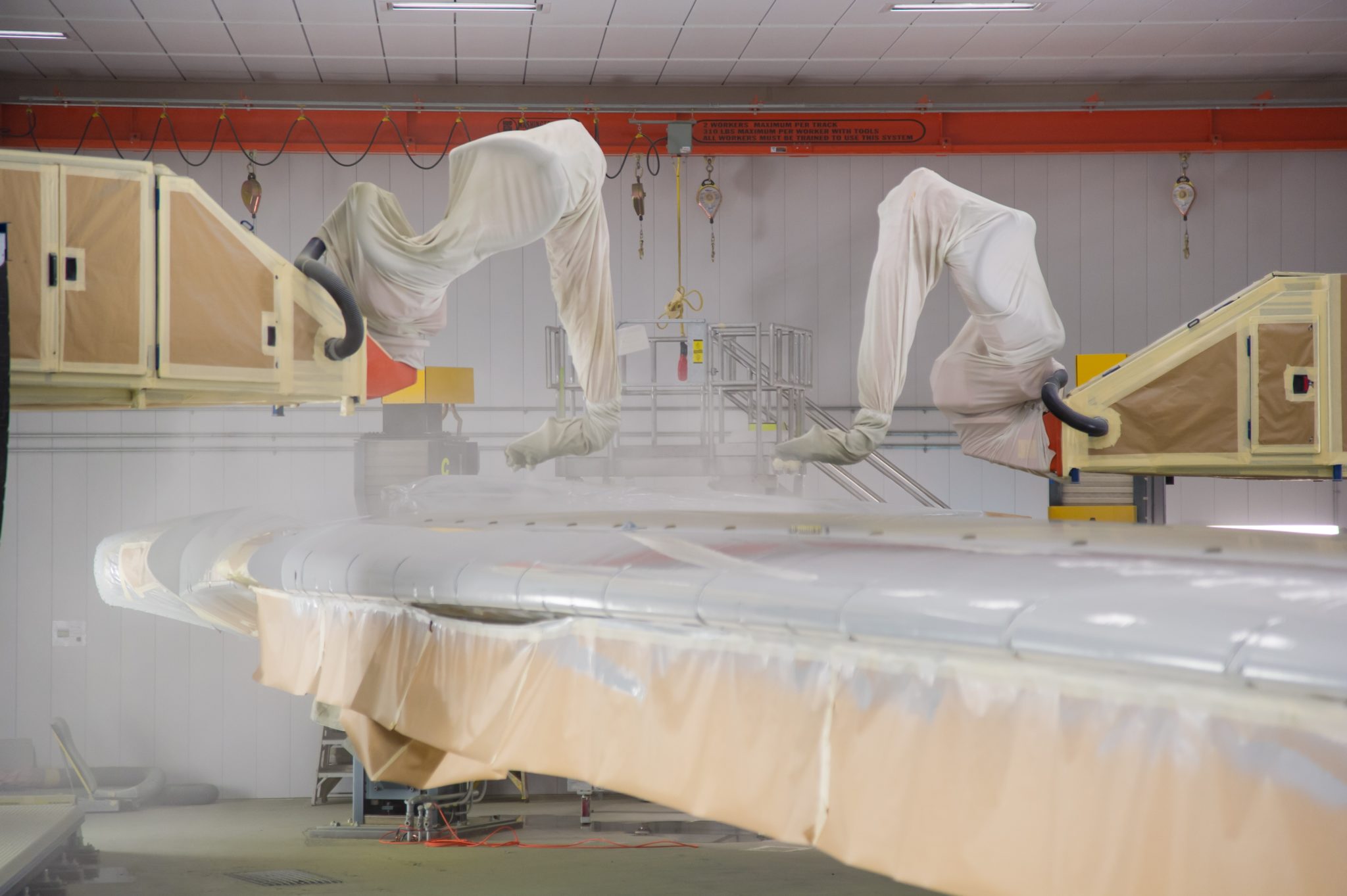 The paint shop is big enough to accommodate 777X wings, including the folding wing tips. This, of course, implies the 777X will be assembled in Everett. It’s unclear where the wings will be built.

The robotic painting is part of the 777 Lean manufacturing begun in 2005, which in the entire process has enabled Boeing to boost 777 production to 8.3 a month within the same assembly line space.

While this is the highest twin-aisle rate Boeing has produced to-date, Airbus has been assembling A330s at rate 10/mo for some time and is considering going to rate 11. Boeing, of course, will be at rate 10 for the 787 by year end. Airbus long ago announced plans to go to rate 10 for the A350 four years after EIS, but John Leahy is already pushing for a second assembly line to accommodate A350-1000 demand.

← Running on all cylinders and picking up speed at Boeing
Wide-body airplanes get plenty of attention at IATA; Leahy comments on 777X, A350 and A380 →