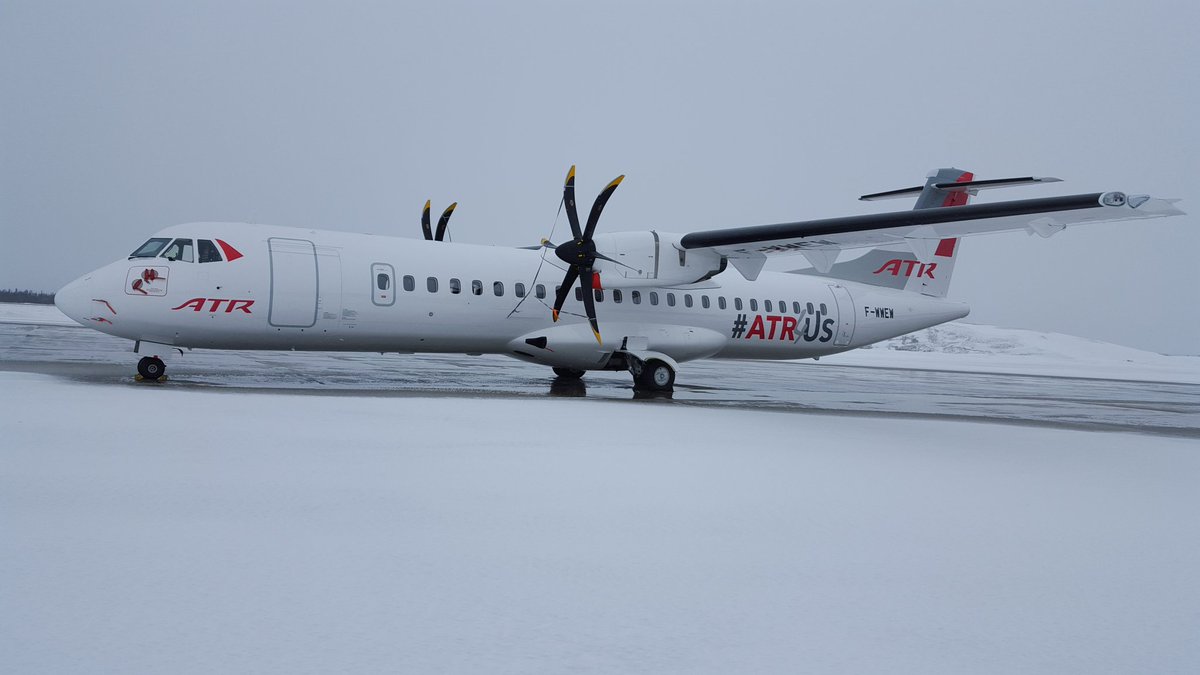 ATR is making a push to sell its turbo-props in the US, which is the last exclusive domain of the Bombardier Q400. Note the new forward door on this ATR-72. The absence of this door, which the Q400 has, was a strike against the ATR in the US. The door now enables jetway boarding. Photo via Twitter.

May 3, 2016, © Leeham Co.: ATR, the maker of the ATR turbo-prop, is beginning a tour of its aircraft in the US, the last uncontested domain for the rival Bombardier Q400.

ATR won orders for its ATR-42/72 in the US decades ago, but largely ceded the market to Bombardier.  ATR-42s fly for FedEx, the express package carrier, but no

ATR-42 operated for FedEx. No passenger ATRs are operated in the USA. Photo via Google images.

passenger ATRs are in service in the USA.

As the tour gets underway, Finmeccania, a 50% owner of ATR with Airbus owning the other half, wants to assume the latter’s holdings if Airbus doesn’t change its mind over its refusal to green light development of a next generation turbo-prop.

Airbus has for several years refused to grant approval because ATR had between 80% and 90% of the backlog at any given time. Bombardier had the remaining market share backlog. Now that oil prices are low, Airbus doesn’t believe a business case can me made to justify a new development. 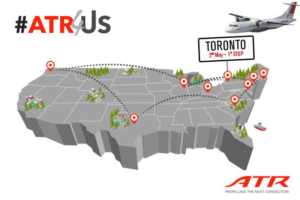 Reuters reported last week that Finmeccanica “is discussing with France’s Airbus the possibility of taking full control of regional planemaker ATR, Chief Executive Mauro Moretti said on Thursday. “Our partners do not want to develop, so either we convince them to invest or we convince them to strike a deal that will give us control,” Moretti said, speaking at the annual shareholders meeting in Rome,” Reuters reported.

American Eagle, a unit of American Airlines, was a major operator of the ATR-72. One of its airplanes crashed en route to Chicago in 1994. The probable cause was due to icing. The accident revealed a previously unknown tendency to ice in certain conditions. The problem was later resolved, but the ATR disappeared from US routes over the next several years.

Bombardier’s Dash 8 and Q-Series airplanes, designed differently, became the staple of turbo-prop operations in Canada and the US. But elsewhere, ATR, whose airplanes cost less to acquire and were cheaper to operate against the high-speed design of the Q400, became dominate in the rest of the world. In an interview with LNC in March 2015, ATR’s CEO expressed an interest to refocus on the US market.

That time has come.

ATR says that more than “30% of the routes operated by regional jets in the US are below 300 miles, a range where the operating costs and fuel-efficiency of the newest generation ATR -600s are unrivaled.”