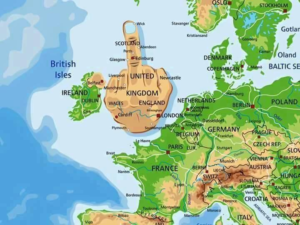 ECAA seems the most likely route for the UK

We make the following points with respect to the UK’s impending exit from EU OpenSkies:

Given the aforementioned points, we consider it likely that the UK will join the ECAA or agree a different, but liberalised, air service agreement with the EU. However, we acknowledge a high level of uncertainty over the potential for the EU to take a more restrictive approach to air service levels with UK airlines, and contemplate scenarios as follows:

In summary, the starkest scenario of an end to intra-EU services for UK airlines suggests most risk to easyJet and is likely to weigh most on its multiple. Ryanair’s regulatory risk is also high given its reliance on UK-EU operations. However, IAG is least at risk from future UK-EU air service agreement negotiations.

The surprise vote by the UK to leave the European Union in the long-term should have minimal impact on the global Aerospace and Defense sector. Near term, there is risk around just how the UK will start to unwind it relationship with the European Union, and what will the impact be on financial markets, currencies, trade arrangements and the global economy. We do not expect the vote to push the US or other major economies into a recession, but we will be very focused on the impact on passenger travel, which has been one of the key pillars of strength for the commercial aerospace cycle.

For the commercial aerospace cycle, remember that the UK and Europe represent relatively smaller markets in terms of aircraft orders and deliveries, especially as the growth has been concentrated largely in emerging markets. For example, in 2000, Europe (including the UK) accounted for 20% of the commercial backlog and 36% of the annual deliveries, while during 2015 represented 22% of the backlog but only 18% of deliveries. Europe accounts for about 26% of total air traffic, with the UK accounting for less than 5%.

We had numerous questions about the financial impact on the airlines with the UK decision to exit the EU. While nothing happens this week, American Airlines has the largest direct exposure to the UK with 6% of their trailing 12 month capacity as of June in the market (according to Diio Mi), while United is at 5% and Delta is ~3%. Air Canada also has exposure to the UK with ~9% of their capacity in the market. The exposures are amplified when taking alliances into account. It will take time for this to play out, but we suspect the UK will need to renegotiate bilateral agreements with the EU. We expect airlines to reduce capacity to the UK as UK outbound traffic is likely to decline by as much as 5%, according to IATA.

While not an aerospace analyst, IATA—the International Air Transport Assn.—published a six page report about its assessment of the impact of Brexit on the UK. The report may be accessed here.