22 July 2016, ©. Leeham Co: Last week at the Farnborough Air Show I had the chance to try three flight simulators: The MC-21 airliner simulator, the SAAB Gripen fighter simulator and a special simulator for testing some new 3D synthetic vision ideas for a future avionics system. I’ve now tried some dozen different aircraft simulators of different generations, not counting the PC-based ones.

The simulators were different types. Some were fixed with displays that wrapped around and covered the peripheral vision like the Irkut MC-21 and SAAB Gripen ones. Others were full motion with complete surround vision display like the Airbus A350 simulator that I trained in ahead of flying A350 MSN002 last April, Figure 1. A third type were closed full motion simulators that lacked a vision system. 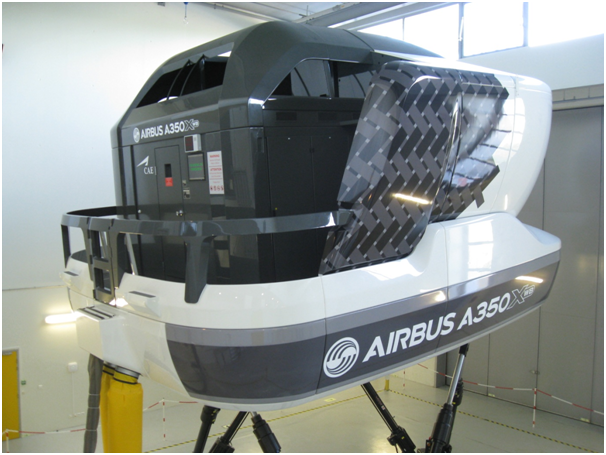 Compared with the very advanced Airbus simulator, I was surprised how realistic it felt with the simpler fixed simulators I tried last week. It made me wonder why.

What human senses are important

The many different types of aircraft simulators all try to fool one’s senses that one is actually flying. The first I flew was to train flying in bad weather; you trained flying only on the instruments. They were not as crude as the classical Link simulator, Figure 2, but not far from it. 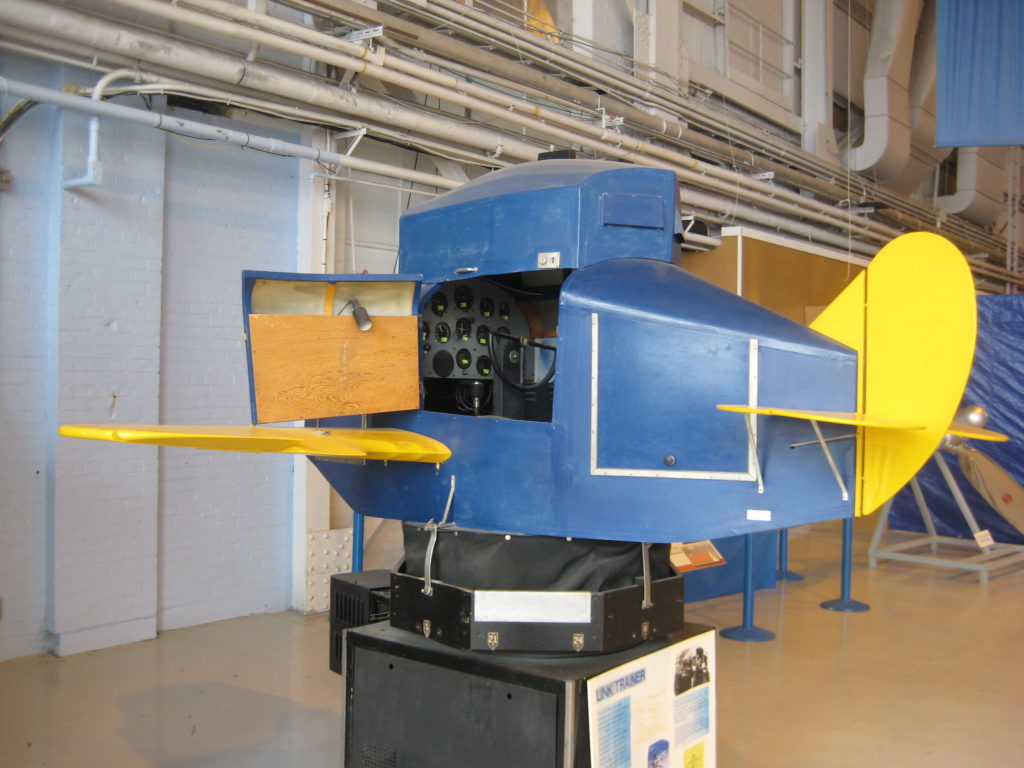 The key attributes were that one was closed off from the surroundings in a moving aircraft cockpit, flying on the classical instrument T, Figure 3. The simulators movements should model the G-forces that the manoeuvres generated, thereby giving one the feeling of flying. 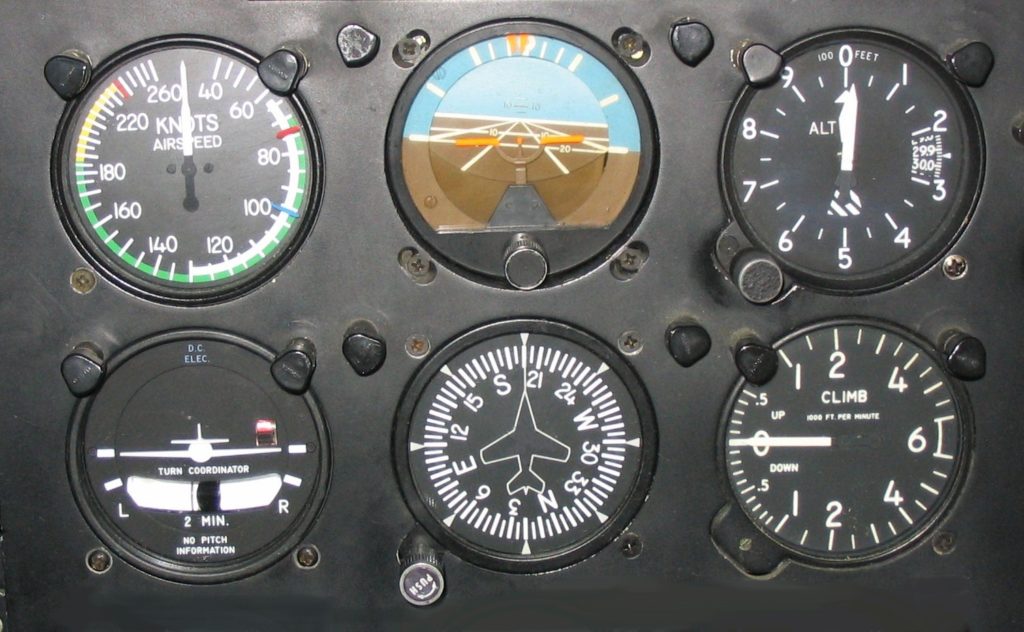 They were not very convincing despite being very expensive. I remember the SAAB Draken ones we had in the Swedish Air Force. They were large installations, used for instrument flying training (bad weather take-off and landing procedures) and also for aircraft intercept training, Figure 4. These were big installations, often a separate part of a building with the simulator cockpit in a big hall and a control room outside. 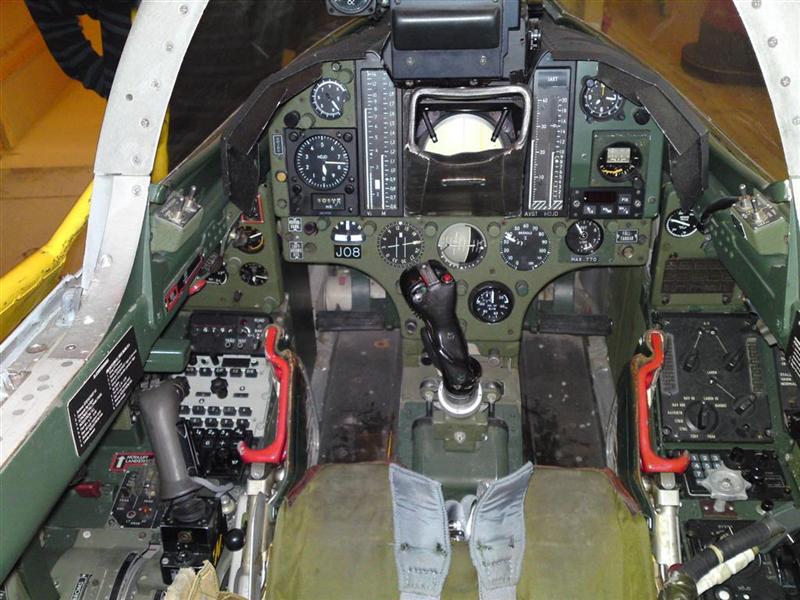 Yet despite all the investment, the feeling when using the simulator was not of high realism. One trained the mechanics of the flying and the use of the systems but there was no doubt that one was in a simulator.  These early simulators lacked an external vision simulation. They had motion and sound, but the lack of a synthetic external environment visible through the canopy made them artificial to ones senses.

The power of vision

When I flew the fixed simulators last week with good surround visions systems, Figure 5, the feeling of realism was much better. Despite these being non moving simulators, the display of a realistic surrounding out the cockpit windows (canopy for the Gripen) more than compensated for sitting still. 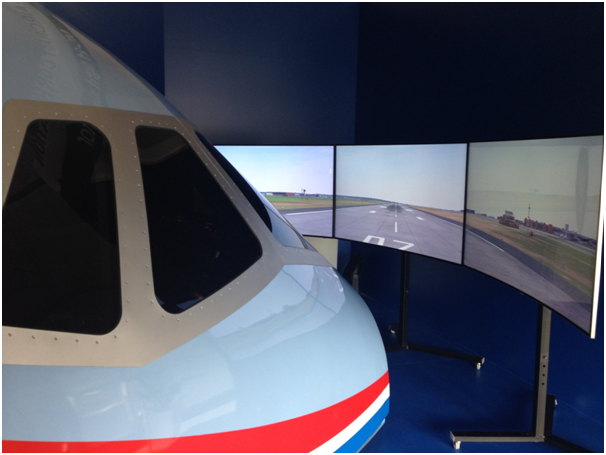 When I flew the MC-21 aggressively to make the final after a too tight a circuit or considered a half roll to get in after an enemy passing underneath in the Gripen, the immersive feeling of the situation and the manoeuvre being real was there. It shows that the most important sensor to feed (and fool) is the human vision. Adding a good sound also helps. Feed these with good trustworthy information and it will overpower the part of the body that says, “I’m not moving; we are sitting still.”

Bang for the buck

Full motion simulators with realistic surround vision like the A350 in Figure 1 will of course be the best solution. But the cost of these is an order of magnitude different to the Embraer KC-390 or MC-21 simulators that I flew, both being fixed with surround vision. And these felt realistic enough to be good for a lot of training cases.

When home PC simulators are equipped with three big screens like in Figure 5, fed with good synthetic landscape simulation, the home PC simulator will come close to the real thing for almost no investment at all.  Like Desktop publishing took over the dedicated publishing systems, the desktop airline simulator can replace expensive dedicated simulators for a number of roles. It will only require three good screens coupled to a high end PC and a good simulation of the cockpit interior.

The realistic PC-based flight simulation software is already there. Read my preparations for the A350 flight; the quality of certain PC simulator software is amazing. Now we just need the screen display to cover three screens, configured like in Figure 5, and we are close to the real thing.