14 September 2016, ©. Leeham Co: During 2014, we wrote several articles on what could be a good replacement for the Boeing 757-200Ws operated on trans-Atlantic missions. One of the aircraft we looked at was Boeing’s 737 MAX line.

We found that the most promising variant was the 737 MAX 8. It has a standard range without extra tanks of 3,600nm. Its practical maximum network range would be critically dependent on the cabin configuration. The best configuration would be with a light cabin such as that an LCC would use for transatlantic service—that is, not including heavy, lie-flat seats, but rather seats that might be configured with extra legroom and perhaps greater reclining ability. At the time, we looked at Norwegian Air Shuttle (NAS) as an example. 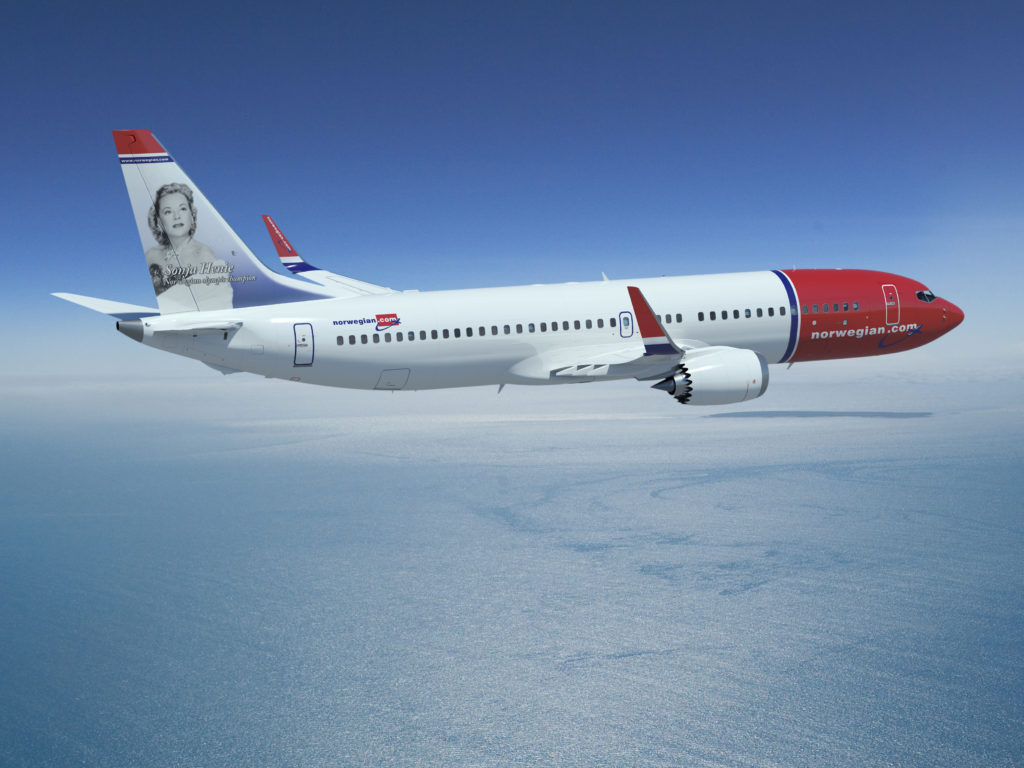 Flight International now reports in their 13-19 September print magazine that Norwegian might be the first taker of the 737 MAX and that the missions would be trans-Atlantic.

The MAX 8 program is running ahead of schedule. Planned Entry Into Service (EIS) was summer 2017 with Southwest Airlines. Southwest still plans to take delivery of their first 737 MAX 8 at that time with operational service starting in September.

But Boeing is ready to deliver 737 MAX 8s as early as March 2017. The customer for these aircraft would be Norwegian and the planned use should be flights between Europe and US East coast. This means the first mission for the “short haul” 737 MAX should be to cross the Atlantic.

Norwegian announced when they ordered the 108 737 MAX 8 that they foresaw that some of them could be used to open up trans-Atlantic service on thin routes. Now the company’s Chief Commercial Officer, Thomas Rahmdal, told Flight International that it plans to use all six 737 MAX 8s that it will receive in 2017 to fly across the Atlantic. Destinations will be New York and Boston from bases in Ireland and the UK, with service to start in June.

In our analysis of the 737 MAX 8 as an LCC long-haul aircraft, we found that 3,400nm still air range was the practical maximum with a cabin of 168 seats divided as 18 Premium economy and 150 Economy.

Dublin-Boston is 2,600nm and Dublin-New York 2,800nm, so Ireland-to-New England works. London Gatwick to the New York area is 3,100nm. Now it starts to be tight during some winter months with stronger westerly winds. Flight times go from seven hours to eight hours or more. Manchester to the New York area is less than 3,000nm and therefore fully realistic in winter.

In our article, we compared the operational economics of a Norwegian 737 MAX 8 to its Boeing 787-8 long haul aircraft. We configured both with Norwegian’s long haul cabin with 11% Premium economy seats at 46-inch pitch and 89% Economy at 31-inch pitch. The MAX 8 then carries 168 passengers and the 787-8, 291.

We flew both on typical London to New England/New York trips and found that the operational per seat costs of the 737 MAX was not higher than for the Dreamliner. When capital costs are considered, the costs of the MAX 8 were better still. That the aircraft trip costs would be lower was self-evident, but that the seat mile cash and direct operating costs were lower was an eye opener.

The 737 MAX 8 has clear limitations when operated on trans-Atlantic routes. Its practical still air range is around 3,400nm. We found that there was not much point in installing extra cargo bay fuel tanks like for the Airbus A321LR.

The 82 tonnes Maximum Take-Off Weight is reached before we can fill this tank when we have good load factors, so the extra tank is only useful when we want to fly further than eight hours and are prepared to block off seats. But at routes of up to eight hours, the standard MAX 8 will be an interesting aircraft.

73 Comments on “The MAX’s first mission: Cross the Atlantic”