Etihad group has now released the results, with a group loss of $1.9bn on revenues of $8.4bn. This is a shortfall of almost a quarter of the turnover, a dramatic change from a profit of $259m the year before. 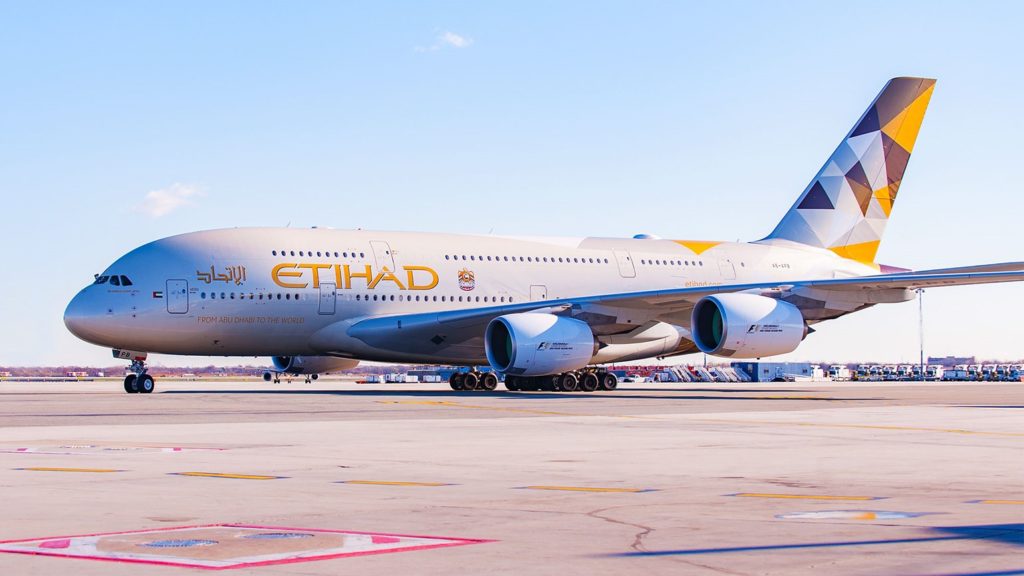 Etihad group says the trouble areas during 2016 were the valuation of its fleet and its investments in partner airlines. We wrote about the latter in the May article. Let’s look closer at the main 2016 problem according to Etihad, the fleet values.

Here are Etihad’s words in its results release from 27th of July:

“Total impairments of US$ 1.9 billion included a US$ 1.06 billion charge on aircraft, reflecting lower market values and the early phase out of certain aircraft types. There was also a US$808 million charge on certain assets and financial exposures to equity partners, mainly related to Alitalia and airberlin.” 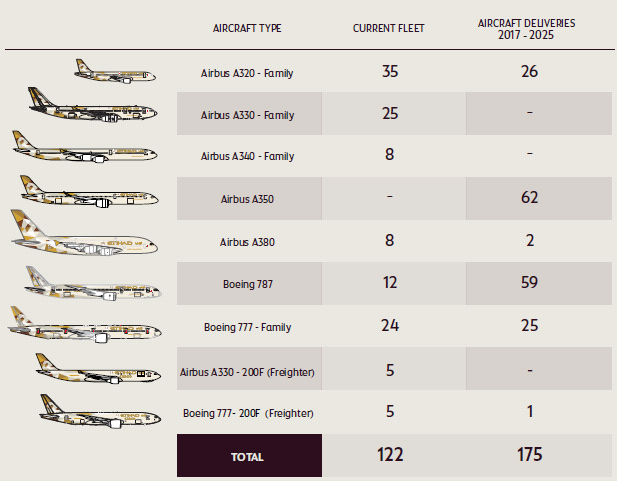 If one looks at fleet developments in the ATDB database, Figure 2, one can see (click on the bars in our active diagram to see pop-ups with the details): 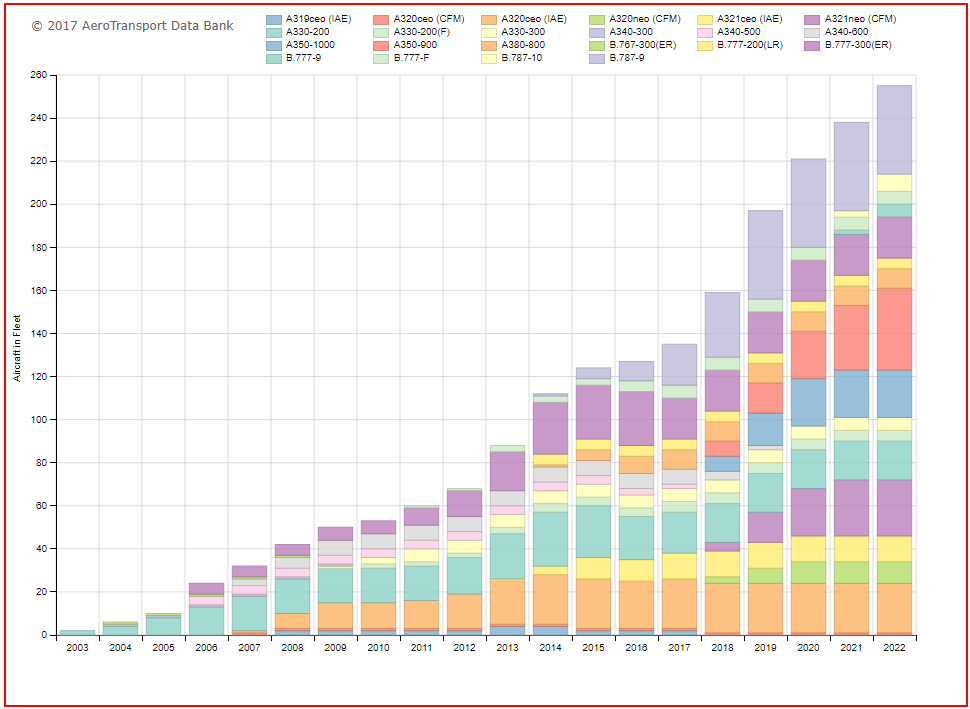 So, the talk about more aircraft leaving the fleet is strange. It’s more the previous management masking years of bad results by gradually not depreciating the fleet to market values.

This is a classical tactic if the business is not running as expected and one doesn’t want to show the problems, especially when one is owned by a government and there is no public auditing.

The old management is now gone, so it’s time to “clear the decks” from whatever was done previously. The problems were not restricted to ailing partner airlines. There were homemade problems as well, buried in fleet values.

The core airline business should still be running OK, according Etihad. The diagrams in Figure 3 speak of a business that still grows in passengers flown, but all diagrams are tapering off or trending down (2017 data shall be ignored, work in progress): 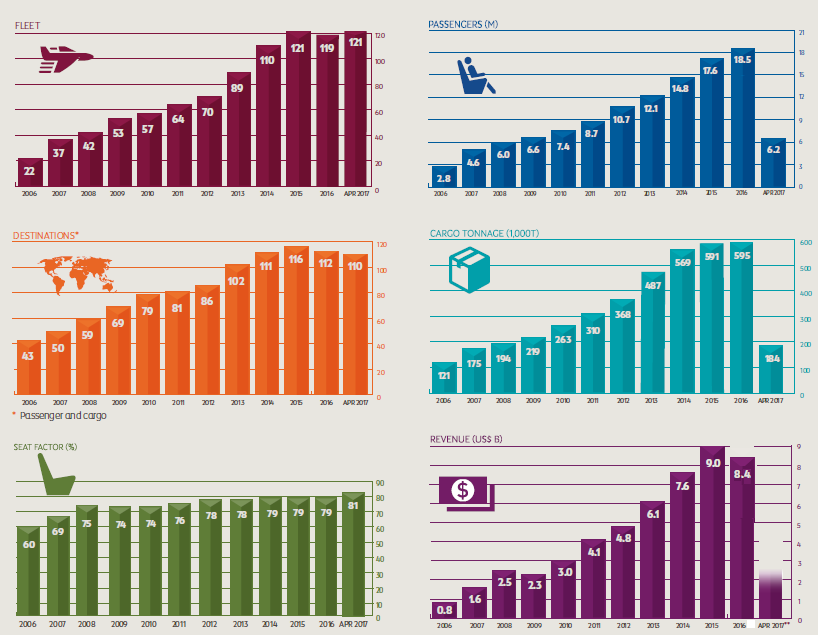 “Operationally, we performed well in 2016. We maintained load factor levels even as we increased capacity. Yields were under pressure in all cabins, with Business Class impacted particularly as corporate travel policies continued to encourage flyers to downgrade to Economy.”

The yield declined 8% last year. Etihad is cutting costs to cope, -11% last year, through personnel reductions and other measures.

Etihad speaks of a tough market climate in its 2016 report. IATA reports that “three quarters of word-wide airlines” saw increased revenue and profits during 2016 and first half 2017.

The Gulf three have met tougher times, as other low-cost airlines compete on their routes and travel patterns change. For Etihad, the largest problem is the failure of its partnership strategy.

Alitalia, its largest airlines partner, is in bankruptcy and no one wants to buy the remains. What happens with Alitalia will eventually affect Etihad. The partner pains are not over.

12 Comments on “Etihad clears the decks”