Knowing their origin will help us understand why aircraft are made like they are.

Interference drag is created when two surfaces, like the wing and fuselage or wing and engine nacelle/pylon, are meeting without adequate measures to avoid them interfering with each other’s airflow.

The airflow speeding up to supersonic speed as it passed over a wing was described in the last Corner. If this wing with a transonic flow over-the-top would be merged with the fuselage, without a faring creating a bridging area, the wing’s and the fuselage’s airflows would create an even faster flow at the merger area.

This creates a faster supersonic flow, followed by a stronger normal shock, causing boundary layer separation. Merging two flows without a clever transition area to keep the two flows from merging in a non-desired way and by it causing unstable flow, creates interference drag.

To avoid such merged flow fields, nacelles (which has a higher flow speed at the top) are kept at a distance from the wing’s surfaces. Wings are merged with the fuselage through a cleverly formed wing-root fairing (keeping local flow speeds down) and vertical and horizontal tails merging on top of a T-tail are merged through a bullet-shaped fairing, Figure 2. The bullet fairing separates the two flows from each other. 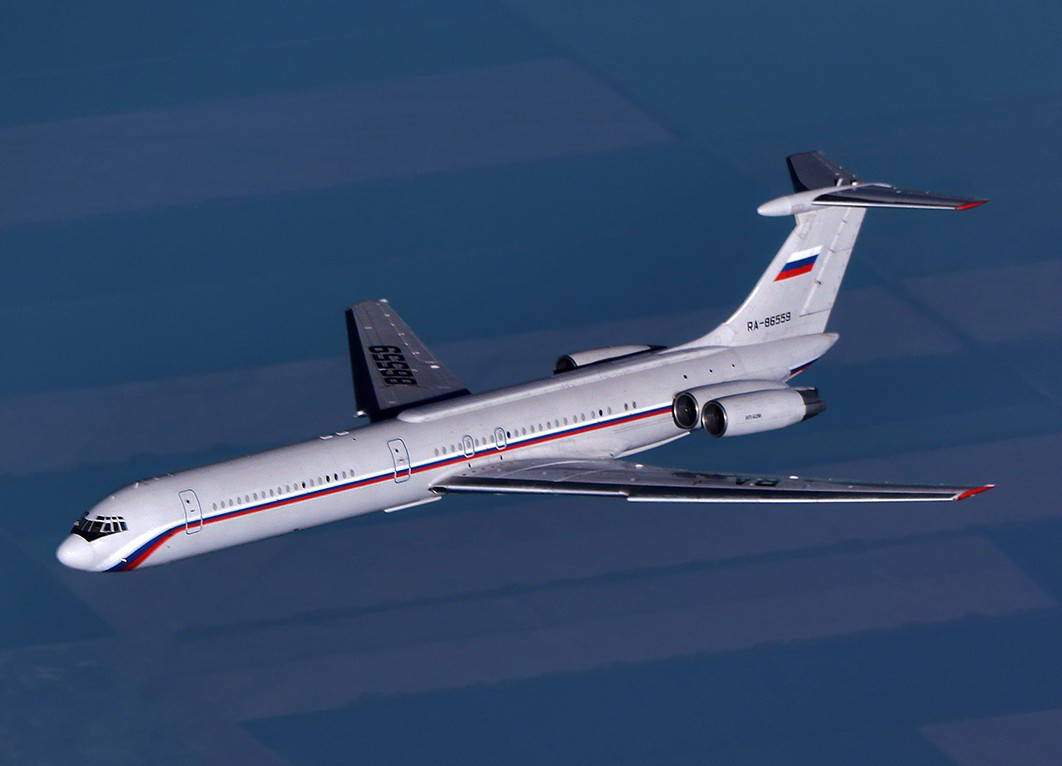 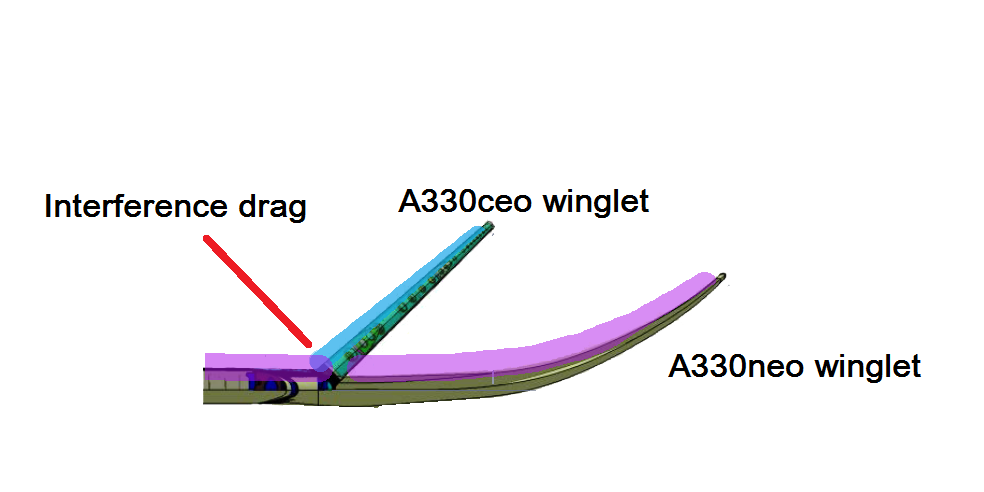 The winglet is no longer joined at a sharp angle to the wing. The wing’s high-speed flow field (violet) is smoothly continuing into the A330neo winglet. On the A330ceo, the sharp angled winglets cause interference drag at the junction of the flows (merger of violet and blue flow fields).

When summing-up the drag for an aircraft, there is a term often called miscellaneous drag. This is the drag associated with the air-conditioning systems inlets and outlets and the many necessary protuberances that exist on an airliner to mount air probes or antennas for navigation or communication.

The protuberances of the skin are sometimes collected in an own drag item called excrescence drag, which includes the unevenness of the skin at the heads of rivets/fasteners and joins of skin panels. Sometimes the gaps between the aircraft and the movables (flaps, ailerons, rudders) are included in the excrescence drag, sometimes these drag items have their own term in a list of an aircraft’s drag items.

In the next Corner, we’ll give some practical examples of the size of these drag types during a typical airliner mission.