32 Boeing 787s are AOG due to Rolls-Royce Trent issues; number will climb

The US Federal Aviation Administration and Europe’s EASA this month issued Airworthiness Directives that limit ETOPS to 140 or even 60 minutes from the 330 minutes certified originally. 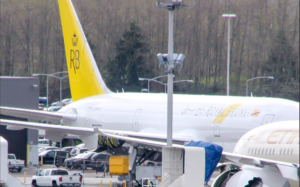 Following the AD and inspections, the number of grounded aircraft rose from 15-20.

Rolls-Royce hopes that a software change will prevent the maximum continuous operating power of the engines from hitting a resonance level that leads to cracks in the compressor blades that led to either groundings or severely restricting ETOPS operations.

“There is a certain point of operations that by changing the software to limit the resonating frequency, it may avoid this [cracking],” a person with knowledge of the situation told LNC.

“Rolls may adjust the maximum operations” via a software limitation to enable airplanes to get back into the air or restore ETOPS. No timeline has been established for this possibility.

Getting AOG back in the air

Rolls-Royce doesn’t have an inventory of spare engines to send to the affected airlines to return the grounded 787s to flight. Air New Zealand and LatAm are the two most affected. British Airways, Virgin Atlantic, Norwegian, LOT and Ethiopian are others with Aircraft on Ground (AOG).

The engine maker is trying to accelerate repairs through MRO shops, but these are backing up with work on the Trent 1000s and, with it, work on the Trent 700s powering Airbus A330s. Capacity at the usual MROs is being overwhelmed.

Rolls is undertaking what it calls “surgical strikes” to replace key parts, but this will take time.

All the affected engines won’t be completely made over until 2022, but the interim actions, such as the surgical strikes and software proposal, are geared toward restoring the fleet to unrestricted service.

110 Comments on “32 Boeing 787s are AOG due to Rolls-Royce Trent issues; number will climb”