May 25, 2018, ©. Leeham News: In the last Corner we discussed the autopilots one finds in Airliners and high-end Business jets. We looked at how the autopilot was part of the larger Automatic Flight Control System (AFCS) in Bombardier’s CSeries.

To understand how such an advanced system works, we need to go through the different parts of the system and understand their role when the aircraft is flown by the autopilot. We will start with the Flight Management System (FMS) this week. 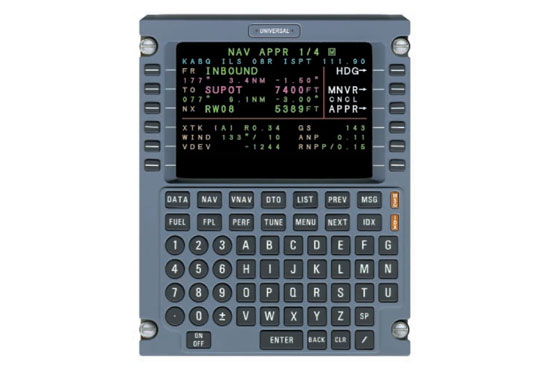 The boss of the Automatic Flight Control System, the FMS

The Pilot is, of course, the commander of the airplane, but the FMS is his right hand, easing many tasks for the Pilot. Before the development of the FMS, the cockpit needed three people. The two Pilots and a Navigator who made sure the aircraft navigated according to the flight plan which had been filed with the air traffic control authorities.

The FMS does the work of the Navigator and a bit more. It’s a computer with stored databases for the World’s air traffic control navigational aids, the flight procedures around the airports and for the aircraft’s performance.

The FMS can control the aircraft’s Navigation aids like VOR, DME, GPS and works with the aircraft’s Inertial Reference System (the IRS) to direct the aircraft to follow the flight plan both laterally (LNAV) and vertically (VNAV).

The GPS based Navigation unit we described for entry-level business aircraft can direct a Flight Director and Autopilot to follow a lateral flight path (LNAV), but it can’t handle the vertical demands for climb, cruise and descent to the destination.

To make the aircraft follow the Vertical Flightpath in an optimal way, the FMS calculates the best flight profile for the aircraft. If our flight is the typical three hours flight or longer, the aircraft shall gradually fly at higher altitudes as it burns off fuel and gets lighter.

The FMS interacts with the Pilot, telling him what it needs to know and what it has calculated as LNAV and VNAV paths to follow the flight plan. The type in Figure 1 is the classical FMS, with an old style format for display and input. It’s a bit quirky, with a one-line input at the bottom which then gets treated according to the labels on the buttons on the FMS sides. 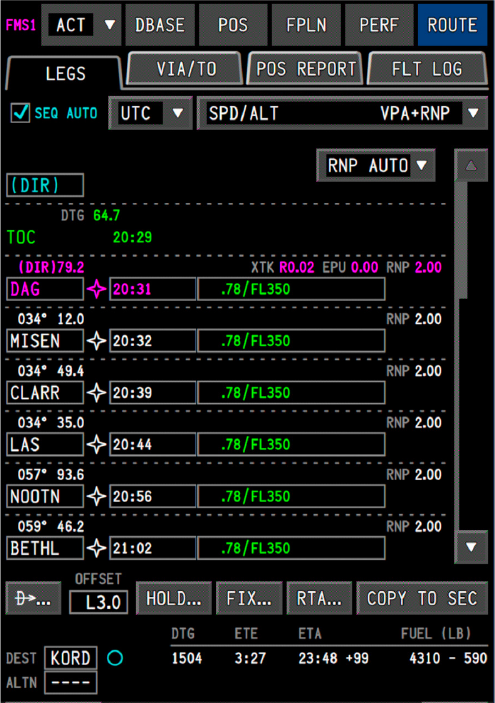 Figure 2. The tabbed format for the FMS interaction on the CSeries. Source: Bombardier.

Modern FMS have tabbed full page interfaces on the big displays in the cockpit (Figure 2) and also displays its calculated vertical path, Figure 3.

Figure 3. The VNAV path of an aircraft under the control of an FMS. Source: Bombardier.

The aircraft climbs after takeoff to the first cruise altitude, which over 10,000 feet is called Flight Level (FL300 in this case. Flight Level is denoted with FL followed by the altitude in feet with the last two zeros deleted).

Then the FMS calculates when it’s time the aircraft starts its descent at C. The flight plan now contains a descent restriction before DES, the final Descent point, is reached. We, therefore, have a short period of level flight in the descent profile.

The example shows the FMS is clever enough to calculate and command the aircraft along the optimal vertical path, including taking different constraints like maximum climb altitudes or minimum descent altitudes into consideration.

All this is entered into the FMS before the flight. The FMS also calculates the fuel consumption and continuously compares the calculated fuel burn for the mission with the actual fuel burn which gets reported to it by the fuel metering system. If there is a difference the FMS highlights this to the Pilots.

Modern FMS also do the weight calculations before take-off and calculates the Take-Off. Climb, Cruise, Descent and Landing speeds. It can take a derate in the performance called a Cost Index into account when doing these calculations (to save fuel by flying a bit slower), as well as Engine thrust derate (to save the engines when taking off below maximum aircraft weights).

For those interested in a closer description of programming and using an FMS, go here.

In the next Corner, we will dig deeper into the Flight Director and Autopilot functions for a modern airliner.