August 23, 2019, ©. Leeham News: In our series about classical flight controls (“fly by steel wire”) and Fly-By-Wire (FBW or “fly by electrical wire”) we now look at practical implementations after discussing the authority of the flight control system last week.

As before we compare the classical 737 system to the A320 FBW system.

Figure 1. The two mechanical control pitch systems of the 737 are visible in the upper left. Each side has a complete system shown at the lower part of the figure (except for the trim which has dual wire sets but one actuator motor/drum). Source: Boeing.

For our analysis of the differences between a classical control system and a FBW variant, we focus on the pitch control channel. It’s the most critical channel when it comes to aircraft control and each implementation must offer redundancy for this important function. We will focus a bit less on how the normal tasks of pitch control are done in this Corner (we discuss this in subsequent Corners), rather how the designers have handled what can go wrong.

For a mechanical system controlling hydraulic valves which in turn pressures actuators moving the surfaces, the highest risk for malfunction is mechanics which can jam (wires/links going bust from wear is not likely with the maintenance of modern jets) and hydraulic leaks.

The 737 mechanical pitch system is, therefore, divided into two complete systems; a left and a right system, Figure 1. These are linked below the feet of the pilots by a torque tube with a break-out clutch.

Should, for instance, the Captain’s (left) system jam, the Co-pilot can pull hard on his yoke until the clutch disengages his right system from the Captain’s side. He can now fly and land the 737 with his control of the right elevator (with some precautions re. configurations and speeds), the other jammed system staying in its jammed position.

Should the hydraulics leak in one of the three circuits, the other two will still function and give control of the aircraft. In the end, if all hydraulics fail, the Pilot can land the aircraft via only the mechanical links to the elevator and horizontal stabilator trim system (again with precautions and limitations).

As described last week the feedback type FBW of the A320 has full authority for the pitch channel. Hence we must have a fault-proof redundancy concept, both for the control system and the infrastructure serving it. Figure 2 shows the redundant concept of the A320 FBW pitch channel. 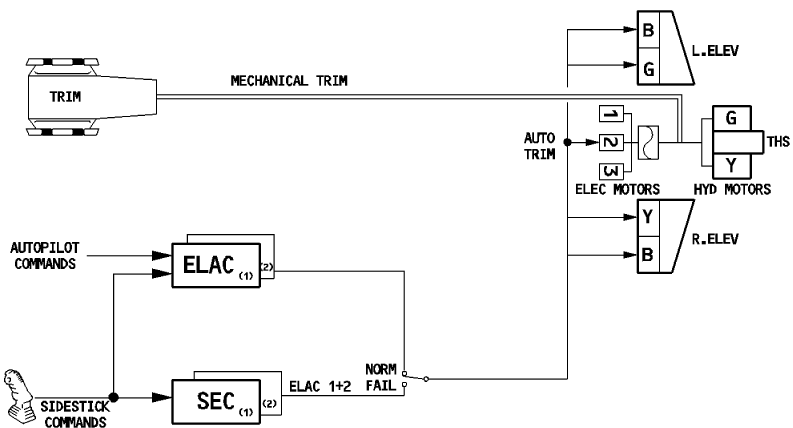 Figure 2. The FBW pitch control system of the A320 Source: Airbus.

In total, the pitch channel has four channels with separate computers which forms the redundancy concept. We can also see the actuators for the elevators which are driven by the three hydraulic systems, Blue (B),  Green (G) and Yellow (Y).

The trim system is taking commands from the ELACs to execute Autotrim for the aircraft. You don’t trim a FBW Airbus, it’s done by the FBW. The trim system is also redundant with three electrical motors controlling the valves of the Trimmable Horizontal Stabilator’s (THS) dual actuators, each feed by a different hydraulic system.

In normal operation, ELAC2 is in control driving the elevators over the Green and Yellow jacks and the stab trim over Motor 1.

If ELAC2 or the channels hydraulics has a problem, ELAC1 takes control via its Blue jacks and the trim via Motor 2.

If both ELACs are faulty, SEC1 or 2 takes control of the elevators and trim via Motors 2 or 3. The exact way its done it a logical maze so we don’t dig into it, suffice to say it works and give additional redundancy.

Should the FBW computers need a reboot, the Pilot can control pitch via the Mechanical pitch trim link to the control valves of the stabilator jacks during the recovery of the FBW system.

In summary, the multiple redundancies guarantee there is no loss of pitch authority in the lifetime of the aircraft.

In next Corner, we look at the flight laws for these controls and how to fix issues like uneven pitch moment curves at different parts of the flight envelope (which MCAS does).