US to tax fuselage, wings, tail imported for Airbus’ Mobile A320 assembly line

Dec. 31, 2020, © Leeham News: Airbus’ A320 Mobile (AL) plant is no longer exempt from tariffs applied by the US Trade Representative in the 16-year long trade war with the European Union. 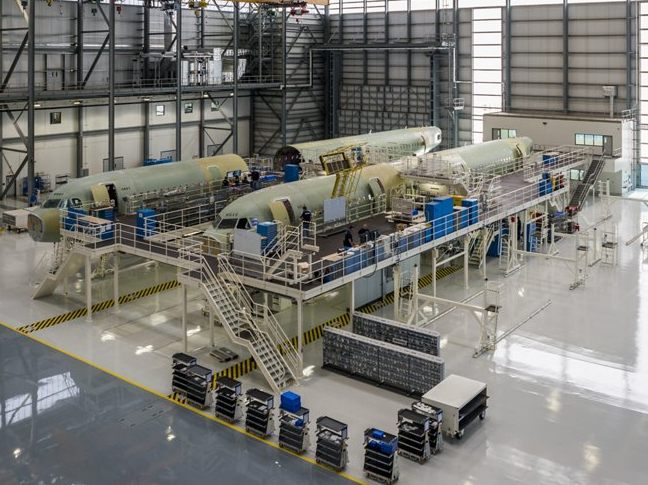 The fuselage, wings and tail components for the Airbus A320/321 final assembly in Mobile (AL) will be taxed by the US, effective Jan. 12. These have been exempt up to now. Photo source: Airbus.

Effective Jan. 12, the US will slap a 15% tax on fuselage, wing and tail components shipped from France and Germany to Mobile for final assembly on A320s and A321s.

This is a setback in what appeared to be progress in resolving at long last the trade war over subsidies to Airbus deemed illegal by the World Trade Organization.

The US also will apply tariffs on helicopter parts imported from France and Germany for Airbus assembly sites in Mississippi and other US locations.

“The USTR’s expansion of tariffs to include components for aircraft manufactured in the U.S. – by American workers – is counterproductive in every way. We regret that USTR has decided to escalate this dispute by taking a step that hurts US manufacturing, US workers, and US consumers. This will not contribute to a climate of trust to create a negotiated solution. Airbus trusts that Europe will respond appropriately to defend its interests and the interests of all European companies and sectors, including Airbus, targeted by these unwarranted and counterproductive tariffs.”

US airlines, including Delta, Spirit, JetBlue, Frontier and American, have been taking delivery of Mobile-assembled A320s and A321s that up to now have been exempt from tariffs. Similar airplanes received from France and Germany were subject to tariffs.

Delta, using a loophole, avoided tariffs by first operating the European-made airplanes through third countries, according to a press report.

The USTR also extended tariffs to more European goods at a rate of 25%.

The EU has the authority to levy tariffs on Boeing airplanes and goods imported from the US. The EU previously levied a 15% tariff on airplanes. No announcement has been made about retaliation to the USTR’s action, which was revealed this week.

← Podcast: 10 Minutes About Future Workforce Requirements
Outlook 2021: Despite vaccines, COVID-19 will continue to dominate aviation in the coming year →

172 Comments on “US to tax fuselage, wings, tail imported for Airbus’ Mobile A320 assembly line”