For next new airplane, Pratt appears to trail CFM for next new engine

Feb. 21, 2022, © Leeham News: As Boeing ponders whether to launch a new airplane program and industry consensus seems to be that this must happen in 2023 or 2024, Pratt & Whitney seems to face a dilemma. 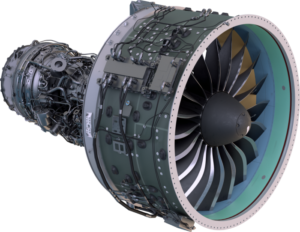 Convinced that the Geared Turbo Fan technology is the path to future engines, nevertheless, public statements indicate that by 2035, the GTF in the conventional form will fall short of the Open Fan being developed jointly by GE Aviation and Safran. GE and Safran are 50-50 partners in CFM International, which will sell the engine.

Rick Deurloo, the chief commercial officer for PW, told LNA last October that by 2031 (at the time, 10 years in the future), the GTF will have a 10% improvement in fuel burn and emissions compared with today’s GTF. PW will have a 1% improvement by 2024.

GE’s Travis Harper, who is the program manager for the Open Fan “RISE” engine under development, told LNA earlier this month that the RISE will reduce fuel consumption and emissions by 20% and be ready for entry into service by 2035.

If the goals outlined by Deurloo and Harper are taken at face value and achieved, this means the GTF will be up to 10% short of CFM’s engine ready for EIS four years later.

This was the question LNA put to other representatives of GE and PW at the Pacific Northwest Aerospace Alliance conference Feb. 10.