January 20, 2023, ©. Leeham News: Having introduced Sustainable Aviation Fuel, SAF, as essential for reducing Green House Gases (GHG) until 2050, we now look at how SAF is produced, what pathways from feedstock to SAF are the main ones, and what are the short and long-term potentials of the different pathways.

I was helped to grasp the area by Neste’s EVP of Renewable Aviation fuel, Thorsten Lange, who, after we met when he presented at the Airbus Summit in November (Neste is a leading SAF producer), took the time to explain the subject to me last week. He also recommended a report we use to understand SAF. 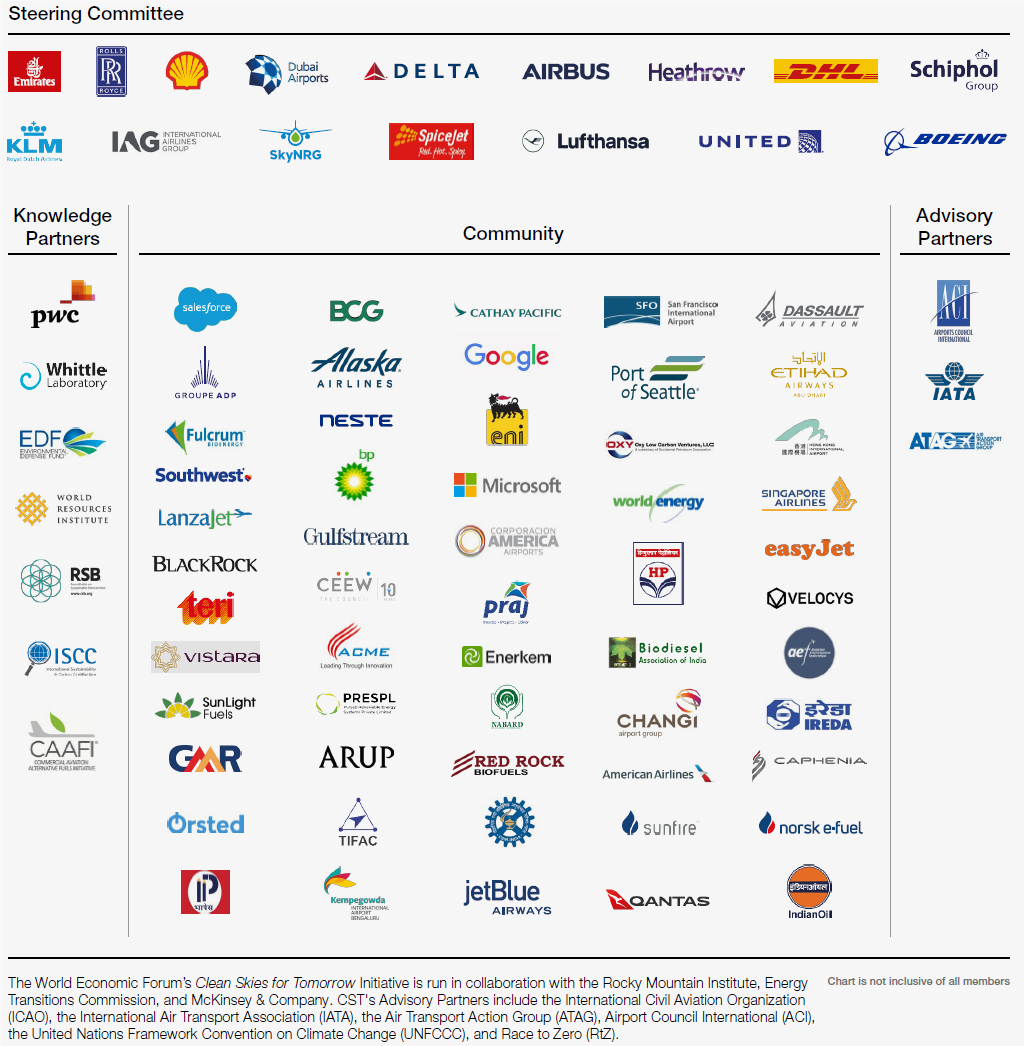 Figure 1. The mebers of the Clean Skies for Tomorrow forum. Source: The World Economic Forum.

The forum produced a report: Sustainable Aviation Fuels as a Pathway to Net-Zero Aviation (highly recommended reading for the interested). It’s useful as it gives a baseline in the tricky field of SAF. There are many ways to produce the hydrocarbons that make a SAF, and not all are important ones.

Who decides what is an acceptable SAF and not?

The body that certifies aviation fuels and, therefore, SAF and its acceptable blend ratios is The American Society of Testing and Materials (ASTM). All aircraft and engine OEMs rely on ASTM to say what goes in the fuel tanks and what does not.

ASTM has approved seven alternative jet fuels for blending with conventional fossil jet fuel up to a specific blend ratio in their standard D7655. The resulting blends meet the Jet A/A-1 specifications D1655 and can thus safely be used in commercial aviation without further adjustments.

The presently accepted SAFs and their importance

Below we list the key SAF variants accepted by ASTM and their importance. Figures 2 and 3 are from the Clean Skies for Tomorrow report.

HEFA: Hydroprocessed Esters and Fatty Acids, also labeled HEFA-SPK. It’s the classical oils and fats route to SAF, Figure 2. It’s over 95% of today’s SAF and will stay above 80% by 2030, according to experts. The feedstock is larger than one thinks. Rigorous care is taken by the SAF industry to not compete with feedstock for food production. There are many ways to avoid that; read the report for details. 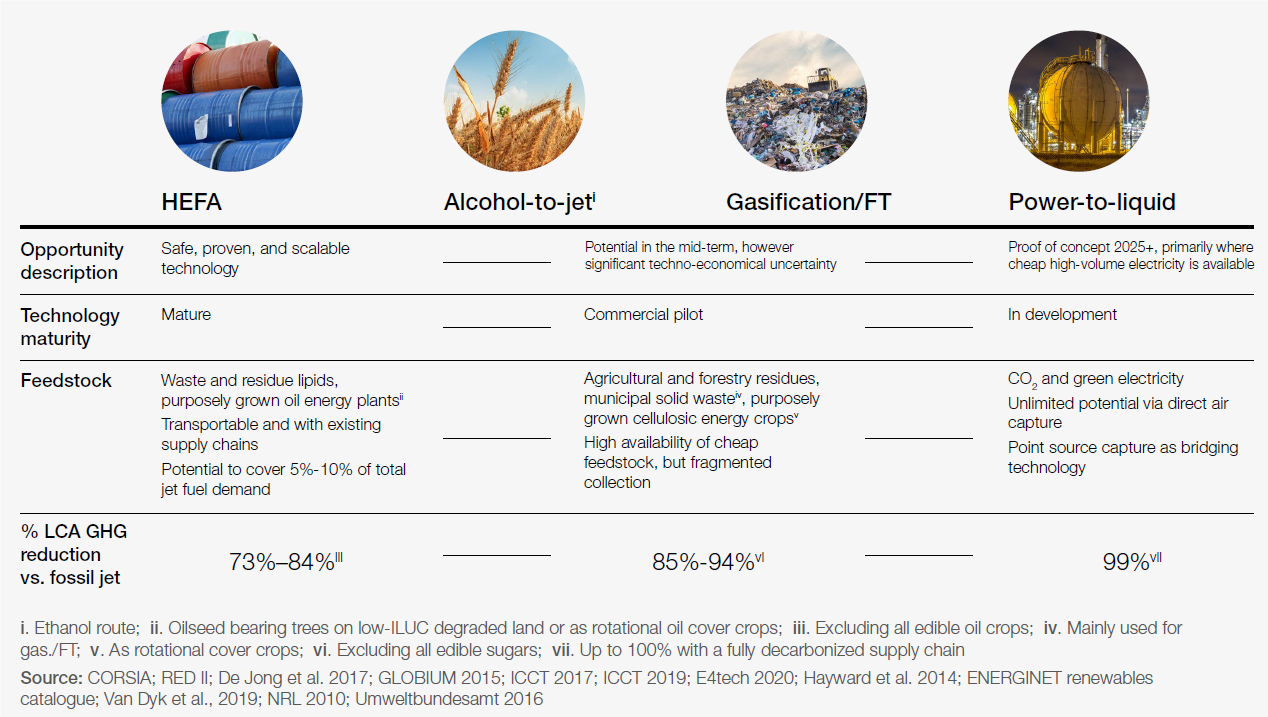 To explain the line ” % LCA GHG reduction vs. fossil jet “: It looks at the complete pathway and measures all energy use and their GHG emissions, including what the fuel contributes, and compares it to the emissions from Jet A1.

The Alcohol-to-jet pathway converts biomass to ethanol, isobutanol, or methanol and then into SAF. The ethanol route was added to the ASTM-approved fuels in 2018; the others are not certified. Look at Figure 3 to understand the importance of Alcohol-to-jet and other SAF variants in the near term. 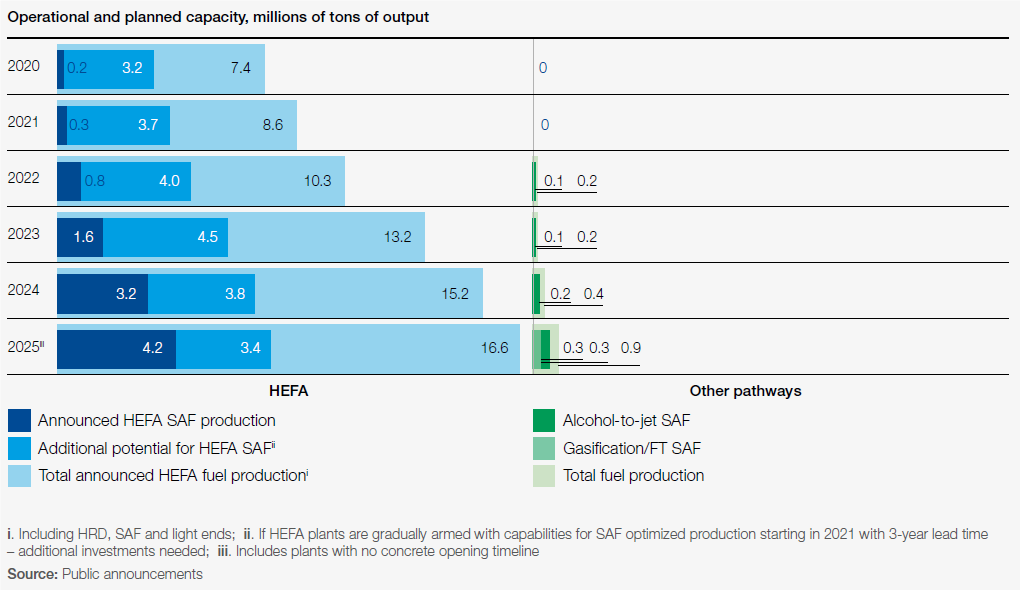 Figure 3. The production volumes of the different SAF types to 2025. Source: Clean Skies for Tomorrow report.

The SAF report was issued in November 2020. We have the result for 2022 today. The SAF production volume was at the dark blue area level, about 0.2m tonnes, compared with a Jet-A1 consumption of 300m tonnes.

Gasification+Fisher Tropsch is a biomass but, more importantly, a waste pathway. It has little importance until 2030 but has high long-term potential. The feedstock potential is vast as society produces abundant waste, but the waste collection process must be established that results in pyrolysis that produces syngas and then SAF.

Power to Liquid or e-fuel is a long-term source, but we must have cheap energy that can’t easily be routed to consumers to motivate this pathway. Direct capture of Sun energy and production of SAF in reactors is one long-term possibility that doesn’t compete with other energy uses; there are others. They have in common that until 2030 and possibly until 2050, this is a parenthesis because of the energy costs of grid energy and the time it takes to build alternatives dedicated to Syngas production (from which you can produce hydrogen or SAF).

The grounding of the SAF discussion

The work by the Clean Skies for Tomorrow forum and this SAF report is invaluable as it sets the scene for SAF. The importance of HEFA is evident, and the minor roles of other pathways (at least near term) are important to understand.

An example of the value of the forum and the report: The role of algae as feedstock is classified by the report (and thus the experts) as unclear, and the approved ASTM blend ratio is only 10% at the report’s writing. As a consequence, it’s not part of the main pathways to SAF. Good to know, as it always surfaces as an important pathway in discussions.

Next Corner, we dig deeper around SAF feedstocks, SAF production fractions from feedstock, and the cost of SAF.