AirInsight has an interesting analysis of the market share of the GTF vs the LEAP on the A320neo family. This was completed while the Singapore Air Show was underway and orders still being announced.

The analysis only covers the neo family, where there is competition between CFM International and Pratt & Whitney. CFM is exclusive on the Boeing 737 and COMAC C919 and PW is exclusive on the Mitsubishi MRJ and the Bombardier CSeries. PW shares the engine supply position on the Irkut MS21 with a Russian powerplant.

Thus, the neo family competition provides a better snapshot of how the two engines stack up in the view of customers.

A couple of points of note for the AirInsight analysis: GECAS buys only GE engines, so PW had no chance in this exclusive-supplier scenario; and Republic’s CFM selection was part of a financial rescue package involving GECAS (which leases A319s and A320s with CFM engines to Republic subsidiary Frontier Airlines) and CFM (which restructured CFM maintenance agreements). We detailed the Republic order at the time. We also wrote this piece about how the GE powerhouse combines to win deals. The family deal with GECAS and the rescue package for Republic account for 280 of the 533 LEAP engines ordered to-date.

Separately, we’ve been provided some diagrams by CFM for publication about the LEAP and how its architecture and technology benefit from the GE90 and GEnx. These illustrations are below the jump. 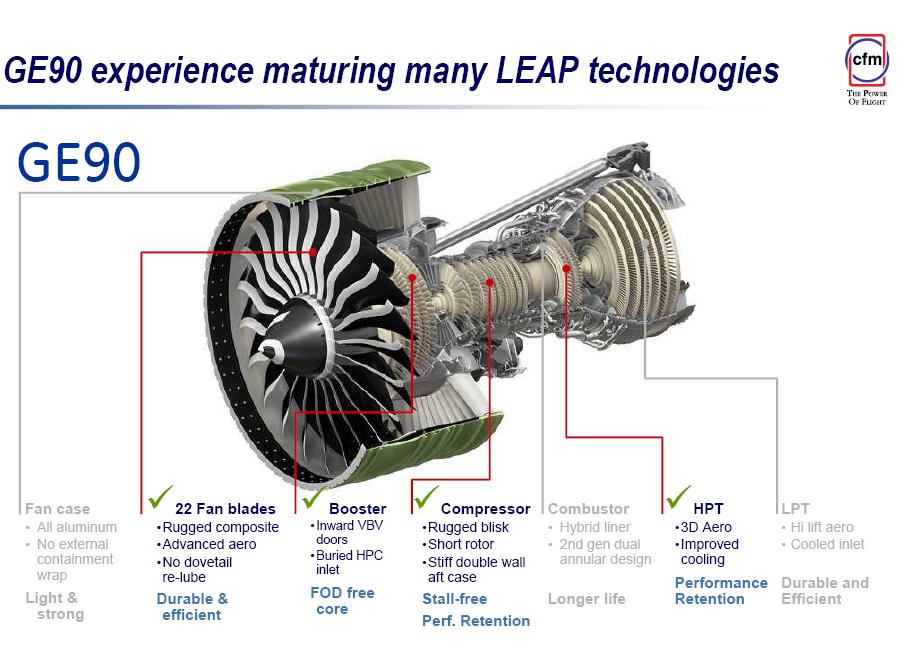 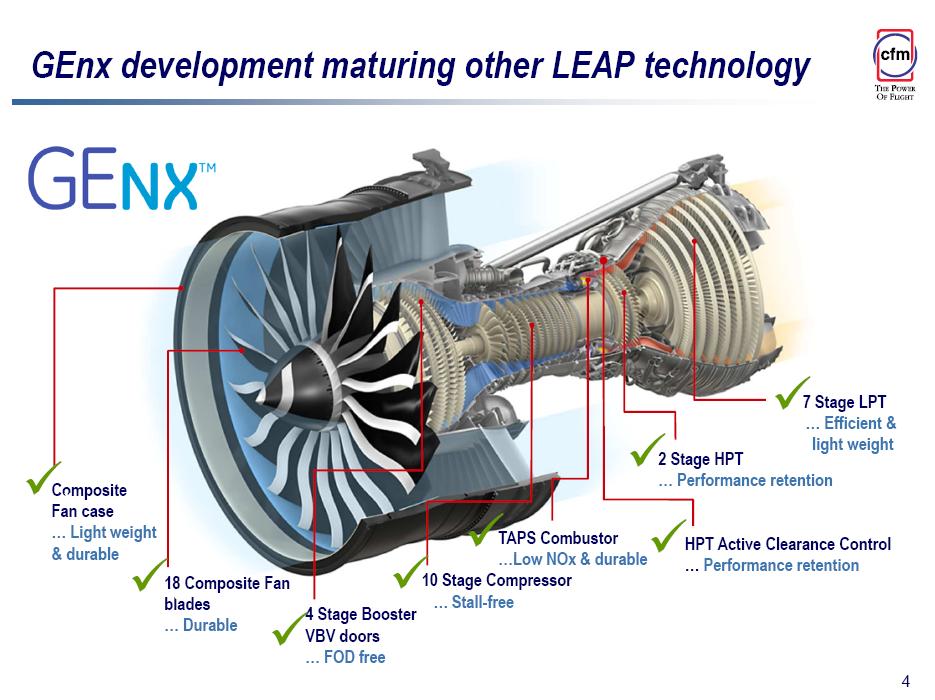 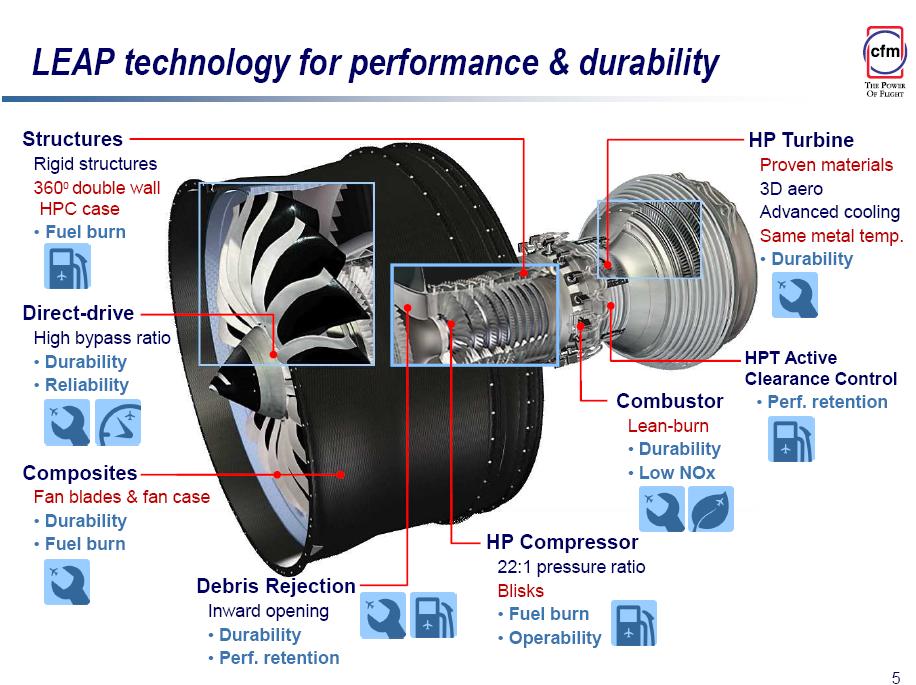 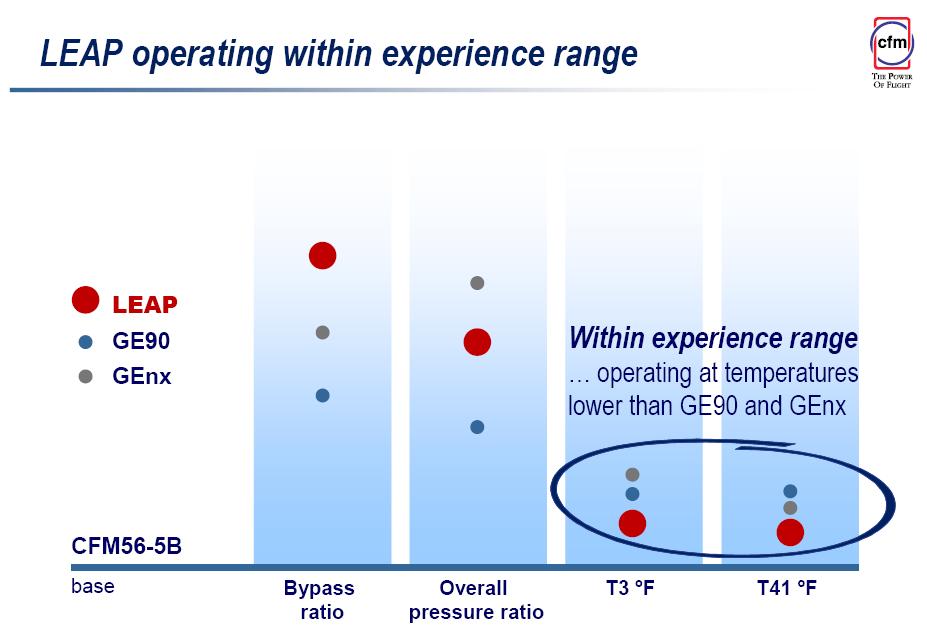