If Airbus does stretch the -1000, what does this stretch look like? One that will match the 9X range and capacity? Or one that matches the capacity but not the range?

Here are the implications of the dilemma facing Airbus.

For a long time, Airbus officials said they were satisfied with the design, once tweaked, of the -1000 and they didn’t need to respond to a “paper” airplane. The characterization had a ring to it, for that’s what Boeing officials often said about the -1000: it wasn’t a “real” airplane, they didn’t know what it was, it was a “paper” airplane or some variation thereto.

Of course, this was rhetoric by both parties. Lufthansa Airlines ordered 34 777-9s. A huge order+option commitment is anticipated at the Dubai Air Show from Emriates Airlines for the -9 and the smaller, ultra-long range (ULR) -8 that is sized directly across from the -1000. Airbus is now faced with the prospect of Boeing once more having a monopoly position with the 777-9 as it did for many years with the 777-300ER.

Does Airbus want to cede the 400-seat segment to a Boeing monopoly? The question is, how big is this segment? Is there a business case to build the airplane, or one that’s big enough for two airplanes?

The 777-9 will kill the near-dormant 747-8 Intercontinental and will likely eat into sales of the Airbus A380. Does Airbus avoid cannibalizing its own product or does it allow Boeing the monopoly to do so? 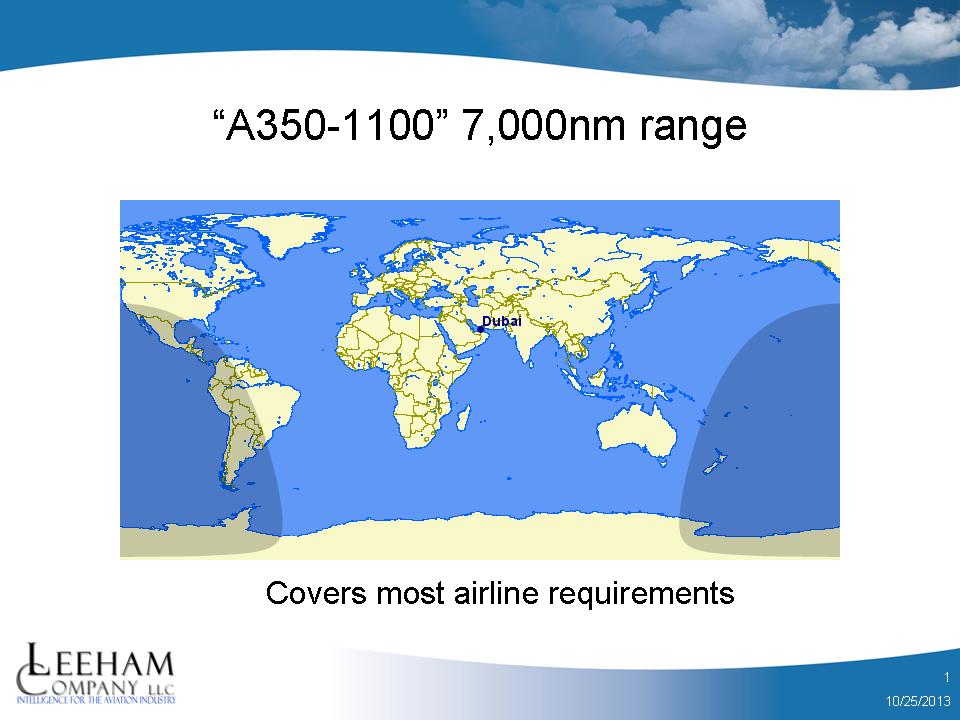 To match means a major undertaking for a small number of airlines that need a plane with this range. It means a new wing–typically a $3bn project, more or less–and new engines in the 104,000-105,000 lb thrust range. The Rolls-Royce Trent XWB on the A350-1000 is 97,000 lbs and it can’t be pushed any farther, our information tells us. The cost of developing an entirely new engine for such a narrow market doesn’t have a business case. One might exist on the presumption that engines have to get bigger, and a new engine design would provide the basis for an entirely new generation of engines. After all, the Trent fundamentally has been around since the A330. It may well be time, but is an A350-1100 the product from which to develop it? Furthermore, it takes at least seven years to develop a new engine and probably a lot longer. The engine is the pacing item, far more than the airframe. Even if the go-ahead were given this minute, Airbus and RR would be hard-pressed to come up with an A350-1100 by 2020, when the 777-9 EIS is anticipated. So…

The 787-10 Approach
The most viable option for stretching the A350-1000 appears to be following the approach Boeing took with the 787-10: a couple of simple fuselage plugs, some enhancements to the existing engines, the same wing and reduced range that covers 90% of the markets required by the airlines–foregoing the miniscule need by Emirates Airlines for that last 5%-10%. 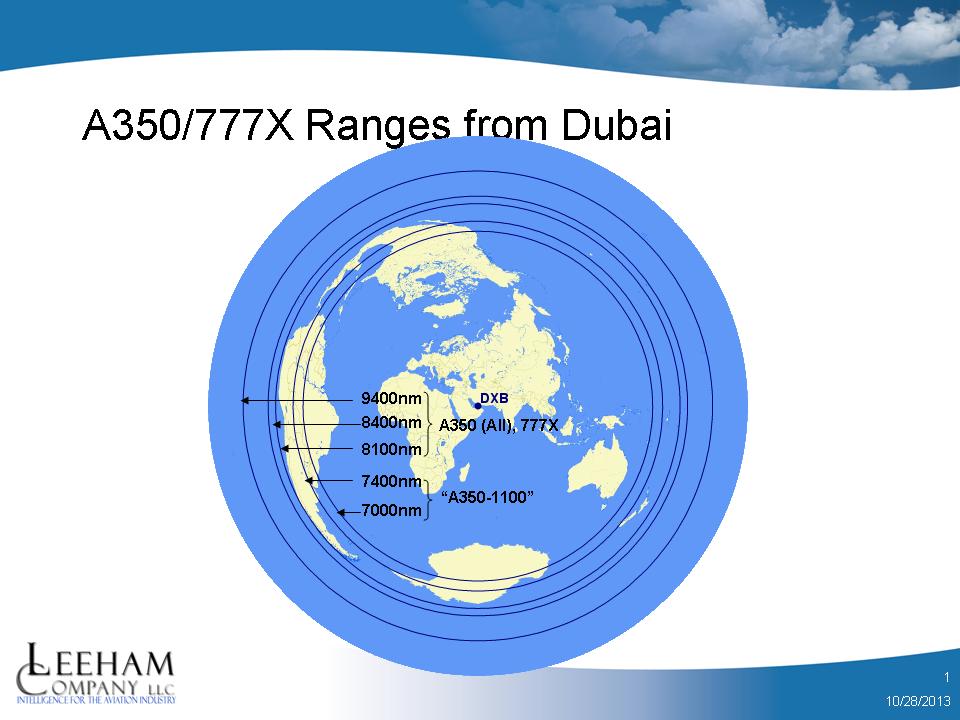 An A350-1100 with reduced range of 7,000nm-7,500nm and a 400 seat capacity would have highly favorable cost per available seat miles. It wouldn’t get you from Paris to Tahiti, but how big is this market? It wouldn’t get you from Dubai to Los Angeles, but are billions of dollars worth of R&D to do so going to get the return on investment to make sense for this airplane?

The clear choice, the financially responsible choice, and the expeditious choice appears to follow the Boeing approach and develop an A350-1100 (or, perhaps, the “A350-1000-10”).