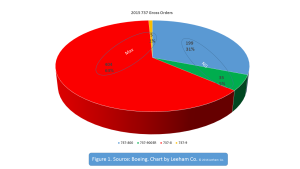 The -9 MAX nonetheless currently accounts for about 9% of the MAX backlog (Figure 2.) 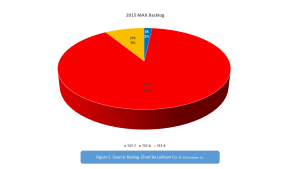 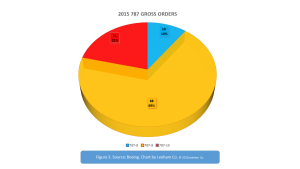 The 787 is becoming increasingly a two-member family. There were only eight sales of the 787-8 and six of these are known to be the Terrible Teens, built early in the production line. These are for Ethiopian Airlines. Two 787-8 BBJs were sold and two for Air Austral. We don’t know if any of these were from the Terrible Teens. 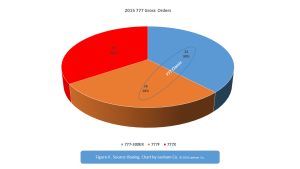 The 777 Classic sales did not meet the low-end threshold Boeing has identified as necessary to successfully bridge the gap between the Classic and the 777X without reducing the production rate beyond the previously announced 7/mo, down from the current 8.3/mo.