Today we will finish the series by discussing how an autopilot, or as the OEMs call it, an Autoflight or Automatic flight system, is added to the aircraft’s control system. An autopilot is most of the time combined with a flight director and a Flight Management System (FMS).

We will mention how these fit in the picture but focus on the autopilot, once again to keep it simple and avoid trying to cover too much. The autopilot subject is large enough.

Autopilots work by off-loading the pilot the direct hands-on flying of the aircraft. Constantly guarding an aircraft from the different oscillating flight modes we went through two weeks ago is tiring. On top of flying the aircraft in a controlled mode, the more sophisticated autopilots can control the aircraft in a multitude of modes and help with procedure flying.

The principal way an autopilot interacts with the aircraft is described in Figure 1.

This happens to be a picture from the Airbus A320 implementation but Boeing’s block schematic is principally the same, Figure 3. The autopilot computer is in both cases layered on top of the basic flight control system. This is also the case with a classical mechanical control system. Then the autopilot needs to physically move the controls and therefore adds servos as interfaces to the aircraft’s controls.

Here are the basic modes of an autopilot as we go from take-off over cruise to landing. We start with simpler stand-alone autopilots (Figure 2), 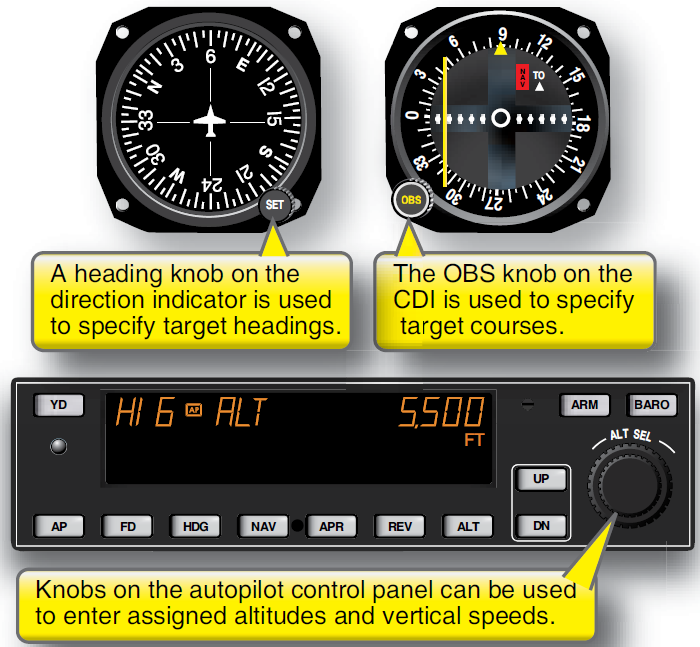 and then describe how Airbus and Boeing FMS controlled autopilots would work (Figure 3). 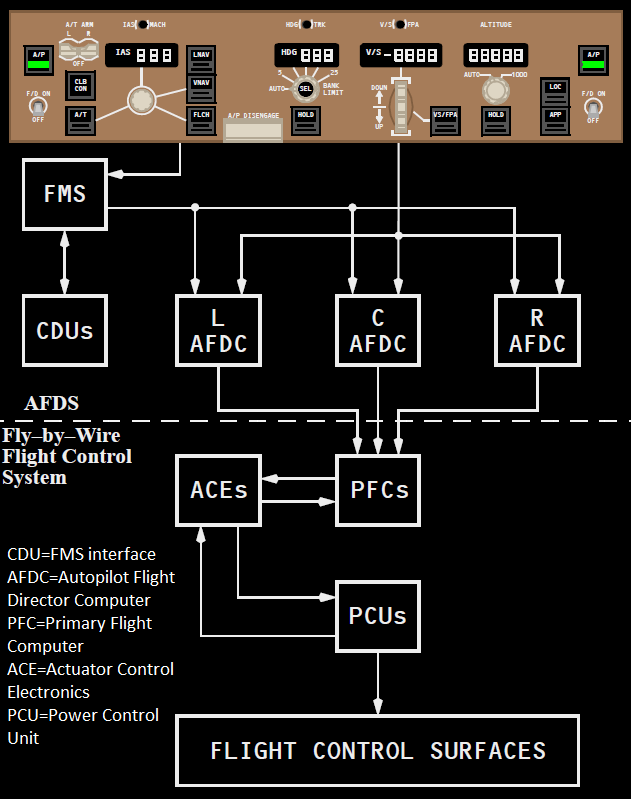 A flight director (FD) is an additional computerized pilot aid that calculates the pitch, roll and yaw angles that are needed to fly a certain path or procedure. For example, after take-off the FD shows the pitch angle to hit the optimal climb speed and the heading to hit the set track. The FD does that with a cross hair in the primary flight display or through a V shaped bug to follow. During cruise and approach the FD shows how to pitch and roll the aircraft to follow the set paths. For landing, it shows the roll and pitch angels needed to gradually capture the ILS beams.

If an aircraft has a flight director system, the FMS uses the FD to control the aircraft either by having the pilot or the autopilot giving the pitch and roll commands to follow the FD and thereby the FMS’ instructions.