Rolls Royce, Microsoft and Singapore Airlines: Time to analyze all that data

July 12, 2016, ©. Leeham Co. Farnborough Air Show: Rolls Royce announced a strategic agreement for big Data analysis with Microsoft at yesterday’s Farnborough Air show. Rolls-Royce for years has been monitoring the health of their operational engines run under TotaICare services agreements. This monitoring has been performed on rather modest data samples from the aircraft’s engines.

It is now time to analyze all the information available from the engines and the airframe to gain further operational advantages like lower fuel burn, higher in service reliability or lower maintenance costs. We are then talking about data volumes in another ball-park than what has been captured and analyzed under TotalCare so far. 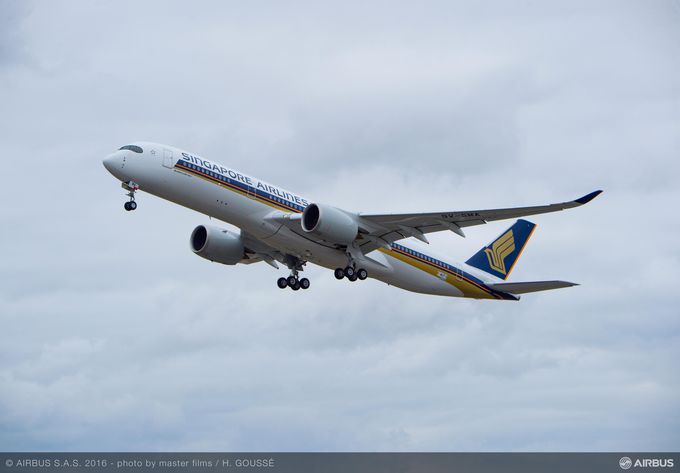 “Engine data monitoring has primarily been done up until now to ensure reliable operation and to recognize developing problems in their infancy,” says Rolls-Royce Senior Vice President Service Tom Palmer. “With the help of Microsoft and their world wide Azure cloud computing platform, we can now take engine and airframe operations analysis to the next level. This will ensure that we further reduce our customers fuel consumption and provide them with a more cost effective maintenance program. We will take the digitization of engine and aircraft operations to the next level.”

Slumbering data stores
There is a lot of data that is being recorded in an aircraft. One source of data is the engines with their digital control computers. Another is the airframe where one can tap the 2,000 data items which are sent to and recorded for the Flight Data Recorder (one of the black boxes).

By getting both those data streams off the aircraft in their full volume, new analysis techniques can be applied and one can predict how the engine and aircraft should be flown and maintained for an even higher fuel efficiency, lower environmental footprint and lower engine maintenance costs.

To handle the large data sets, spanning into Terabytes of data, one needs data transportation and compute platforms which are suitable. Where the present Visium suite of software tools from Rolls-Royce is based on rather low data rate reports from the engine computers over the aircraft’s ACARS operations data network, the new analysis initiative aims at using all data generated by the engine and the airframe, offloaded via high data rate networks.

The resulting data volumes are drastically different and therefore require a worldwide high volume, secure data sharing platform backbone. To analyze the wast data sets one need different tools as well. These has to be adapted to Big Data mining, more than the discrete data monitoring of a limited number of parameters as has been done in Visium to date. Rolls-Royce is not in the business of developing and hosting such a platform or creating such tools. Therefore they sought the partnership with Microsoft’s business side which has developed its Azure cloud computing platform and Cortana analysis tools sets for such purposes.

What can an airline get out of such data mining?
On the sidelines of the cooperation announcement, we spoke with Singapore Airlines Captain KK Goh, Vice President Flight Operations Control and Technical, about what Singapore Airlines can expect to get out of a deeper analysis of their operational data.

“We have of course been focusing our fuel burn in continuing programs over the years. So we are not un-optimized in this domain,” he said. “Yet again, we have not been able to combine all our vast sources of operational data to see if we can come further in a number of important areas like further operational optimization in fuel and environmental footprint reduction by, for example, flying the aircraft slightly differently. This can also be applied to the reliability and maintenance cost domain.”

“We are excited to be the validating customer for this co-operation, to be the part that guarantees that what comes out has real operational value,” Goh said. “We are convinced we will find further optimizations that we can apply. There is so much information we have that we have not been able to adequately analyze so far.”

4 Comments on “Rolls Royce, Microsoft and Singapore Airlines: Time to analyze all that data”