Trump reverses self on ExIm Bank

April 13, 2017, © Leeham Co.: President Donald Trump reversed himself and now supports the US Export-Import Bank, according to news reports. He will appoint

Donald Trump suddenly discovered the US ExIm Bank was a “profit center” for the US Treasury. Photo via Google images.

ExIm, Trump now says, is a profit center for the US Treasurer.

His sudden understanding on this revelation is like his eye-opening realization that dealing with the North Korean situation isn’t easy.

Supporters of ExIm pointed out for years that the Bank returns money to the US Treasury.

ExIm became a target for closure by Tea Party and conservative Republicans during President Obama’s first term. Reauthorization by the Republican-controlled Congress was at first blocked, then granted a one-year extension and finally a five-year approval.

But by then terms of some board members expired. Obama nominated new members, but the US Senate refused to approve the nominees, denying the board a quorum. As a result, no deals valued at more than $10m could be approved.

Putting a hold on nominations was Sen. Richard Shelby, a Republican, from Alabama.

Although no fingerprints can be found that Shelby is blocking ExIm because its biggest customer is Boeing, the fact is that Airbus has an A320 assembly plant in Mobile (AL), of which Shelby is a strong supporter, and Airbus right now is blocked from European Credit Agency export credit support due to problems of its own.

Trump’s about face on ExIm was immediately touted as a victory for Boeing, and for GE, both of which benefitted the most from ExIm due to the sheer dollar size of their international transactions. But ExIm also supported thousands of smaller companies.

Whether Trump can get his ExIm nominees past a recalcitrant US Senate and persuade Shelby to rescind his opposition will be a test of Trump’s self-proclaimed deal-making abilities.

ExIm was derided by critics as “Boeing’s bank” and an example of corporate welfare because its airplane deals accounted for the majority of the dollar volume ExIm backed.

To be sure, credit guarantees to the likes of Emirates Airline are open to criticism. However, other deals—like an order for 201 Boeing 737NGs and MAXes—to Indonesia’s LionAir and certain African airlines buying the Boeing 787, for example, clearly pass the “need” test.

Before Airbus’s access to ECA financing was cut off due to failure to disclose certain consulting relationships in airplane deals, as required by the ECAs, shutting down ExIm put Boeing at a disadvantage.

The answer to this is yes and no.

BCC has purchased 747-8Fs from Boeing Commercial Airplanes and leased them to cargo airlines in Russia and elsewhere. But BCC is a subsidiary of The Boeing Co. and the corporate balance sheet can accommodate only so much.

However, BCC didn’t stand still. Officials worked to create a market-place financing alternative to ExIm, one that would not tap Boeing’s balance sheet. 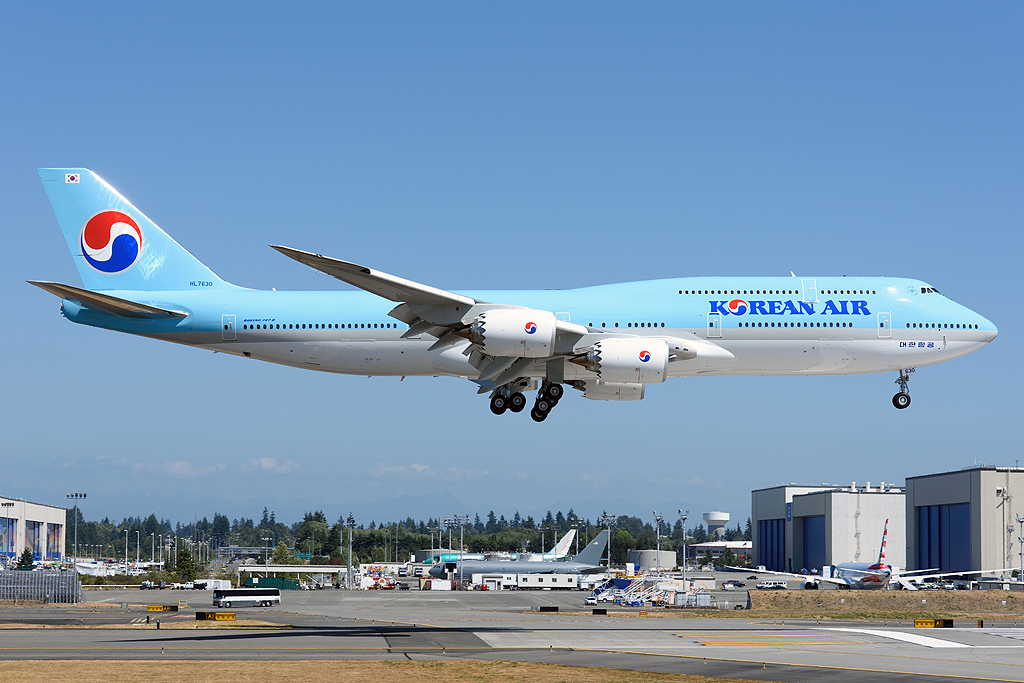 Korean Air Lines is the first to use a new financing mechanism created by Boeing Capital Corp. in lieu of ExIm Bank financing. Photo via Google images.

Flight Global reported as far back as last June that BCC was working on a structure and in February, reported more details.

This month, Flight Global reported (behind its paywall) that Korean Air Lines is the first to use a new BCC-driven insurance structure in lieu of ExIm.

The structure is called the Aircraft Finance Insurance Consortium (AFIC). It was used for a 747-8, and two 787-9s scheduled for delivery next month and July will also be financed through AFIC, Flight reports.

“Boeing Capital is understood to have reached out to Wall Street institutions in 2016 to create an alternative structure to export credit guarantees,” Flight writes.

“The insurance under the AFIC structure is understood to carry premiums to an Ex-Im loan which is guaranteed by the “full faith and credit” of the US government.”

← Could an NMA be made good enough, Part 4?
Bjorn’s Corner: Aircraft engines, sum up →

27 Comments on “Trump reverses self on ExIm Bank”