Actual prices paid—not the list prices or some guesstimate—is constantly a topic at conferences and in other conversations. The Airfinance Journal conference last week in New York, the ISTAT conference in San Diego last March, and at other events, conversations typically turn to pricing. 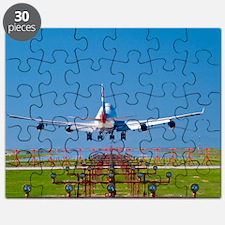 Finding out the price paid for an airliner is a jigsaw puzzle. Source: Google images.

The industry goes to great lengths to keep pricing confidential, for all the obvious reasons.

Forty years ago, the US Department of Transportation required airlines to file aircraft purchase price information as part of their plethora of data demands from the industry. For many years, the carriers dutifully did so.

The appraiser community relied heavily on the DOT information. But the airlines began objecting, because anyone (most notably, their competitors) could view the data. Eventually, the airlines persuaded DOT to give this information confidential treatment.

Thirty years ago, I co-founded Commercial Aviation Report. I discovered a gold mine of information in the registration papers filed with the Federal Aviation Administration.

For 18 months, CAR published this data. Over the course of time, more and more airlines and lessors began redacting it as confidential. It wasn’t until more than 50% of the filings did so that I filed a protest with the FAA and requested the redaction policy be reversed.

The matter became a federal case. The FAA published in the Federal Register a formal review process. The airlines and lessors had their lawyers and law firms object. My law firm made legal arguments for me.

I resided in Dallas at the time and used a Dallas firm. American Airlines-which spread business around to just about every local law firm—ultimately objected to the firm I used, citing a conflict of interest. I had to go to an Oklahoma firm (where the FAA registration filing office is located) to complete the case.

I knew it was a losing proposition from the start. The FAA was and is in bed with the airlines. The airlines and lessors said this commercial information was sensitive and proprietary. I argued there was a “greater good” for industry players to know the information.

US Air sniffed that I wanted the information for my own commercial benefit.

One lessor, whose president was a good friend, wrote a detailed letter to the editor basically saying the information was none of my business.

Of course, the FAA ruled the information was indeed commercially sensitive, proprietary and could be properly redacted.

So now we all rely on market information, telephone calls and conversations to get a sense of how much who pays for what.

It’s not that simple, of course. There are so many other commercial terms and conditions and other factors that go into a deal that saying XYZ Airlines paid $115m for a Boeing 787-8 hardly scratches the surface. A more reliable way to price an airplane is to find out the lease rate and, if possible, the lease rate factor of a new 787-8.

Today, some of the lease rate factors will blow your mind for how low they are. But this is indicative of the health of the airplane market or the supply and demand of airplane types.

It’s all a piece of the puzzle. It’s just sometimes as difficult as jigsaw puzzles.